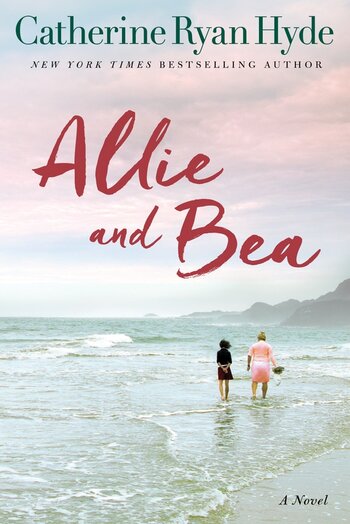 Allie felt the walls of her life close in around her.

She was going to try something. She had to try.

She heard his fingers tapping a rhythm on the other side of the door.

Good. He was right there. Right in the trajectory of this heavy, metal-encased door.

Allie pulled back a step, holding the door handle, and threw all her weight, every ounce of her energy, into sending the door flying open. She felt it hit him. Heard an “oof” sound come from him. Then the door swung freely again, until it hit his legs where they lay on the concrete.

She burst out through the open space, her breath coming in ragged gasps. He was down. Down on his back, blood streaming from his nose. She had hit him cleanly in the face with that heavy door. Maybe even broken his nose. And there was a split on his forehead that was bleeding heavily, so he hopefully had a concussion.

She jumped over him.

She winced, expecting him to grab for her ankle. He didn’t. Or he missed. She didn’t know which one. Only that she was across him, and free.

She sprinted around the station to the street, desperately looking back over her shoulder. Expecting him to be up, on his feet. Right there, gaining ground. Ready to grab her.

He wasn’t there. Not yet. Somehow he must still have been down.

She ran past the mini-mart door, craning her neck to look inside. But she could see no one behind the counter. She couldn’t take a chance on that.

She looked behind her again. Still no giant.

Allie bolted for the street.

Traffic was light to nonexistent as Allie ran out into the middle of this business route section of Highway 1, desperately holding out her thumb.

The only car she could see coming was a shabby older white van with some kind of writing on the side. As it pulled closer, Allie could see an old woman behind the wheel, and, on the dashboard, a curled and sleeping cat.

This odd pair of travelers were looking like her one and only chance.

The girl was a good half-block down, standing in the middle of the traffic lane. Bea was speaking in a normal tone of voice with the windows rolled up tight. So it was a set of comments made to herself, not so much to the hitchhiker in question. Which might explain why it had that nice forceful tone, like something she’d say in one of her imaginary confrontations. Bea hadn’t experienced one of those flights of fancy since leaving home. Life was changing. She was braver on the outside these days.

The girl looked impossibly young to be standing out in the road by herself. Like a child. A little girl. Which probably meant she was halfway through high school. The older Bea got the younger these kids appeared.

This one… there was something wrong with her. She couldn’t hold still. The closer Bea drove to her, the more she could see the child’s unnatural agitation. The girl was jumping around. Looking over her shoulder. Waving the arm that held out the offending thumb—the one that presumed Bea’s precious van could be hailed like a taxicab. Waving it wildly, as though Bea would somehow not notice it without all the theatrics.

Drugs, Bea thought. She must be on drugs. So many of the kids are these days. Not like when I was a girl and we were busy working part-time jobs and getting good grades. We had no time to engage in such dangerous foolishness.

As she pulled close enough to see the girl’s face, Bea could only assume the girl could see Bea’s face as well. She knitted her brow down until she could feel the wrinkling of it. She shook her head firmly.

The girl did exactly the opposite of what Bea expected. She jumped right into the path of the moving van.

Bea slammed on the brakes to keep from hitting her. Phyllis rolled forward a few inches and bumped the windshield. She struggled to right herself, shot Bea a resentful look, and jumped down into the litter box, slithering under the passenger seat.

Bea looked up to see the girl leaning over the short, compact hood of the van, pounding on the windshield.

Bea powered the passenger window down to better express her rage.

“What on earth are you doing? You could have been killed!”

Much to Bea’s surprise, the girl reached through the open window and pulled up the lock button. She opened the passenger door and jumped in.

“What are you doing? Get out of my van!”

“Ah!” the girl cried. “Why am I stepping in kitty litter?”

“Because you’re someplace you have no right to be! Get out of my van!”

The girl didn’t get out of the van. She slammed the door behind her, then threw herself between the seats and landed on the metal floor of the vehicle, inches from Bea’s recliner. She scooted along on her belly to the back window.

Catherine Ryan Hyde is the author of 32 published books. Her bestselling 1999 novel, Pay It Forward, was adapted into a major Warner Bros. motion picture and made the American Library Association’s Best Books for Young Adults list. More than fifty of her short stories have been published in journals. Her short fiction received honorable mention in the Raymond Carver Short Story Contest and a second-place win for the Tobias Wolff Award. She also won nominations for Best American Short Stories, the O. Henry Award and the Pushcart Prize. Catherine is also the founder and former president of the Pay It Forward Foundation and a professional public speaker.