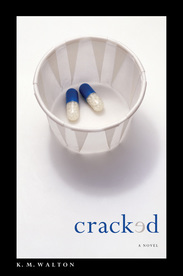 I HAVE WISHED THAT BULL MASTRICK WOULD DIE almost every single day. Not that I would ever have anything to do with his death. I’m not a psychopath or some wacko with collaged pictures of him hanging in my room and a gun collection. I’m the victim.

Bull Mastrick has tortured me since kindergarten. I’m sixteen now, and I understand that he’s an asshole and will always be an asshole. But I wish a rare sickness would suck the life out of him or he’d crash on his stupid BMX bike and just die.

Lately, as in the past two years of high school, he’s been absent a lot. Each day that he’s not in school I secretly wait for the news that he’s died. A sudden tragic death. As in, not-ever-coming-back-to-school-again dead. Then I’d have some peace. I could stop looking over my shoulder every five seconds and possibly even digest my lunch. Bull has a pretty solid track record of being a dick, so death is my only option.

Last year Bull pantsed me in gym. Twice. The first time was — and I can’t believe I’m even allowing myself to think this, but — the first time wasn’t that bad. It was in the locker room and only two other guys saw me in my underwear. And they’re even more untouchable than I am. They’re what everyone calls “bottom rungers.”

Fortunately, the bottom rungers just dropped their eyes and turned away.

But a few weeks later Bull put a little more thought and planning into it. He waited until we were all in the gym, all forty-five of us, and when Coach Schuster ran back to his office to grab his whistle, Bull grabbed my shorts and underwear and shouted, “Yo, look! Is it a boy or a girl?”

I’m not what anyone would categorize as dramatic, but it seriously felt like he grabbed a little of my soul. I remember standing there like a half-naked statue—not breathing or blinking—as wisps of me leaked out of my exposed man parts. I heard a snort, which unfroze me. I slowly bent down, pulled up my underwear and shorts, and walked back into the locker room.

And puked in the corner like a scolded animal.

He got suspended for it, which earned me two guaranteed Bull-free days in a row. You think that would’ve made me feel better. But each time I walked down that hallway in school or thought of the forty-five fellow ninth graders — eighteen of them girls — seeing my balls, I would gag. Then I’d run to the closest bathroom and regurgitate perfectly formed chunks of shame and disgrace.

Bull has a habit of triggering my body functions. In second grade, he made me pee my pants on the playground. He sucker punched me, and I landed face-first in a pile of tiny rocks. Bull squatted down just so he could use my head to push himself back up, squishing the rocks further into my face. He had just enough time to tell everyone I’d peed my pants before the playground monitor wandered over to see what the commotion was.

I lay facedown for as long as I could. I knew I’d peed my pants. I felt the warm humiliation spread through my tan
shorts. And I knew that as soon as I stood up, the difference in color would be a blinking arrow, alerting the entire playground that yes, Victor Konig had just pissed his pants.