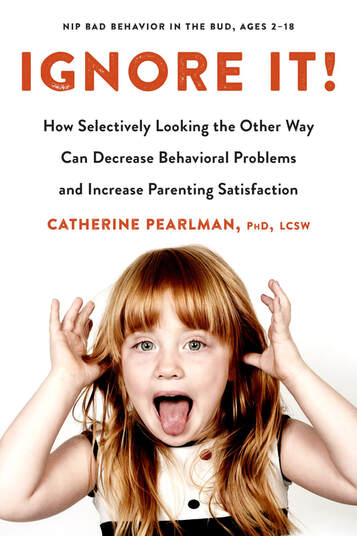 Parenting used to primarily concern providing love, some structure, and meeting the basic needs of children. That was pretty much it. As a child, if I forgot my flute at home, no one was going to bring it to me before band practice (feel free to call my mother on this one). If I got a bad grade on a test, neither of my parents would have considered debating the issue with my teacher. In fact, they probably didn’t even know about it. Times were different. Kids were often implored to fend for themselves.

Nowadays, mothers and fathers work hard to prevent children from experiencing any kind of discomfort. Parents are protective by nature, but some consistently intervene to help children avoid any kind of failure. This is an enormous mistake. Children learn from their experiences, but when parents repeatedly butt in on each and every troubling matter, they set children up to have difficulty navigating the real world.

Failing to allow for consequences for behavior we would like to see changed is akin to promoting it. A teen who sneaks out his bedroom window after dark but experiences no punishment is likely to think that behavior is okay with his folks. What of the child who asks for an extra cookie, is told no, but takes one anyway? Here’s the lesson she learns: “To heck with rules, to heck with laws. This is my world, and when I want a chocolate chip cookie, I’m taking it. Who is going to stop me?”

Some parents impose consequences with reckless abandon. They are authoritative in nature and expect an extraordinary level of compliance. When parents take away privilege after privilege, eventually children feel there is nothing left to lose. There is no way to discipline a child who just doesn’t care anymore.

Take away a teen’s phone, computer, and video game at once and the child might lose all motivation to improve behavior. This is the danger of using consequence too frequently or too harshly. Often, parents who are punishing constantly are also forgetting to reward children for their positive behavior.
That’s a double whammy.

The last mistake made by parents is putting forth a consequence that has no impact. If mothers and fathers take something away from the child that has zero emotional value, the child will not feel the impact. Therefore, the consequence will have no effect on curbing future behavior.

Outcomes to behavior that are not orchestrated by parents are called natural consequences. Children learn from unpleasant moments.

If you never trip over untied laces, you fail to see the importance to tying them. These sort of lessons—painful, uncomfortable, requisite—help children decide to do it all differently next time. Nothing modifies a child’s behavior more efficiently than natural consequences.

Here are some classic examples of children receiving natural consequences:


Here’s the trouble: because parents intervene prematurely, children often miss the unpleasantness of their actions. Mom and Dad swoop in to rescue the day. And, to be clear, I understand the impulse. We all want to do a good job parenting. But without realizing it, parents who preempt the lightbulb moment remove the learning opportunity for children. We have to let our kids fall, scrape, cut, fail, underachieve.

If parents let children deal with their mistakes, invaluable lessons are learned. The tricky part is allowing children to have the “oh, crap” moment. Resist the strong urge to save the day. By using Ignore it!, parents can learn to tolerate the barrage of begging, whining, and negotiating that surely follows when one says, “No, I won’t drive you to school because you missed the bus. You will have to walk,” or when your child insists that you are the meanest parent in town because you refuse to offer an alternative for dinner. Hang tough and Ignore it! all. By using Ignore it!, parents can kill two birds with one stone. They will not reinforce the behavior (not brushing hair) that resulted of a natural consequence (hair being cut off). Additionally, they will not be reinforcing the response behavior (whining, arguing, etc.).

There are three situations where natural consequences cannot be used.

1.   If the consequence would not be felt by the child immediately, this usually breaks the connection between the action and outcome. Therefore, the child may not learn a lesson from the potential discomfort of an action.
2.   Natural consequences cannot be used when the outcome is dangerous. For example, we can’t just allow kids play in the street and risk getting hit by a car or allow them to stick their hands in fire. Parents need to take precautions so that children are safe from danger.
3.   When others might be hurt by the child’s behavior, parents should intervene. If a child decides to take scissors and cuts his little sister’s hair off, who feels the natural consequence? The little sister, not the hair cutter. Therefore, parents will need to use other kinds of consequences to show the boy he cannot cut hair.

Note: This piece is adapted from Ignore It! by Catherine Pearlman, Ph.D., with the permission of TarcherPerigee, an imprint of Penguin Random House.