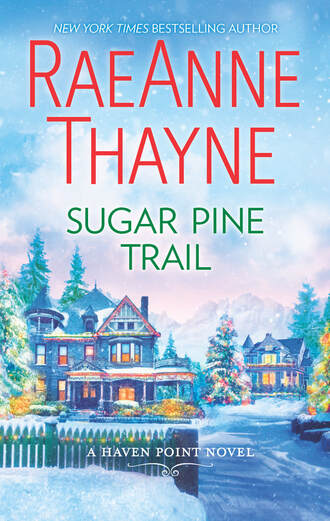 This was going to be a disaster.

Julia Winston stood in her front room looking out the lace curtains framing her bay window at the gleaming black SUV parked in her driveway like a sleek, predatory beast.

Her stomach jumped with nerves and she rubbed suddenly clammy hands down her skirt.  Under what crazy moon had she ever thought this might be a good idea? She must have been temporarily out of her head.

Those nerves jumped into overtime when a man stepped out of the vehicle and stood for a moment, looking up at her house.

Now the nerves felt more like nausea. What had she done? The moment Eliza Caine called and asked her if her brother-in-law could rent the upstairs apartment of Winston House, she should have told her friend in no uncertain terms that the idea was preposterous. Utterly impossible.

As usual, Julia had been weak and indecisive, and when Eliza told her it was only for six weeks – until January, when the condominium Jamie Caine was buying in a new development along the lake would be finished – she had wavered.

He needed a place to live and she did need the money. Anyway, it was only for six weeks. Surely she could tolerate having the man living upstairs in her apartment for six weeks – especially since he would be out of town for much of those six week,  as part of his duties as lead pilot for the Caine Tech company jet fleet.

The reality of it all was just beginning to sink in, though. Jamie Caine, upstairs from her, in all his sexy, masculine glory.

She fanned herself with her hand, wondering if she was having a premature-onset hot flash or if her new furnace could be on the fritz. The temperature in here seemed suddenly off the charts.

How would she tolerate having him here, spending her evenings knowing he was only a few steps away and that she would have to do her best to hide the absolutely ridiculous, truly humiliating crush she had on the man?

This was such a mistake.

Heart pounding, she watched through the frothy curtains as he pulled a long, black duffel bag from the back of his SUV and slung it over his shoulder, lifted a laptop case over the other shoulder, then closed the cargo door and headed for the front steps.

A moment later, her old-fashioned musical doorbell echoed through the house. If she hadn’t been so nervous, she might have laughed at the instant reaction of the three cats, previously lounging in various states of boredom around the room. The moment the doorbell rang, Empress and Tabitha both jumped off the sofa as if an electric current had just zipped through it while Audrey Hepburn arched her back and bushed out her tail.

“That’s right, girls. We’ve got company. It’s a man, believe it or not, and he’s moving in upstairs. Get ready.”

The cats sniffed at her with their usual disdainful look. Empress ran in front of her, almost tripping her on the way to answer the door – on purpose, she was quite sure.

With her mother’s cats darting out ahead of her, Julia walked out into what used to be the foyer of the house before she had created the upstairs apartment and now served as an entryway to both residences. She opened the front door, doing her best to ignore the rapid tripping of her heartbeat.

As his sister-in-law was one of her dearest friends, she and Jamie had met numerous times at various events at Snow Angel Cove and elsewhere, but she didn’t bother reminding him of that. Julia knew she was eminently forgettable. Most of the time, that was just the way she liked it.

He aimed his high-wattage killer smile at her. “Please. Jamie. Nobody calls me Mr. Caine.”

Julia was grimly aware of her pulse pounding in her ears and a strange hitch in her lungs. Up close, Jamie Caine was, in a word, breathtaking. He was Mr. Darcy, Atticus Finch, Rhett Butler and Tom Cruise in Top Gun, all rolled into one glorious package.

Dark hair, blue eyes, and that utterly charming Caine smile he shared with Aidan, Eliza’s husband, and the other Caine brothers she had met at various events.

“You were expecting me, right?” he said, after an awkward pause. She jolted, suddenly aware she was staring and had left him standing entirely too long on her front step. She was an idiot. “Yes. Of course. Come in. I’m sorry.”

Pull yourself together. He’s just a guy who happens to be gorgeous.

So far she was seriously failing at Landlady 101. She sucked in a breath and summoned her most brisk keep-your-voice-down-please librarian persona.

“As you can see, we will share the entry. Because the home is on the registry of historical buildings, I couldn’t put in an outside entrance to your apartment, as I might have preferred. The house was built in 1880, one of the earliest brick homes on Lake Haven. It was constructed by an ancestor of mine, Sir Robert Winston, who came from a wealthy British family and made his own fortune supplying timber to the railroads. He also invested in one of the first hot springs resorts in the area. The home is Victorian, specifically in the spindled Queen Anne style. It consists of seven bedrooms and four bathrooms. When those bathrooms were added in the 1920s, they provided some of the first indoor plumbing in the region.”

“Interesting,” he said, though his expression indicated he found it anything but.