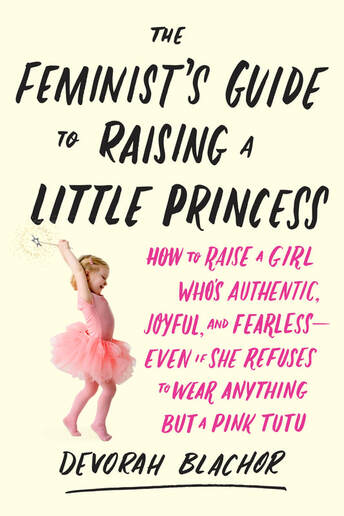 Notes For My Husband During My Overnight Trip

Hi Honey. By the time you read this, I’ll probably already be in the air. Good morning! I hope the kids didn’t wake you up too early. Hahaha. Of course they did!

Here’s the list of what you need to do this morning.

1. Defrost five slices of whole wheat bread. The package is in the freezer in a bag marked ‘Whole Wheat Bread.’

2. Sorla and Kamen’s clothing are laid out for them at the foot of their beds. They can dress themselves. Zippy likes to choose her own clothing which is why the bottom shelf is a heap of Hello Kitty t-shirts and tutus. Just let her try on as many outfits as she wants.

3. If Zippy has slept past 5:30, she should get a sticker for her “Sleepy Time” chart which is hanging on the refrigerator. Make sure to either give her one of the dinosaur stickers or the sparkly heart stickers which are on top of the microwave. Do NOT give her the googly eye stickers because she will pop them in her mouth and laugh that she’s “eating eyeballs.” Actually, never mind. I’ll just go ahead and hide them now.

4. Toast two pieces of toast lightly, spread a little honey on them and give them to Sorla with a half-filled cup of milk. Toast two more pieces even more lightly than that, butter them, make a sandwich, remove the crusts, cut into fours and give them to Kamen with a cup of apple juice. When Kamen comes to the table with his ninja sword, tell him he must keep it on his lap at ALL TIMES or he will not get goldfish crackers for lunch. Spread the “nut” spread on a fifth piece and put it on the princess plate for Zippy. She will not eat it, but if it’s not there, she’s likely to go ballistic. Hand Zippy her sippy cup of water.

5. The lunches are packed and already in the backpacks along with water bottles, completed homework and signed permission slips for the school trips. Please do not let Zippy near any of the backpacks because she will drop the contents into the cage with Fluffy.

6. If Sorla starts crying and saying she hates school, promise her an extra ten minutes on the iPad tonight. Please keep Zippy away from Sorla.

7. By now, Zippy will have unscrewed her sippy cup, spilled it on her shirt and undressed completely. This is your opportunity to take her for a pee. Afterwards, let her return to her shelf to try on new outfits. When she starts to whine that she has “nothing to wear,” give her the polka-dotted dress that’s on my dresser and promise her a pink marshmallow if she “puts it on nicely.” If she puts it on backwards, DO NOT adjust it or you will have to start all over again.

8. Kamen will be trying to fit his sword into his backpack. He will figure out on his own that it doesn’t fit, so just let him have a go. If Sorla is still miserable, throw a few goldfish crackers at her and promise her an additional ten minutes on the iPad.

9. Time for shoes and socks. Good luck with that!

10. Tear Zippy’s breakfast into little pieces and put it in a ziplock bag. Seal the bag. Do not give it to her until you are outside the door otherwise she will pour the contents into Fluffy’s cage.

11. Zippy will be the first to be ready to go. Then she’ll get bored. She’ll either grab Kamen’s sword and run into our bedroom or she’ll start throwing things at Sorla. Whatever she does, it’s imperative that you DO NOT RAISE YOUR VOICE. Trust me on this one. I know it’s bad right around now, but once you raise your voice, Zippy will be inconsolable.

12. If you have raised your voice, Zippy will be having her morning tantrum. Grab the bag of pink marshmallows on the counter. No — those are the fish crackers. It’s the other bag. The pink one. That’s it. Now step outside the door and say, “Whoever gets outside first gets a marshmallow!” Once everyone is on the other side of the threshold, give one to Zippy no matter who reaches you first. While Zippy is doing her marshmallow dance, secretly slip marshmallows to Kamen and Sorla.

13. I’m probably so drunk right now! I’ve made separate afternoon and evening lists for you. See you tomorrow. Love you!