Coin Conundrums: Bitcoin, Rare Coins or Gold Coins
Which is the best investment for you?
June 2021 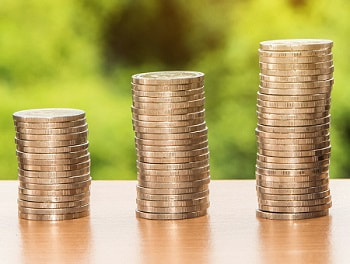 By Merilee Kern, MBA
As the financial markets strive to rebound from what has been a hugely trying and tumultuous period, courtesy of a deadly global pandemic, we may need to brace ourselves for yet more trouble ahead. An ongoing Harvard Business School study predicts a 40% probability of a financial crisis in the next three years, which is largely based on unprecedented growth in credit coupled with the reality that interest rates will eventually rise, making debt service unbearable.

“Now factor in over $10 trillion in global economic stimulus, as well as increases of 26% in the M2 money supply and 78% in the Federal Reserve’s balance sheet over the last year, and the lack of sustainability becomes readily apparent,” says alternative investment pundit Thomas Neptune, Esq. “As the economy artificially recovers, and we inch toward full employment over the next few years, the reality is that the Federal Reserve is trapped. It only seems logical that the Fed will, at some point, be forced to raise interest rates to combat inflation, while doing so could put a giant pin in several asset price bubbles.”

When financial markets collapse, it’s known that non-correlated “flight to safety” assets generally perform very well. Due to the heightened state of uncertainty in the current climate, many investors are already increasing allocations to alternative investment vehicles like cryptocurrency, U.S. rare coins and gold bullion coins while prices are relatively modest (depending, of course, on whom you ask).

The question is: Which of these distinctive “coins” is right for you relative to your situational needs for downside protection, upside opportunity, inflation hedging and overall utility?

Below, Neptune offers his analysis of all three.

​In simple terms, Bitcoin (a cryptocurrency) is a decentralized peer-to-peer payment system that utilizes an accounting ledger called the blockchain. Bitcoin is the unit of accounting. It can be used as a medium of exchange for some goods and services, but there has not been universal acceptance of Bitcoin as a form of payment. It has recently garnered attention as an asset class as the price has skyrocketed.
​​Upside Opportunity ​

It is no secret that the price of Bitcoin has unlimited upside opportunity based on its supply and demand dynamics. Now almost everyone is getting in on the action. What might have been shocking news only a few years ago, even college endowments like Harvard, Yale, Brown and others have been placing bets on Bitcoin as have influential business leaders such as Elon Musk. It will be interesting to see whether Bitcoin can sustain its meteoric rise.

As an inflation hedge, Bitcoin does not have a long track record, as it was created in 2009, just prior to a market expansion where we saw little inflation for the last decade. Although the supply may increase now at a rate consistent with inflation, its demand and the ensuing price history have been extremely volatile. As such, buyers are placing a bet that, regardless of their entry price, the performance of Bitcoin will outpace inflation over the long-term, despite high volatility.

The technology around how Bitcoin is stored, sent and received is rapidly advancing. For example, the Bitpay wallet can now be added to Apple Pay to use Bitcoin as payment anywhere that accepts this type of monetary exchange. This is a significant development as there are over one billion active iPhones, and these crypto wallets can automatically settle transactions in the users’ currencies, potentially eliminating the risk of price volatility for transactions. Two other major benefits include portable wealth and instant liquidity for retail buyers.
U.S. RARE COINS

Collecting financial artifacts of various civilizations has been in high demand for over 2,000 years, from when wealthy Romans were collecting Greek coins up to the present day. Representing the birth of the United States economy, its sovereignty on the world stage and notable events throughout the nation’s history, the U.S. rare coins that have survived in spectacular condition have been in high demand from wealthy global collectors and investors since the birth of this young nation.

There is a finite supply of high-end U.S. rare coins, which can be publicly verified on the census reports of the two major authentication companies: Professional Coin Grading Service and Numismatic Guaranty Corporation. These historical artifacts are not known to flood the market, as wealthy individuals with holding power generally do not need to liquidate them for less than their purchase price. Furthermore, there is immense passion and competition to own the best trophies—why this market is known as the Hobby of Kings—which has evolved to sport for the affluent to locate and own these elusive artifacts in a private market. This passion-driven market with an extremely long track record has attracted investors to hold these highly sought-after assets as a long-term wealth protection strategy. As such, the market has demonstrated long-term stability and steady price appreciation for well over a century based on these driven collectors and investors.

The U.S. rare coin market has benefited from numerous advances in technology and other innovations, most recently the introduction of the two major certification companies in the 1980s, followed by the ubiquity of the Internet in the 2000s. Although the market has largely flown under the radar from institutional investors, there has been a massive increase in demand for U.S. rare coins over the last decade, which has ramped up during the pandemic, as wealthy individuals have more time to pursue their interests and compete (via a publicly available points system) to own the finest rare coin portfolios. According to Michael Contursi, Partner at Contursi Rare Coin Investments, “The high end of this market is currently dominated by ultra-wealthy, sophisticated collectors and investors who can afford to own multi-million dollar portfolios. Imagine if these assets could be fractionally owned by the masses. The upside for U.S. rare coins is astronomical when you consider the potential for an exponential increase in demand.”

With unprecedented fiscal and monetary stimulus, coupled with a finite supply of U.S. rare coins with intrinsic value, these assets have proven to be an excellent hedge against inflation due to this disequilibrium of supply and demand. As the least volatile of the three “coin” markets here, the high-end value of the U.S. rare coin market can be a safe diversification tool for those seeking an inflation hedge, largely based on historical price appreciation data from the last 125 years.

The two major certification companies secure these little treasures in sonically-welded holders with a certification number, barcode and other methods for protecting against counterfeit threats. Due to the weight and size of these items, owners can transport large amounts of wealth with extreme ease. Further, there are no reporting requirements for owning these assets, which makes them extremely private and can be a great way to retain wealth outside of the banking system in case of a financial meltdown or digital economy.
GOLD BULLION COINS

There are many ways to participate in the gold (and silver) bullion markets, some of which include owning mining company stocks, futures contracts on the commodities exchanges, ETFs, or physical control. To this extent, gold bullion can be owned as both a digital asset (like Bitcoin) or a physical asset (like U.S. rare coins).

From 1933 to 1975, it was illegal for Americans to own gold in the United States. Since then, investors have been making small allocations to gold as a diversified investment. It is globally accepted that gold is a non-correlated, flight-to-safety asset during times of great uncertainty, such as The Great Recession of 2007-09 or the current global coronavirus pandemic. Like Bitcoin, however, the spot price of gold is also extremely volatile, and the price could move significantly lower depending on one’s entry level to the market.

The value of the U.S. dollar, as well as virtually every other major fiat currency, has drastically declined in its purchasing power over the last century. Since the gold market is currently transacted in U.S. dollars, it becomes cheaper for international buyers (mainly governments or large institutions) to own gold as an alternative to holding dollars or their own currencies as the currency continues to decline. For the retail investor, it is clearer than ever that fiat currencies will continue to decline as governments print an unlimited supply of money to monetize their debts. The upside opportunity for gold has already been demonstrated by the Reddit black swan event last month that caused silver spot prices to soar. The same could happen for gold, perhaps in a more sustained trajectory.

Gold is known as an inflation hedge, which to some extent creates a self-fulfilling prophesy—as inflation expectations increase, institutions purchase gold, and the increasing spot price protects their purchasing power. Approximately 2,500 to 3,000 tons of above ground gold are added to the global supply each year, with the majority used for jewelry. These relatively small increases to supply (similar to Bitcoin and finite rare coins) are a significant benefit when compared to printing binges for fiat currencies, thus helping protect against inflation.

The utility of owning physical gold is primarily as a store of value where the owner maintains direct control and access to a tangible asset. Many believe they can use their gold to transact during a doomsday scenario, as these are uniform products owned globally. The downside is that gold is very heavy, making it difficult to store or transport. Nonetheless, it is highly liquid and easy to turn into cash during times of need.

So…which coin is right for you?

All three of these “coins” have either a finite or slowly increasing supply, making them very attractive during times of economic uncertainty, as even relatively small increases in demand can move prices higher. Depending on needs, there is a case to be made to own any of these assets, including small positions in all three.

According to Neptune, “Many of the families who invest with us side by side in the U.S. rare coin space also own small positions in cryptocurrencies and precious metals. Bitcoin is fun and people are speculating on its tremendous upside, whereas gold bullion is highly liquid and has a long track record as an inflation hedge. People have preconceived notions of all three markets, but I think with education and more transparency you will find more portfolios containing small allocations to all three of these assets.”

As investors become more comfortable with the idea that they do not have to be renowned experts to own these tangible assets, investors can utilize all three markets for various needs in a diversified portfolio.

Since many financial advisors don’t yet know how to access or offer these types of alternative assets, they simply aren’t included in the investment mix and, thus, clients can’t reap the benefits—ostensibly suffering opportunity loss. Therefore, the prudent entrée to owning one (or all) of these “coins” is engaging with reputable companies or trusted experts. They will certainly help wealth-seekers make heads or tails of the burgeoning coin category.
Forbes Business Council Member Merilee Kern, MBA, is an internationally-regarded brand analyst, strategist, futurist and marketplace trends pundit who reports on industry change makers, movers, shakers and innovators across all B2C and B2B categories. Find her at The Luxe List and in social media @LuxeListReports.