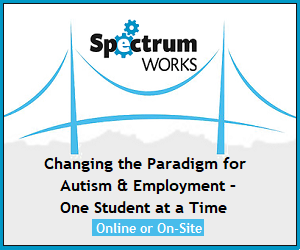 Interview with
Michelle Rubin
Founder of Autism After 21 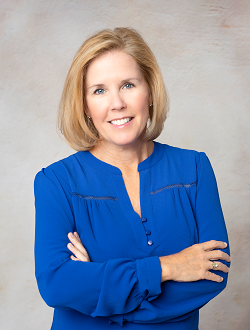 Photo Credit: Warner Prokos Photography
About Michelle:
Michelle Rubin successfully works with young adults on the autism spectrum through her nonprofit Autism After 21. As the founder and president, she developed the SOAR program – Summer Opportunity for Adult Readiness. She collaborates with the State of Florida Division of Vocational Rehabilitation to serve customers needing transition services to join the workplace and learn independence. Michelle is growing this program based on college campuses around the State of Florida while retaining the very elements that have made the program so successful. Autism After 21 is now adding On-the-Job Training programs as part of its services. She sees this as the next step for students in transition.

Her involvement with the community goes back decades. As a past president of The Junior League of Boca Raton, Michelle has insight into what makes Boca Raton a wonderful place to live. Giving back comes naturally to the whole family. They have been involved in Miracle League Baseball since its beginning. Michelle’s son, Scott, is a player and his brothers, Andrew and Matt, volunteer as buddies. Miracle League came into their lives at a time when there weren’t recreation opportunities for people on the spectrum.
​
Outside of the office, Michelle enjoys the outdoor Florida lifestyle with her family in Boca Raton.

Autism After 21 is a Florida-based nonprofit organization dedicated to opening possibilities for people on the autism spectrum. The organization’s biggest purpose is to provide education, mentorship and advocacy to further life skills and support for young adults on the spectrum. ​
Myrna Beth Haskell, executive editor, spoke with Michelle about her journey with her son Scott, the inspiration behind the founding of Autism After 21, and skills young adults on the spectrum need in order to reach their potential.

What was the inspiration behind the founding of Autism After 21?

I have three sons, and my oldest son, Scott, is on the spectrum and was diagnosed to be moderately to severely autistic when he was two years old. He just turned 29. You didn’t hear much about autism back then. What I did hear was that there were not enough kids with autism for communities to add programs.

For perspective, I went to our local university that had special education and speech-language pathology programs. I put up a flyer saying that I was looking for graduate students who would want to work with a two-year-old with autism. I got a flurry of calls because no one had seen a two-year-old with autism. These students came to our home, and we developed a program. We did that for many years, before we could get Scott into a school district-based program.

When Scott was 18 and ready to graduate high school, it really hit me that he was going to be leaving the structure we all had gotten used to. When I started looking to see what his next steps might be, there was no next. He wouldn’t be going to college or to a vo-tech school. Autism After 21 was born out of that frustration and fear I had as his parent.
Do you plan to expand at all?

Actually, we had a big expansion underway. We spent a lot of time on this in 2019, but you know what happened in 2020 [the global pandemic]. We had plans to expand within Florida and were slated to be on four additional college campuses for our summer residential program, with additional plans to expand outside of Florida as well. But we had to backtrack. I’ve been told that campuses will be opening up for outside programs this summer. But my out-of-state plans have been pushed back as well. I’m hiring new staff which will allow me more time to work on future programming.
Autism After 21 offers consulting to parents. I often get asked, “How did you get Scott to do so much?” Parents might not like the answer. It was not easy, and I know that not every parent can do it. I had to take Scott out of his comfort zone – constantly.

It took a year for him to learn how to use a fork.

​In your experience, what is the most difficult hurdle for independent living?

Outside of self-advocacy, accepting that being an adult is difficult and that you won’t always have support. Not everyone is nice. They must learn how to deal with painful lessons on their own. The world isn’t always a safe place.
Let’s Talk About Money, one of your upcoming events, is scheduled for June. Besides basic accounting skills, such as check writing and balancing accounts, do you also teach attendees about how others can take advantage of them – asking for money, etc.?

We do talk about that. It’s incredibly sad, but sometimes it takes a bad incident for the real learning to take place. It can be heartbreaking to learn how someone has been taken advantage of. No one talks about these insidious problems.
​
If someone asks to borrow money, parents should help their children set parameters – if you don’t know someone, or you just met the person, say no. If it’s a friend you trust, then a small amount (less than $20) is okay to lend. Everything is black and white in a lot of ways – they’ll just believe people. We’ve asked someone from TD Bank to talk to the students, and if a discussion about debit cards comes up, half the class yells out their pin number.

I think the expectations should be the same. I wanted all of my sons to grow into kind and caring individuals. I also wanted them all to push themselves to do what they were capable of. Scott is not as capable, but he is willing to push himself to his potential. I also wanted them to accept responsibilities for their actions.

​Those on the spectrum do need more support, but the general expectations should be the same.

As a mom of an adult son on the spectrum, what was the most important thing you taught your son that enabled him to navigate life’s challenges?

Even when you’re afraid, just try it. We’d make Scott go somewhere or do something he was uncomfortable with, and he would come home and say it was not so bad.

Playing team tennis. I like the physical component, and it’s good for my mind. I also participate in Stitch ‘n Bitch – a needlepoint group. We stitch, eat dinner, drink wine and relax.
Autism After 21 Website
Follow Autism After 21 on: