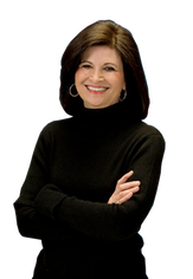 Michele is an internationally-renowned educator, award-winning author and parenting expert, who is globally recognized for her solution-based strategies to strengthen children’s empathy, social-emotional intelligence and character in order to reduce peer cruelty and bullying. She is a sought-after motivational speaker and has presented keynotes throughout North America, South America, Europe, Asia and the South Pacific. She has served as a consultant to hundreds of schools and corporations, including the Pentagon and 18 U.S. Army bases in Europe and the Asian-Pacific. Her proposal: “Ending School Violence and Bullying” (SB1667) was signed into California law in 2002. Michele has worked with over one million parents and educators worldwide.

Michele is an NBC contributor and has appeared on many national news programs to offer her expert advice, including the TODAY Show, Dateline NBC, Dr. Phil, The View, Fox & Friends, Inside Edition, and CNN, to name just a few. She has been interviewed by countless national publications and has been a media spokesperson for several corporations and a consultant to McDonald's Corporation and Disney.

Michele is an accomplished, award-winning author of 22 books translated into 14 languages. Her most recent book UnSelfie: Why Empathetic Kids Succeed In Our All-About Me World (Touchstone) was released in June. She is also well-known for her online advice and resources and was a 2016 SHORTY nominee for “Best Social Media Influencer in Parenting.”

Michele’s awards are numerous: National Educator Award (presented by the National Council of Self-Esteem), National Child Safety Award of 2016 (presented by Child Safety Network), Santa Clara University’s Outstanding Alumna Award and Outstanding Contribution to the Educational Profession (presented by the Bureau of Education and Research). She was named Honorary Chairperson for Self-Esteem in Hong Kong, consultant for the Center Resource Group for Character Education and Civic Engagement for the U.S. Depart of Education, Disney Influencer, and World Goodwill Ambassador for M.I.T.’s One Laptop per Child project. She is on boards for Parents, Character.org, CSN (Child Safety Network), Boys & Girls Club of America, Harvard Graduate Education’s Making Caring Common and USTA Sportsmanship Committee.

Michele is also a former classroom teacher with a wide range of teaching experience, including work in a private practice with children with learning and emotional disabilities. She received her Ed.D. in educational psychology and counseling from the University of San Francisco. She lives in Palm Springs, CA with her husband and has three grown sons.

Myrna Beth Haskell , managing editor, talked with Michele about her journey teaching children across the globe about empathy and moral courage as well as her quest to prevent bullying and improve school social climates.
What inspired you to focus on bullying prevention and character education?

I started out as a special education teacher for at-risk and abused students. Initially, my focus was on self-esteem. As I began speaking publicly and conducting research on empathy, I realized that my audiences wanted to hear more about how to teach empathy and prevent bullying. Years ago, a father of a twelve-year-old who had committed suicide stopped me to say, “I need you to promise that you’ll never stop talking about this.” I kept my promise, and I dedicated my book UnSelfie to him. I continue to find inspiration from teachers and parents, but especially from the kids whom I visit in classrooms and talk to at assemblies. Kids are so darned honest.
* Editors note: In Michele’s book, she talks about the “bystander effect” and how adults can teach kids to stand up for others. Some of the techniques she describes are: how to seek support from other bystanders to help the victim, how to tell a trusted adult (difference between reporting and tattling) and distraction techniques, to name just a few.

Over the years, have you seen a change in how students receive others who are different (e.g. students with disabilities, etc.)?

They are crueler and far more vicious. The long-term effects are devastating. However, research isn’t clear on whether it’s more prevalent. “Once a bully, always a bully” is not true. Kids can flip their roles. The victim can become a bully or vice versa. As we examine these situations, it’s extremely important that mental health issues are considered as well.

How has social media changed the social climate for bullying victims and perpetrators?

Bullying is always a problem with social relationships, and it usually starts on the playground and then moves to social networking. In middle school bullying is at its peak, and anonymous texts lead to stress, anxiety and fear because the victim doesn’t know who is sending them.

What are some things that school administrators and staff can do?

It’s important to change the emotional climate on campus. Districts are putting rules and regulations together for both off-grounds and on-grounds situations and are implementing behavior intervention programs [e.g. PBIS – Positive Behavioral Intervention Services]. However, parents and students need to read these documents and students need to know where to go for help. Schools must set up locked, reporting boxes so that students feel safe when reporting an incident. These boxes must be checked frequently. This is important because the majority of bullying happens when adults aren’t present.
You’ve traveled the world and have spoken to students in China, South America, Europe and the South Pacific. Is there a difference in school climate in these other areas of the globe?

night. There is an “education fever” present. In this type of climate, there is less empathy due to all of the pressure and no chance for empathy to be practiced and to grow.

It’s clear that Michele enjoys interacting with the children most of all.

You gotta love these kids. Michele laughs. One child told me, “Empathy is a verb, you know.” This is oh-so true. 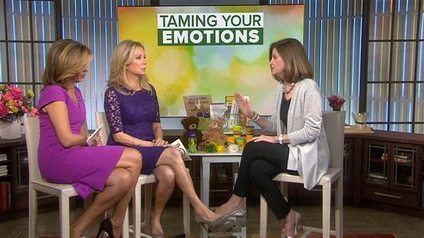