The Student Perspective
DATE RAPE ON CAMPUS: What Colleges Can Do Better 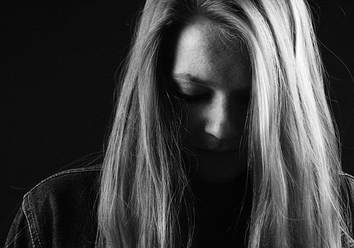 As young women, we are taught to pay attention to our surroundings, to not put a drink down (to prevent someone from slipping a “date rape” drug* into it), to not walk alone late at night, and to be cautious about wearing provocative clothing in public. We’re taught how to avoid becoming a victim, and many of us are fearful. We worry about losing control of a situation and being taken advantage of. If a woman is raped, it takes away more than just her innocence. Victims talk about a constant fear they have throughout their day, having lost their sense of security.

According to a 2015 study titled Campus Climate Survey on Sexual Assault conducted for The Association of American Universities (AAU), “A relatively small percentage (28% or less) of even the most serious incidents are reported to an organization or agency. A significant percentage of students say they did not report because they were ‘embarrassed, ashamed or that it would be too emotionally difficult’ or they ‘did not think anything would be done about it.’” The study also showed, “The risk of the most serious types of nonconsensual sexual contact, due to physical force or incapacitation, decline from freshman to senior year.”

Incidents of rape on campus can tarnish a college’s reputation, and there have been reports of cover-ups. This makes female students feel unsafe, and they fear they won’t be supported if they do choose to speak out against the rape. We hear about rape too often, and in many cases, we hear about how to protect ourselves from becoming the victim. However, there is another side to this. Why aren’t colleges doing more to teach students about respect, the long-term and devastating effects on the victim, personal boundaries and the consequences of committing rape? It seems that the focus is primarily on how female students should protect themselves and not on changing the culture. While learning to protect oneself is important – everyone should be cautious about personal safety – the education should be broader.

Since freshman year in college is usually the first time these young men and women are away from home, they are overwhelmed with getting used to a new environment and greater independence. Parents are also apprehensive when they leave their child – often far from home – because they had always been their child’s safety net. To prepare incoming students, colleges require freshman students to attend an orientation that helps them acclimate to their new environment. I believe that specific workshops regarding a college’s sexual assault policy should be part of this orientation. All students should learn the rules and understand where the school stands on this issue. During these workshops, the colleges should be clear that they take any alleged sexual assault seriously and that thorough investigations will ensue immediately when an incident is reported. Of course, the rights of both the victim and the accused should be carefully considered during an investigation.

It takes a lot of courage to come forward about a rape. A young woman is asked to relive the frightening attack in detail. If she doesn’t believe the school will stand behind her, she is likely to not report it (statistics have shown this). Colleges and universities could protect their reputation and their students with a zero-tolerance policy. While they must do investigations to verify the facts, schools should do their best to make sure the person who has been allegedly raped is protected, and the accused rapist is handled accordingly. The person reporting the allegation should feel safe and should feel as though her words hold value. Schools should offer counseling to help students cope with their feelings. The person who has been accused of the incident should not be allowed near the victim until the investigation is concluded. If the investigation proves that the rape did occur, the abuser should be expelled.

If colleges focus on the safety of their students, their reputations can only improve because students feel welcomed and valued. It is very important for all men and women to learn to protect themselves, but it should also be reinforced that “no means no,” and if that boundary is crossed, there will be serious consequences. Every student should know that he or she is protected. The topic of rape is uncomfortable, but needs to be talked about. No student should feel as though he or she is not protected or valued by their school.

Schools should work with their students by getting feedback about where they are failing. Safety should always trump reputation.

College students were asked the following question: What can colleges do better to ensure that a student is not afraid to report a rape incident?

“My college does have information during orientation, but more specific information should be provided on what to do if it happens - how to make a report and who to report to. There should be more information posted in health centers for health concerns about sexual assault. Schools should make it known they are there to help their students and that they take rape allegations seriously.” ~ Abbie, college student in Upstate, NY

“It takes so much for someone to get the courage to speak up. I have a friend who was raped her freshman year in just the second week of school. She reported it the next day, and no one took her seriously. She had witnesses and proof that she had been raped, but the school did nothing. She still had to see him because he had no punishment. She wound up dropping out of school and moving home. Colleges need to face the fact that rape is a real issue on college campuses, and they need to act on it.” ~ Karly, college student in Colorado

“One thing colleges can do is talk about it more. My school had a speaker come in my freshmen year who talked about her experience of being raped. It really opened everyone’s eyes to the reality of it. It was amazing to hear her be open about her story. It made you really stop and think and understand how scared she was.” ~ Maura, college student in Long Island, New York

*Date rape drugs: Examples are rohypnol, ketamine and gamma-hydroxybutyrate (GHB) – These are drugs that have an incapacitating agent which, when administered to another person, renders them vulnerable to a drug facilitated sexual assault, including rape.