A SAFE RIDE FOR WOMEN:
Interview with Syed Gilani, CEO of Safr

August 2018
Editor’s note: Last month, we posted an article with tips for women traveling alone, but safe travel concerns are relevant whether you're on vacation or traveling close to home. When public transportation or a personal vehicle is not an option, transportation can pose a safety concern for women – especially those women who work late into the evening, parents whose daughters are off to college and may need to navigate an unfamiliar city, or moms needing transportation for themselves and their young children. No matter what the circumstance, feeling secure and confident is paramount when calling a cab or using a rideshare app. 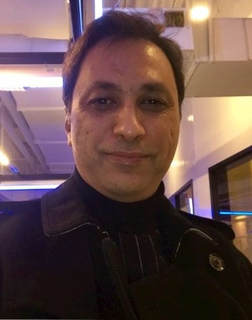 Syed is the Global CEO and Chairman of Safr, a ridesharing company focused on women's and families’ empowerment. He joined Safr at its inception and helped shape the startup into a next generation platform and a strong brand with a clear focus on social and economic empowerment of women. He provides leadership for Safr’s global vision, strategy and impact areas.

A seasoned entrepreneur with global vision and international business management acumen, Syed has more than 20 years of proven experience in transforming business ideas into profitable global enterprise with deep understanding of North American, Caribbean, European and Asian markets. Syed began his career at a very young age by managing the international trade division of his family business and successfully turning it into one of the fastest growing organizations in the region by effectively identifying and connecting trade routes between South and Central Asia. Syed then turned towards construction and successfully managed a wide range of city development projects.

Satisfying his innovative and creative entrepreneurial instincts, Syed started a technology, marketing and research company, Trans-Atlantic Business Solutions (TABS), which quickly became one of the fastest growing companies in the U.S. His commitment to give back to the communities led him to co-host a popular radio talk show in the U.S. Virgin Islands, “Money Talk and More,” for more than a year and to write and speak on the business and entrepreneurial development topics at various leading forums for many years. In 2008, Syed was invited to the Royal Business Dinner in England where he represented the Asian American community at the prestigious event. Later in 2009, he represented Pakistan in the largest trade mission of New York State's history.

In 2011, Syed was honored as one of the 50 Outstanding Asian American Entrepreneurs by the AABDC and featured by the Cambridge Chamber of Commerce, leading Virgin Islands' newspapers and acknowledged by the Governor of the Virgin Islands.

Safr is a ridesharing service focused on the safety and empowerment of women. Built with the needs of women in mind, the company aims to improve the lives of women everywhere through safe transportation, job creation and financial security.
Nancy Burger, senior editor, spoke with Syed about what led him to Safr and his vision for the company going forward.

What was the inspiration behind starting Safr?

My reason for getting involved was twofold: One was personal and the other was professional. I'm a father of two young girls, and I asked myself how I could look into their eyes when they're teenagers and tell them that the world is equal for them when that's really not true. Also, I come from Pakistan, where women really don't get that many opportunities, and I realized that this is what needs to get done. On the professional side, women spend 38% of their income on transportation versus men who spend 2% of their income on transportation - this is so unfair. So, there was also a business case, a market product fit, not just from the safety side of things, but also from the empowerment and equal-opportunity side of things. And knowing that the other rideshare companies weren't giving equal opportunity to women, there was a clear market opportunity for Safr.

Because you have such extensive experience in international business, I'm very curious about how you think we're doing here in the U.S. with gender equality?

A lot needs to get done in gender equality all over the world. The society has evolved, but we're not there yet - in a place where women can get equal pay or equal opportunity for jobs or business. When the gig economy came a few years back - with Airbnb and Uber - women thought they would be getting equal opportunity, but movements such as #Metoo and #neveragain* grew out of safety concerns. It's so important to provide a safe and equal space to women, but these companies were unable to provide that space. Not only were women not able to get equal hours in the gig economy, but they were getting paid much less than men. This is totally skewing the whole system against one gender, which is unfair on every level. I think we still need to do a lot more work, and having a conversation is the beginning of identifying the problems. Once we do that, we can start finding solutions.

Uber is obviously a major competitor - but has gotten bad press lately on the safety issue and has launched a public apology campaign. So, from both a business perspective and a scale perspective, how do you gain market share?

We're asked this question a lot. Whenever there's a single player that emerges as a leader, the market demands perfect competition, more concentration and more specialization. For example, when Whole Foods came out, of course a lot of grocery shops started organic sections, but that didn't dilute the Whole Foods customer base. If you're a Whole Foods customer, you will go to that store because you believe in the brand, in the product and you know you're getting the best product there.

Our notion is that we want to focus on women's empowerment and safety. At Safr, we're staying close to our focus and objective by doing extensive background checks on our drivers - much more extensive than anyone else out there. We meet personally and interview each driver, and our Independent Empowerment Captain's Program (IEC) allows us to keep in close contact with our drivers and riders and manage zip codes more effectively. Every single thing we do is focused on women's empowerment. Our goal is to continue providing tools to women, so they can continue benefiting from every revenue stream we are able to generate for them. We are creating a community.

Will women want to be part of that community because of the message and not because they're paying less? Your fares are a little bit higher than Uber's, correct?

We don't want to be cheaper than Uber and Lyft. Our main concentration has been security, empowerment and safety. There is a huge market around that, because the notion of taking a ride from a total stranger in the middle of the night, for example, is still a very scary concept for a lot of women. Our job is to focus on women and families and to provide them better service, focused on the legitimate concerns of women.

It seems that you are building Safr to become more than a rideshare company, but actually a platform for women's empowerment, to encourage women to build businesses and successful futures. Is that your vision?

That's exactly what we're doing. Safr is moving from simply a rideshare company to a lifestyle company. We believe women not only make decisions for themselves, but also for the elderly, for their children, for the household, for the generation, if you will. There is a complex structure of decision-making that women face, and that's what Safr is focusing on. We just opened operations in Pakistan where, during the celebration of Eid,** we offered free rides to women in two cities so that they had the freedom to visit with family safely, with complete flexibility for those three days at no cost to them. We believe if we can make an impact in a woman's life, that impact will translate into the family's life, and that will help improve the outcome of a society on many levels.

Is the concept being well-received in the U.S.?

Yes. I've received 1,680 applications from all across the U.S. to start Safr in their neighborhoods. I've spoken to a lot of women - powerful women, owners of businesses - who have never taken an Uber ride, and it's because of concerns around security. We're talking about women who are out working, trying to achieve their goals and dream, and they are hesitant. That's a serious, serious deficiency in the current service that's out there, and that's why Safr is here. The culture needs to be changed, the ideology needs to change, and we have to focus on that particular market segment which is the world's majority population.

Safr has a lot of safeguards built into its operations (see security features below). Have they been used much?

Our 911 system has never been used, probably because 99% of our drivers are women. The kind of training we give our drivers is so extensive - the security measures are there just in case, but we really haven't had to use them. We focus on both the drivers and the riders, so they both feel completely safe and secure. Because of these features, women are driving and riding with Safr at one o'clock in the morning, whereas with other big rideshare companies, they're only driving or riding in daylight hours.

I think my sanctuary is in working toward finding solutions that can make the society a better place for everyone. We all live once - we have one chance. We can live a very ordinary life, or we can create something that can really make a positive impact on others’ lives. When I was a kid, my dad explained to me that, if you live for yourself, you die when you die. If you live for your family, you die when your family dies. But if you live for humanity, you die when humanity dies. I told him that I wanted to live forever. For me, Safr is a concept that can make a huge difference in communities, and I think we can all find sanctuary in that at the end of the day.

**Eid al-Fitr is an important religious holiday celebrated by Muslims worldwide that marks the end of Ramadan, the Islamic holy month of fasting. The holiday celebrates the conclusion of the 29 or 30 days of dawn-to-sunset fasting during the entire month of Ramadan. The day of Eid falls on the first day of the month of Shawwal (source: Wikipedia).
Safr's Security features include: