Career Journey
The Show Must Go On!
Interview with Kathleen Maher, Executive Director of The Barnum Museum
March 2019 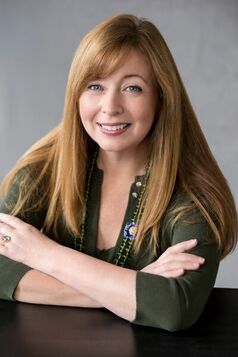 Kathleen Maher has 32 years of experience working at museums that are additionally recognized as National Historic Landmarks. Throughout her career, she has envisioned, authored and implemented numerous exhibitions and programs that explore nineteenth-century, social historical themes including topics that range from the American Civil War to the transformation of entertainment in 19th century America. Kathy is considered a leading authority on P.T. Barnum history and speaks extensively on Barnum subjects throughout the United States.
​
In 2010, the historic Barnum Museum was struck by an EF1 tornado with two subsequent hurricanes in 2011-2012 leaving the landmark and collections significantly damaged. Kathy has been the champion of the massive capital recovery effort and is leading the $60MM capital campaign to fully restore and re-imagine the iconic Barnum Museum.
Under her leadership, The Barnum Museum is focusing on new and innovative methods of experience development, integrating history, arts, science and technology to create a dynamic 21st century museum for the future. Assembling a powerhouse team consisting of historic preservation architects, engineers, scholars, artists, scientists, economists, attractions experts and community activists, the new Barnum Museum is designed to emerge as New England’s first technological, immersive, history site.
The Barnum Museum is the leading authority on P.T. Barnum’s life and work and contains more than 60,000 artifacts relating to Barnum, Bridgeport and 19th century America. It’s listed on the National Register of Historic Places. Led by executive director Kathleen Maher, the Museum remains committed to Barnum’s own mission - growing curiosity, creativity and confidence through instructive entertainment - and stands as a great American national treasure and a unique physical testament to P.T. Barnum’s life. ​
Nancy Burger, senior editor, met with Kathy at The Barnum Museum in Bridgeport, CT to talk about its rich history, the life of P.T. Barnum, and the long and bumpy road to restoration.

Did the movie The Greatest Showman trigger more interest in the museum?

Yes, that has happened. The very first time we heard about the movie taking place was in 2009. Through the years, we heard from producers here and there. In 2010, we got hit by a tornado, then the following year by Hurricane Irene and then Super Storm Sandy. So, the movie wasn't exactly on my top ten - I was worried about the building falling down and losing the collection. Interestingly, though, the tornado really gave us the opportunity to think big, to create a plan for a museum that P.T. Barnum would have created…something beyond expectations. So, we started working in that direction, to make sure this place lasts for the next 130 years.​
Barnum's museum was a huge attraction.* What do you think it represented to people at the time?

It was a new, Jacksonian democracy. People had free choice - and coming to Barnum's museum was an opportunity to make their own minds up. And what people might not realize is that he had it open to everyone, not just society's elite. It was open to the black communities and the Irish - at a time when the Irish were not welcome. Everyone could pay 25 cents, go in and spend the day. It was really a democratic place.

*At the height of Barnum's American Museum's popularity, over 800,000 exhibits were on display and an estimated 38 million guests visited the museum between 1842 and 1865. The population of America was under 32 million at that time.
​
The American Museum in New York City burned down around 1865, and it was rumored that the blaze was set by Southern sympathizers.

Yes. At around 1865, there was a hit list of sights in New York City that were earmarked for terrorism, for arson. It was about a year later that the American Museum went on fire. It's a legend…never been proven…but is thought to be the first terrorism in New York.

Do you think Barnum's views led to the fire?

Oh absolutely. It had everything to do with the fact that he was so public about it. I'm not trying to sanitize him - he was a person.

So was Steve Jobs. But he was also a disruptor.

Yes, Barnum was a disruptor and a champion of the Republican Party at that time. He thought about people in an elevated way. His best friend was Horace Greeley.

And Barnum faced other disasters as well?

Yes. The fire at the American Museum was the second big fire he endured. The first one was at his house in Bridgeport. Iranistan [his Moorish Revival mansion] was modeled after the Brighton Pavilion in England, which burned down in 1857.

What happened after the American Museum burned down?

He opened a second American Museum just up the street, but the boiler failed, and that museum also burned down in 1868. That's when Horace Greeley told him, ‘Take this fire as a notice to quit, and go a-fishing.’

No. And that led to the Greatest Show on Earth and Madison Square Garden. Just like the experience we've had here, he faced those challenges and was courageous enough to do it, and do it bigger.

It's almost as if what you're doing is an extrapolation of the history of this place, of its long journey of disasters and disruptions. But did the disasters offer you opportunities?

Yes. We didn't cause the disasters, but we're the people with the no-quit attitude to see it through. We're charged with provoking thought, and a museum is a platform for all discussions, particularly right now in our history.

Museums are more important than ever. There was a lot happening during Barnum's lifetime (1810 to 1893), probably the toughest part of American History, with the Civil War smack in the middle of his life.* Nothing really spoke to the context of the time. What we're trying to do is create immersive experiences by taking Barnum's stories and putting them in the context of struggles and triumphs. The idea is to transport visitors to another place and time. People often view him only as part of the Barnum brand, that is, as part of Ringling Brothers and the Greatest Show on Earth. But Barnum was dead for 28 years before the creation of Ringling Brothers and Barnum & Bailey.

I remember going to the Ringling Brothers and Barnum & Bailey Circus as a young girl, and I wouldn't characterize the experience as thought-provoking. It was really animals doing tricks.

That's a really good point. It certainly is not what the show was in 1920. It's an interesting thing to look at - how social attitudes evolved and how placing Barnum in the 20th century is unfair to his legacy. Barnum was ahead of his time. He actually became friends with Henry Berg, founder of the ASPCA, and in his will left thousands of dollars to the ASPCA.

I'm sure Barnum's spirit is very happy with what's happening here at the museum, under your charge.

Thank you for saying that. Well, you know what? He's not an easy boss! He's been dead for over 100 years, and he exhausts me.
It must be exciting to be at that stage of things, particularly after so many struggles.

It feels wonderful that we can start thinking about mobilizing the experience and the education programs. We have to think about how we're going to integrate technology, so we're meeting people where they are today. People learn differently than they did years ago.

And you want to stay true to Barnum's vision.

That's key. That has been the question we've asked ourselves throughout this whole process, 'What would Barnum do?' We actually put it up on the wall.

What do you think Barnum would say to you right now about this undertaking?

He would say, ‘It's about time!’ He wouldn't have had something that lasted this long without making major, significant changes that meet the needs of society at any given time.

In one of your talks, you list a number of concepts that Barnum was particularly passionate about and that you apply to your work here. What are they?

Illumination through curiosity; willingness to take risk; rebound from failure; success through innovation; wealth through service. Those are the themes that we have identified with over time.
What do you envision in five years?

Where do you find sanctuary?
​
Wow. [Laughter] I have to make a point of doing that.