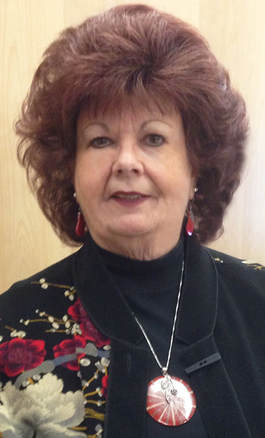 Find a March 2022 update on Susan at the end of this interview.
About Susan:

Susan G. Hammond is a contemporary photographer and executive director of the National Association of Women Artists, Inc. (NAWA). She received her M.F.A. degree from William Paterson University in Wayne, NJ with a focus in photography.

Susan enjoys capturing reflective images as metaphors for her eclectic view of the world. She is particularly interested in documentary work, capturing landscapes and figurative studies. She prefers capturing emotions, portraits and symbolic images representing the darker side of life, and 98% of her work is in black and white because she wants the works to exude feelings and emotions, rather than coaxing the viewer to be enamored by colors.

Susan has judged a variety of competitions and exhibitions. Her own work has been published by Nikon and Canon, and she has received numerous monetary awards, recognitions and prizes. She has participated in solo and group shows throughout the United States as well as traveling corporate exhibitions. Her work is in the permanent collection of the Museum of Fine Art in Lakewood, TX.

In addition to her numerous responsibilities as NAWA’s executive director, Susan is a member of 15 art organizations and is on the board of Studio Montclair in Montclair, NJ.
About NAWA:

The National Association of Women Artists, Inc. is the oldest women’s fine art organization in the U.S. It is a vibrant community of professional women artists that strives to support its members and women artists at large through exhibitions, programs and education.

The history of NAWA is a testament to the strength and resilience of a group of strong women who would not accept being shut out of the art salons, galleries and art exhibitions open to male artists during the 19th century. Founded in 1889 as The National Association of Women Painters and Sculptors, the founding members proved that despite adversity and discrimination - which many feel extends to this day - women are an integral and valuable part of the arts community.

NAWA members represent all areas of the visual arts including painting, sculpture, photography, print-making, encaustic, video art, installations and mixed media. The benefits of membership are many, including a substantial awards program, the opportunity to display and exhibit artwork throughout the U.S., and inclusion in NAWA’s Annual Catalog. The NAWA Permanent Collection, established in 1991 under the direction of Liana Moonie, is housed at the Jane Voorhees Zimmerli Art Museum at Rutgers University. The collection contains the work of NAWA artists dating from the organization’s earliest days to the present, and some of the collection is always on view at the museum.
Myrna Beth Haskell, managing editor, spoke with Susan about her role as NAWA’s executive director, the organization’s upcoming 130th anniversary celebration and the inspiration behind her photographic works.

You’re a member of several arts organizations, and you’ve held leadership roles in NAWA for quite some time. In 2008, you were elected president of NAWA, and in May 2010, you became executive director. Could you tell me what your position as executive director entails? Is this a position where you have to wear a lot of hats?
Another focus has been acquiring grants, and this process can be difficult. When you apply for grants, you need to understand the types of programs that they’re available for. Since I’ve been applying for them, I’ve seen that education (programs that educate the public) and women’s health are two areas where you’ll see availability.

I wanted to focus on educating the public. Two years ago, we had exhibitions in six New York City libraries. We had panel discussions with opportunities for the public to meet the artists. This year, we’ve been holding art classes at the Mulberry Street Library. These workshops are for citizens – people in the local area who have an interest in learning. Initially, we had five people signed up, but that quickly grew to 20. Currently, there’s a waiting list. Every month a different topic/medium is addressed – everything from pastel drawing to photography to acrylic painting.*

*April’s theme was “Spring into Spring” with a floral theme. In May and June, two universal themes prevailed: Moon and Sun, feminine and masculine, yang and yin as sources of inspiration; also recognizing Mother’s Day and Father’s Day. (Source: NAWA Newsletter, July 2018)
NAWA’s 130th Anniversary is coming up next year. Could you tell me a bit about the history of NAWA? What are some of the biggest changes since the organization’s inception in 1889? What has remained the same?

What sets us apart is that we are the first – the oldest women’s art organization in the U.S. We are also archived in 13 different places [including the Solomon R. Guggenheim Museum, the Metropolitan Museum of Art, and the Whitney Museum of American Art], and our history is just remarkable.

One thing I’m surprised by is how involved the organization was in the early 20th century with war relief efforts. The organization used to be called The National Association of Women Painters and Sculptors. They contributed to relief efforts [during WWI] by raising money for an ambulance for the Italian Red Cross. It was a partnership between the art world and the relief effort – pretty amazing. You have to remember that women back then were known for their crafts, not for fine art. Even today, many women artists will use their first initial, instead of their full name, because they want to be recognized for their art and not because they are women.

Our job is - and has always been – to promote women artists. We are an advocacy organization.

Susan was quick to point out that this advocacy is still very necessary in the new millennium. She mentioned a few statistics that still show a significant gap in the amount of prominent recognition women artists receive when compared to their male counterparts.

Some of these statistics can be found on the National Museum of Women in the Arts website, such as the fact that 51% of visual artists today are women, but only 5% of the art on display in U.S. museums consists of work by women. Fifty percent of all M.F.A.s are awarded to women, yet only 30% of artists represented by commercial galleries are women.

Editor’s note: At an event Myrna Haskell recently attended (a workshop with women museum directors and chief curators), it was pointed out that a gender gap persists at the largest museums in terms of administrative roles as well - only one of the nation's 13 largest museums is run by a woman.
What are some of the specific benefits and supports that you offer member artists?

We hold classes for members on various topics, such as the jury process. We also offer members an opportunity to participate in lectures, panels and educational programs.

Every October, we hold a free show called “Art Angels” in recognition of our dedicated volunteers – those women who put in a lot of volunteer time for NAWA, delivering critical services and helping to strengthen our overall organization. The Garment District Arts Festival is going on at this time as well, so there’s a lot of activity which is good for the show.

We offer different levels of membership. We offer a juried student membership for students presently enrolled at an accredited university or art school in a B.F.A., M.F.A. or M.A. program. Then, for those wishing to become regular members, the first year is free to the graduating students. The second year is $50, the third is $75, the fourth is $100, and the fifth year is the regular membership fee - it's a ‘bridge’ to full membership. Student members are eligible for awards and scholarships within the student membership category. We have an associate membership for emerging artists who aren’t ready to be juried in. We offer these members an opportunity to participate in an online exhibition. They also can attend committee meetings. [Regular members can take advantage of online and in print promotion, numerous juried and curated exhibition opportunities, a catalogue listing in the NAWA historic archive, member-only shows, and countless other benefits. See details HERE.]

I tell artists that your membership dues are an investment in your career. The organization should benefit you, so take advantage of the benefits that are offered.

I noticed that you collaborated with Alice Harrison to write Artists’ Guidebook to a New Creative Life which covers the business side of things (studio organization, planning a successful reception, etc.). Many creatives claim to be uncomfortable with the business side of the industry. How does NAWA fill the gap for individual artists who may lack the knowledge and expertise with the promotional side of things – or for those who are just uncomfortable promoting themselves?

We promote women artists. That’s what we do! It takes some of the heat off of them because self-promotion is uncomfortable for so many. Most women do not like the promotional and marketing side of the industry. So, we have opportunities for our artists to introduce themselves and talk about their work at different events to help them get more comfortable. I took an effective speaking class to learn public speaking strategies – I use humor a lot. Basically, you have to learn to speak and become comfortable talking about your art.

Besides a discomfort with self-promotion, what are some other challenges that artists face today – particularly women artists?

Self-esteem can be an issue. Some artists are embarrassed to say, ‘I’m an artist.’ It’s gotten much better, though. Artists are prouder of the work they do. With all of these women’s issues in the forefront now, women are becoming much more outspoken. We have a lot of members in their 50s and up. It’s time for them now. They’ve raised their families or retired from other jobs and can pursue their art more. However, many in this age group know nothing about social media and the latest technologies. For instance, we still do snail mail correspondence because some members don’t use email.

What are some of the future goals of the organization?

We’d like to get more young members, but many young artists feel they don’t need an organization like ours. They believe that they can do their own promoting on social media. They don’t realize how important it is to have a mentor – someone to critique your work. We can also give young artists a broader voice. They have the opportunity to talk with others in the industry who have years of experience. This is invaluable. I’ve participated in career day at some of the colleges, and we’ve also worked with interns.

You’re a photographer. Could you tell me about the inspiration behind your work? I see that you do a lot of black and white photography. I was particularly struck by “Pond Nymph” (the composition, textures and eerie vibe – part of your environmental series) and “Snow Covered Foot Bridge” (the snow itself looks like water rippling – part of your landscape series).
Where do you find sanctuary? (#WheresYourSanctuary)

I like nature and being outside – the birds, the beach, the mountains…just listening to the sounds of nature…sitting outside with a book…solitude.