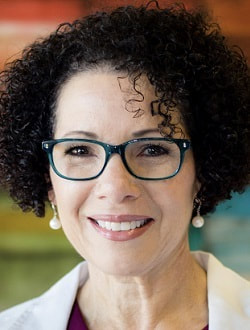 Dr. Grace Smart, DDS, was born in Panama, where she grew up and attended school through high school graduation. After completing both her undergraduate and postgraduate education in the United States, she became a pediatric dentist and had a private practice for 26 years.

In 2009, she began going on short-term mission trips to underserved communities outside of the U.S. to provide dental care to those in great need. In 2012, she began studies at Dallas Baptist University to earn a dual Master’s Degree in Global Leadership/Missions and in Children’s Ministry. During her studies there, she realized that she was being called to a life focused on serving others through ministry.

In 2015, she sold her dental practice and began full-time ministry with a Christian nonprofit organization, operating nutrition centers, orphanages, foster homes, schools for the poor and needy as well as medical and dental clinics in forty different countries throughout the world.

In the fall of 2016, Grace formed her own nonprofit organization, Grace in Healing Hands. She began leading teams of volunteers through her dental healthcare ministry on international mission trips to administer to people's physical and spiritual needs. Grace in Healing Hands specializes in providing dental care to those who don't have access to adequate healthcare. Grace has visited over 20 countries serving with her ministry, sharing hope and love to people all over the globe.
​
Grace realized there was also a great need in her local community, so she began to raise support to establish The Grace Center Texas, a Garland-based dental facility that offers both dental and vision care to those lacking the resources to seek care elsewhere. The center’s mission is to provide quality dental and vision care free of charge to the indigent and poor in Garland and its surrounding communities.

Myrna Beth Haskell, executive editor, spoke with Grace about her ministry work and the inspiration behind the founding of Grace in Healing Hands as well as the community she serves at The Grace Center Texas.

Please share your journey from Panama to your current role as a nonprofit founder in the U.S.

My dad was from New York and was in the U.S. military when he met my mom [a Panamanian]. I went to high school in Panama City. In 1977, I was studying chemical engineering at Texas A&M University, but I realized I was more interested in biology, so I switched majors. In 1981, I received a Bachelor of Science degree in Biology from the University of Texas at Dallas. I took time off to work full-time as a dental assistant to be sure a career in dentistry was what I wanted to do. I received my D.D.S. in 1986. The one thing that I knew right away was that I just loved working with children. So I decided to pursue a specialty in pediatric dentistry, and I opened my own practice in 1988.

It was in 2009 that I began mission trips abroad, where I helped the underserved with their dental needs as well as serving their spiritual needs. I became hooked on these mission trips. The people we served were so appreciative, and the positive impact on these communities was just incredible.

What did you love most about working in pediatric dentistry?

Building trust. I was able to take a child who was scared or had previously had a traumatic experience and help to make him feel comfortable. Parents want to take their children to a pediatric dentist who knows how to handle children. I was able to watch them grow up over the years. I do miss working with children. Currently, I work as a general dentist, so I don’t get to see a lot of children.

What was the inspiration behind founding Grace in Healing Hands? What are the primary goals?

I worked with another Christian nonprofit and was their first female director, but it was hard - a lot of churches don’t let women preach. I wound up resigning after 16 months.

I founded Grace in Healing Hands in 2016. We’re all volunteers – the dentists, the assistants...everyone. Our patients are those who do not have dental insurance and are at or below the poverty line. The status changes each year, so we work with nonprofits that already have vetted this community.

Grace in Healing Hands is the parent nonprofit to The Grace Center Texas. [The center is a DBA, the domestic nonprofit arm of Grace in Healing Hands.] The center provides quality dental and vision care free of charge to the needy and poor. About a year and a half ago, an optometrist came forward to be part of the center, so we also provide eye care.
​We’re only open two days per week now. I have an older volunteer base. So when the pandemic hit, these people were in the high-risk group. We’ve had two people step up to work with us - we provide the PPE, etc.​
​
When we couldn’t get supplies, local dentists gave us some of their stack. We haven’t been able to use our mobile clinic due to the pandemic.

At this point in your journey, what are you most proud of as a nonprofit leader?

When patients tell us that we are an answer to their prayers and a blessing, it's so fulfilling. One patient was in a car accident and had lost his teeth. But he had been incarcerated and hadn’t had his teeth for a really long time. He said, 'I haven’t been able to smile for all of these years.'

The Beverly L. Adams Keep Smiling Fund was started by her family after she passed away. This fund pays for lab fees and dentures.

What has been the most difficult part of your journey?

For me, juggling everything and wearing so many hats is difficult. I don’t just see patients. I am the clinic manager, and I also manage nonprofit coordination. I keep track of supplies. I also have to clean the clinic before and after we see patients. Tackling all of these roles, though, gives me a better appreciation for what my volunteers do.

You know, I’ve never been interested in the numbers, but those who provide grant money need to know. This last year, we provided over $200,000 of services to our patients, and this was only being open two days per week for most of the year due to the pandemic!

We purchased land to build a new clinic. We are waiting for the permit from the city. Then, we have to build the clinic which will likely cost $850,000 to $1 million. We will focus on a ‘building campaign’ to raise funds.

The Grace Center Texas has purchased property located at 212 N. 1st Street in Garland, Texas and is currently focused on fundraising to build a permanent facility to better serve people in the community and surrounding cities. (gracecentertexas.org)

I find sanctuary spending time alone and reading God’s word. It’s very meditative for me. I seek wisdom and guidance, and I also get refocused and recharged.