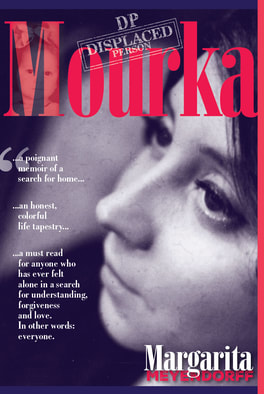 It was l961, and I was entering puberty and madly, miserably in love with Rudolf Nureyev. I saw us as soulmates and rebels. We had so much in common: He was a peasant from Siberia who had leapt to fame with the Kirov Ballet and defected at the airport in Paris. I was 14, an immigrant rebelling against my parents in Nyack, NY. I too wanted to defect. Yet, what were the chances we would ever meet? The thought that Nureyev would never know me, made me weep, even as I gazed at the poster of him flying past in the grandest of jetes.

When my best friend, Galina’s parents (also Russian emigres) bought tickets to see Nureyev at the Metropolitan Opera in New York City, I tied myself to the piano and promised my own parents years of practice if they would just let me go to the show with Galina. By some God given miracle, my father acquiesced.

The date arrived. I was going to see Nureyev in the Nutcracker at the Met. We took our seats and along with hundreds of people in the audience, were soon mesmerized by Nureyev’s leaps, his cat-like movements, and his sensual pas de deux, which surpassed even my highest expectations. He was beyond human. He was feline, sexual - those arched thighs, those full lips, those high cheekbones…I had to get closer…not only to Nureyev but to being a star.

I was not without credits: When I was seven years old, I had performed as a rooster, complete with a huge red-feathered tail that swung as I moved. I had appeared front and center in a Russian Christmas play on a stage in New York City and sung the Russian equivalent of “cock a doodle doo” (Ку Ка Ри Ку) that had to conclude in a high C. I looked down at the front row, at five black-bearded Russian priests. They scared me, made me feel I would fail. I hit the high note anyway. The Russian Orthodox priests’ mouths flew open in a collective gasp, a minute pause, and then, the concert hall had burst out in applause and cheers. I had stood there, resplendent in my red and gold feathers, my plumy tail erect.  I basked in the applause; the clapping went on and on. In that moment, I felt loved. Loved for hitting the right note, loved without reservation; like Nureyev, I was swept up in the moment and in a sense, never left. We were right for each other, and it was only a matter of time.

At the Nutcracker curtain call, the audience, in mad abandon, jumped to their feet. During the pandemonium, Galina grabbed my arm, and we ran and ducked behind the curtain and found ourselves backstage in the midst of fantasyland – snowflake ballerinas, uniformed soldiers, fairies, mice, Russian, Chinese, Arab and Spanish dancers…

Speaking in Russian, we pretended that we belonged. A dancer in harlequin tights led us to Nureyev’s dressing room. After what seemed an eternity, Nureyev emerged, as magnificent as on stage - his cat-like eyes looked into mine, those sensuous lips spoke - to me. We exchanged some breathless pleasantries in Russian. “Какие вы прекрасные!” “How magnificent you are,” he said.

Nureyev seemed thrilled to meet two 14-year old girls and invited us to accompany him to his limousine. As we left by the stage door, the three of us were greeted by a crowd waiting to get a glimpse of him. Galina and I were the blessed. I had him by the right arm and Galina by the left. Before disappearing into his limousine, Nureyev leaned over and kissed each of us on the cheek. My cheek burned, with the imprint of his lips and I was branded forever - with the promise of a blazing future: Romance, stardom, love would all be mine.