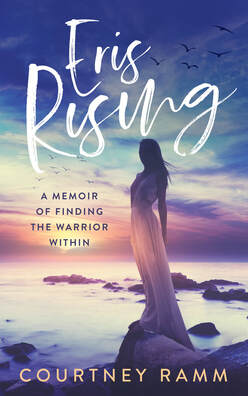 I purchased our plane tickets to Dallas. We would be leaving in three weeks. I tried to talk Marcus out of this move, but he wouldn’t budge.

“I can’t pass on such an incredible leap for my career,” he said. “I sincerely hope you’ll join me.”

Being fourteen weeks pregnant and over-the-moon in love, I felt I had no choice, but I resented it. Maybe I could stay in Hawaii by myself and have the baby there. Or I could go live in Northern California near my siblings and parents. Mom could nanny, and I could get involved with the vibrant dance scene in San Francisco. I wrote out detailed life scenarios with pros and cons for each. I was surprised that both the Hawaii and California plans sounded like fun, awesome lives.

There was just one caveat—I would be a single mom.

I absolutely refused to be a single mom. If there was one thing that truly mattered to me, it was being in an inspiring and uplifting partnership with a loving husband and raising children together. Deep down, I didn’t believe I was strong enough to have a natural birth and raise a child on my own.

In extreme emotional agony, I closed up my beautiful life in Hawaii—my business, jobs, apartment, community, friends, and support systems. I felt I owed it to myself to avoid becoming a single mother by being with my partner and supporting his dreams. That’s what family does, right? And we’d be married soon enough. He already had the ring!

Most of my friends thought I was absolutely nuts. Over and over, I heard the same response: “I just can’t see you in Texas.”

“I can’t see myself there either, but that’s where I’m headed.”

Our flights were scheduled to leave Honolulu on December 21. One month, however, hadn’t been nearly enough time to properly close my dance school, disband my dance company, gracefully leave all of my jobs, and pack up an entire apartment. No matter how much Marcus tried to convince me that I could “leave in a week, what’s the big deal?” I held my ground. I agreed to accompany Marcus and Maya to Dallas for three weeks, including the holidays. I’d fly back to Hawaii to close down my life and return to Dallas seven weeks later. That would give me time to prepare and produce a final dance performance in Hawaii on the first anniversary of my dance company’s launch.

Every day before we left, Marcus let me know how disappointed he was that I wasn’t moving to Dallas in one fell swoop with no looking back. No matter how many times I defended my decision and explained the significance of that extra time in Hawaii, he failed to understand. The heated conversations, which went on for hours at a time, wore me down. I was already making a sacrifice to be in Dallas for three full weeks. My sister’s baby was due in early December, and instead of going to meet my brand-new niece and support my sister after giving birth, or visit my parents in their new home after my dad’s recent emergency hospitalization, I’d be hanging out in Dallas with him, doing absolutely nothing.

He demonstrated zero understanding or appreciation for my decision to be with him over my immediate family at such an important time. He simply shook his head in disapproval.

“You need to get your priorities straight,” he said. “We are our own family now, and family always comes first.”

There was one major benefit to the whole situation—we’d be nearly four thousand miles away from his wife. I barely knew her, but she brought out the worst in me. Marcus didn’t try to get me to like her but rather said terrible things about her, calling her “clingy,” “needy,” and “incapable of being in a healthy relationship.”

We’d also be far away from any of his past lovers and girlfriends, which according to Marcus numbered more than two hundred. At times, he claimed to have been with around five hundred women before me, which I couldn’t even fathom. Yeehaw, we were leavin’ his exes and goin’ to Texas! This was the one thing about the move that excited me. Rather than be stuck on an island surrounded by constant temptation, we’d be living on a church campus in a city neither of us had ever lived in before. There couldn’t possibly be a safer place for us to be. I convinced myself that this move was the Universe’s way of providing us an incubation period to focus on building our relationship away from possible distractions.

He couldn’t even cheat on me if he wanted to.

I felt comforted by the vision of living a close-knit family life, in a huge blue house, where sweet old ladies kept close enough watch that he wouldn’t dare even flirt with another woman.