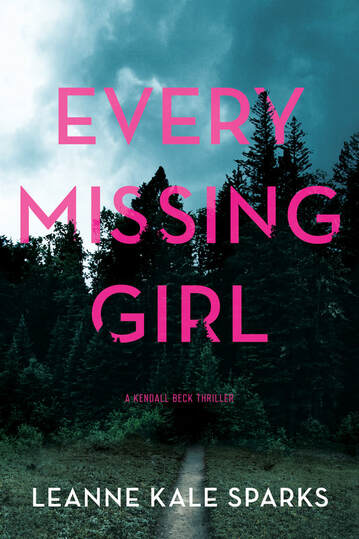 The picture of Frankie taped to the whiteboard in the war room at the Denver Police Department barely resembled the girl Kendall knew. This was most likely a school picture, considering the standard blue background the photography companies used in virtually every school in America. Frankie had her hair down, brushed out so it was straight and shiny, and was wearing a pink shirt. Kendall had never seen her in anything but graphic T-shirts or sweatshirts with her hair pulled back in a ponytail.

The two sides of Frankie. It never ceased to amaze Kendall how often people had more than one side to their personalities. Not the dissociative split personalities, which Kendall wasn’t even sure she bought as a real medical condition, but the various faces people put on depending who they were with and what they were doing. So many times she had interviewed people about a child molester who lived next door. The neighbors almost always said the same thing—the person was nice, quiet, and kept to themselves. No indication they were anything other than what they portrayed.

What was Poppy’s truth? Kendall had always seen her as a dedicated wife and mother. In love with her family and her life. Hockey mom extraordinaire. But was it possible she was leading a double life? Was she having an affair with Robinson, despite his protestations? Was she planning on divorcing Mark and trying to get everything set up in advance of his being served papers?

Kendall sat straight up in her chair.

Jake came in and sat down next to her. “Jesus, Kendall, see a ghost or something?”

“I just thought of something I hadn’t considered before, and now I wish I could banish it back to where it came from.”
Jake leaned forward and rested his arms on the table. “Well, you know that’s impossible, so you better spill it.”

“Adam and I found out Poppy has been seeing an attorney— a divorce attorney. So, I was thinking, what if she was trying to get things all set up for her new life without Mark before she asked him for a divorce?”

“We know Frankie is a supreme daddy’s girl.” Kendall couldn’t believe she hadn’t considered this. “What if Poppy was afraid she would lose her daughter to her father in a custody battle?”

“She would fake a kidnapping in order to get Frankie away from Mark without a battle?” She shrugged one shoulder. “It’s possible, right?”

“Yeah, but highly unlikely to be successful. Frankie isn’t a baby or toddler who will eventually forget her father over time and distance. She’s almost a teenager. She’s not going to let her mother keep her from her dad.”

True . . . but something was nagging at Kendall. Something that said it was still plausible.

“Maybe she tells Frankie some sort of lie about her father that would explain why she can’t see him.”

Kendall didn’t know. What would keep Frankie from her father?

She snapped her fingers. “What if she brainwashes Frankie into believing her father died? Maybe she convinces Frankie she wants only them to be together to grieve her father. And then she will convince her to move away—to another state, or maybe another country—because it’s too hard to live in Colorado with all the memories of her dad.”

Jake nodded. “Then she tells Mark she wants a divorce, leaves town, and he has no idea Frankie is with her. She’d need help from someone, though. Someone who could keep her secret life well hidden.”

“Like an attorney? One she may be having an affair with?” Kendall quirked an eyebrow.

“Yeah, that would do it. But wouldn’t Mark continue to search for Frankie even if Poppy isn’t around?”

Kendall glanced at the door to make sure no one was coming in. She didn’t need to make her theory public until it was no longer a theory. “Not if everyone is convinced Frankie is probably dead.”

“You think she would do that to Mark? Let him think his daughter is dead?”
Kendall shrugged. “This whole theory rests on the assumption Poppy would lie about Mark’s death to Frankie. It’s not a stretch to think she wouldn’t use the same lie on Mark.”

Jake scrubbed his hand along his jaw. “This is some next- level diabolic shit, Kendall.”

“Yeah.” She looked up as Saul and Fletch came in and whispered, “Let’s keep this between us for now.”

“Who died?” Saul asked, tossing bags of chips and bottles of water into the center of the table.

“You look like you’ve seen a ghost or something.”

Saul quirked an eyebrow but didn’t press the issue.

Adam came into the room, his officer-puppy Caleb Young on his heels. He glanced at the picture of his niece on the board as he took a seat across the table from Kendall. She couldn’t imagine how he was able to get out of bed and function each day, let alone investigate two major cases.

Except that she did, and she knew movement in any shape or form was the only thing that kept the demons at bay. The dark devils who planted thoughts and scenarios and visions about what could be happening to a loved one who was missing. Kendall had gone through it with Gwen.

Now Adam was experiencing it for himself. And judging by the dark circles under his eyes, he wasn’t getting much sleep at night, if any. The same demons she had battled were abusing him now. And there was very little she could do to help him.
Except find his niece. Alive and well and unharmed.