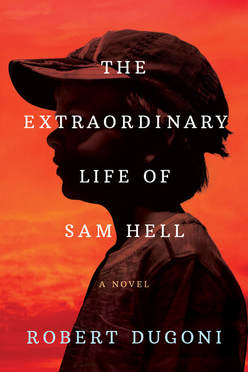 I’d heard the story of my birth so often I could recount it as if I actually recalled the event. For some unknown reason my mother always chose to begin with the weather.

“March 15, 1959 was a cold and clear winter day of little or no consequence until,” she’d say, leaning forward on the couch and pressing the palms of her hands together, the college actress performing, “I felt a kick.”

This apparently occurred shortly after my father had sat in his favorite recliner to read the newspaper and nurse his evening indulgence, a single Manhattan.

“What did you do?” I’d ask from my spot sitting on the carpet at her feet.

“I ignored you,” my mother would say, feigning indifference with a dramatic pause and wave of her hand. “After all, we weren’t expecting you for another five weeks.” She would then reenact how she had rearranged the two decorative pillows at the small of her back while sitting in her customary spot on the sofa and continued to knead the beads of her rosary. “And when the pain returned I offered it up for some poor soul trapped in purgatory.”

I learned at a very young age that Purgatory was the nebulous place between Heaven and Earth where the dead must be purified of sin through the prayers of others before Saint Peter allows entrance through Heaven’s pearly gates. “Give it up for some poor soul in purgatory” would be my mother’s mantra in response to any suffering I would endure throughout my childhood, though I don’t recall a single instance in which it proved particularly effective. It certainly didn’t rid her of the pain I was to inflict that evening and most of the following day. That my mother had been praying the rosary, however, came as no surprise. My mother was always in the midst of a novena to the Blessed Mother for one thing or another, including the time the water heater quit and we couldn’t afford a new one. I never asked if she believed the Blessed Mother would drop a new Jetglas from the heavens – my mother would have admonished me for being “sacrilegious” — but such was the depth of her faith and her devotion. Much later, after my mother’s death, I found her tiny blue novena book in the drawer of her nightstand with an incalculable number of lead pencil marks to record each of her 54 day novenas.

“And don’t forget how you groaned,” my father would chime in from behind his newspaper.

“I didn’t groan,” my mother would say. “You make me sound like a barnyard cow.”

With that, my father would peek at me from behind his newspaper and smile.

My mother prided herself as a descendant of the toughest of Irish stock, but somewhere in the middle of the third decade of the joyful mysteries her water broke and I could no longer be ignored.

“Even before your birth you left a stain on the carpet,” she’d say. The stain, an amoeba shaped discoloration that no cleaner known to man could remove, served for years as a reminder of my untimely arrival.

Had my mother’s water not broken, my father might never have moved from his beloved recliner positioned near the fireplace we used once a year to burn the Christmas wrapping paper.

“Your father catapulted from his chair like it ejected him,” my mother would say.

“That’s a bit of an exaggeration,” my father would respond, still hidden behind his sports page.

“Samuel, your father sprinted up those stairs,” she’d say, gesturing over her shoulder to our staircase, “stuffed my clothes in a suitcase and rushed out the front door.” She’d dramatize the latter by flinging her arm as if slamming the door. I loved it. “It was only after he threw my suitcase in the trunk and jumped behind the wheel that he realized he’d left me still struggling to get up from the couch.”

“Yes,” my father would say, lowering the paper, “and by the time I got back to the house your mother had already managed to not only get her coat and handbag from the closet, she’d also had the presence of mind to unplug every appliance in the house!”

This would send me into raucous laughter. Every trip, no matter how far from home, started with my mother worrying that she’d forgotten to unplug some appliance, and lamenting of the catastrophic fire she was certain it would cause.

“The drive to Mercy Medical Center takes eight minutes, Samuel. I made it in five minutes flat,” my father would say with noticeable pride.

“That’s because you drove like a bat out of hell,” my mother would say.

My father would wink at me. “I’d mapped the route through the back streets.”

“You rolled through every stop sign. You’re lucky you didn’t get a ticket.”

“With a pregnant woman in the car? I would have received a police escort.”

It turned out the rush was much ado about nothing. As my mother liked to say,
“You were early, but you took your sweet time.”

Her labor lasted 32 hours, a number she would remind me of whenever I acted up. Still, the wait turned out to be nothing compared to the stir my arrival caused. “You emerged with your eyes shut tight,” my mother would say, speaking in a hushed whisper that mesmerized me. In hindsight, I wondered if my entering this world with my eyes shut tight was a genetically predisposed instinct.

My father, who’d chosen to remain down the hall in the hospital’s waiting room, would at this point resume his narrative, explaining how the young doctor entered the room looking more perplexed than tired. “He said, ‘It’s a boy,’” but the doctor’s rote proclamation did not temper my father’s paternal instinct that something was amiss. “I sprinted down the tile linoleum into that room,” he’d say. “And when I entered I found a crowd of nurses and hospital staff hovering around your mother’s bed like she was Marilyn Monroe.”

But my mother was not the object of their interest. It seemed that when the doctor had placed me upon my mother’s stomach to cut the umbilical cord I’d finally opened my eyes. And that’s when the euphoria became bewilderment. The doctor froze, slack jawed. The attending nurse let out a yip, which she belatedly tried to cover by placing her hand over her mouth.

“Give me my son,” my mother had said amidst the silent stares, whereupon the nurse had swaddled me in a blanket and handed me to her.

This was how my father found us when he waded through the crowd for a closer inspection and looked me in the eyes for the first time.

“What the Sam Hell?” he whispered.