Heart Disease Symptoms in Women Can Be Subtle:
One Survivor's Story 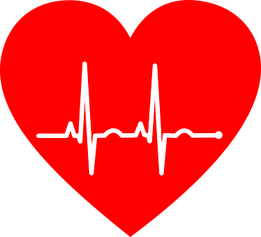 Staff
Heart attacks present very differently in women than they do in men, and can easily be mistaken for something much less nefarious. According to the American Heart Association, "Even though heart disease is the No. 1 killer of women in the United States, women often chalk up the symptoms to less life-threatening conditions like acid reflux, the flu or normal aging."

A woman can be experiencing a heart attack without any chest pressure at all, says Nieca Goldberg, M.D., medical director for the Joan H. Tisch Center for Women's Health at NYU’s Langone Medical Center and an American Heart Association volunteer. “Instead they may experience shortness of breath, pressure or pain in the lower chest or upper abdomen, dizziness, lightheadedness or fainting, upper back pressure or extreme fatigue.”

Even subtle symptoms can lead to deadly consequences, however, so it's important to see your doctor as soon as possible if you notice unusual fatigue, neck or jaw pain, shortness of breath or sweating. According to the Cleveland Clinic, women often report that they noticed some or all of these warning signs weeks or a month before a heart attack. The sooner you report a problem, the better the chances are of catching an issue before it becomes a full-blown heart attack.

Myrna Beth Haskell, managing editor, met Kim Miller, a heart attack survivor and owner of Surviving Sisters’ Boutique, at her store in Hyde Park, NY to talk about her personal experience and her work with the American Heart Association.

Tell me a bit about your health scare. I read that you had a heart attack in Dec. 2003. What were your symptoms?

Gosh…where do I start? I guess I’ll start with the day my 94-year-old, beloved grandma found out she had a heart attack. She had gone to a regular check-up and her doctor asked if she was feeling okay. She said, ‘I’m fine,’ but was shocked when he told her that tests had shown she had a recent heart attack. She had what is called a ‘silent heart attack.’ You know, the ones you don’t know you’re having. This is not all that uncommon, especially with women, who often don’t know they’re having a heart attack because the symptoms can be mistaken for all kinds of other ailments.

My grandma wound up passing, and the stress I was under during her decline and after she died probably had something to do with what happened to me. Less than three months after she passed, I had five heart attacks in four days. I didn’t even know I was having them, and, in the weeks prior, when I was having unusual symptoms, my doctors didn’t suspect either.

I had varied symptoms that never screamed heart attack to me. I started not to feel so well. I began having this tingling in my hands, but I had had carpal tunnel syndrome, so naturally it was assumed that I was having issues with that again. Then, my right leg became a bit swollen and felt heavy, but I had previously had a vein removal. I had a little bit of chest discomfort, but I assumed that this was an ulcer coming back. I also had back pain off and on, but I’ve had herniated discs, so this wasn’t something foreign to me either. I began to experience sweating during the day, instead of my typical night sweats that were associated with perimenopause. More strangely, though, I had some ringing on and off in my ear, bizarre dreams and eye floaters. When I went to the doctor to get my vision checked, he was the first to suggest that I was having a vascular problem because he found that my vision was fine. The important thing to note is that I never even thought any of this had to do with my heart.

In December of 2003, I was forty-five years old with an eleven-year-old daughter. I am a non-smoker, have been active all my life and, at that time, I didn’t believe there was heart disease in my family. With my grandma…well…we realized it was her time to go.

The first heart attack that I didn’t know I had happened to me while I was at the sink doing dishes. It felt like a door suddenly slammed in my face…like a boom…like something hit me out of the blue and struck my whole body. It was bizarre, but I can’t really say that it was painful. I became a little short of breath and suddenly fatigued, so I went to lie down. I felt better later that day. I had three more similar episodes before the day I finally went to the hospital. You know, I was just thinking I was ill, that maybe I was coming down with the flu because sweating and fatigue can be typical symptoms of flu.
Have you reconciled any of this – what you know now that you wish you had known then?

Women take care of everyone else before themselves – myself included. What often happens to us? Well…stress is a big factor.

I was always a hard worker. I felt like I could do anything. Heart disease and heart attacks were considered a man’s health issue. If a man came into the waiting room with chest pain and sweats, he’d be rushed right into the emergency room. In the last fifteen years, the American Heart Association (AHA) has been concentrating more on educating the public about women’s heart disease and women’s heart attack symptoms. Warning signs are not necessarily severe chest pain and corresponding left arm pain. It’s not as obvious for most women, and symptoms can often be mistaken for other health problems.

Have you made any permanent lifestyle changes since 2003?

I no longer eat red meat at all, but this is because it makes me feel sick now. I do drink a lot of water. I’m also into juicing. I was doing this before everyone else was. I make a juice of carrots, celery, ginger and apples. I also bike a lot – I bike everywhere. I try to keep my stress down, but I’m not doing so great at that part.

You volunteer and work closely with the local chapter of the American Heart Association. In what ways have you volunteered and helped with fundraising?