Living with Hypertrophic Cardiomyopathy
An Interview with Lisa Salberg, founder & CEO of HCMA 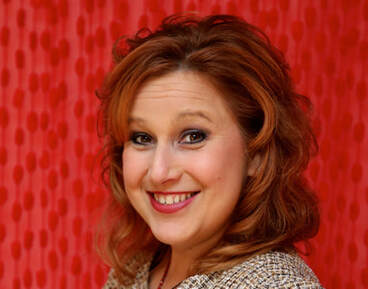 By Carol Lippert Gray
What is Hypertrophic Cardiomyopathy (HCM)?

HCM is an inherited condition in which an area of the heart becomes thickened without an obvious cause. As a result, the heart becomes a less efficient pump. Symptoms vary: there may be none or there may be fatigue, leg swelling, chest pain, palpitations or shortness of breath. Some people experience dizziness or fainting. Complications may include heart failure, an irregular heartbeat and sudden cardiac death. It affects men and women equally. About 1 in 500 people of all ages may live with HCM.
About the Hypertrophic Cardiomyopathy Association (HCMA):

Lisa Salberg founded HCMA in 1996 after losing her sister and other relatives to HCM. The HCMA is a nonprofit organization committed to improving the lives of those with HCM, preventing untimely deaths and advancing global understanding. HCMA is committed to advancing research and to providing support, education and advocacy to those with HCM. It has an active membership of over 10,000 families and provides information worldwide via its website, serving an estimated 200,000 people per year. HCMA's headquarters is in Denville, NJ.
Contributor Carol Lippert Gray spoke with Lisa about the difficulty in diagnosing HCM, genetic predisposition and the goals of HCMA.
What's the likelihood of developing the disease if another family member has been diagnosed?

HCM is a genetic disorder. Researchers have identified many different genes that cause it, so it’s hard to target for gene therapy. But a new class of cardiac energetics is being researched. People need to be aware of the familial aspect, and we need to make sure we talk about genetic diseases. Not everyone needs to have a bad outcome.

How is HCM diagnosed?

There’s no typical way to diagnose it. The average age at diagnosis is 40. Patients look pretty damn normal. They don’t always have a problem, or it may be intermittent. Symptoms might be brought on by a large meal or exercise. Or you may not recover quickly from a cold, for example. My sister died of mismanagement and misinformation. You’d think that, over time, awareness would grow in the healthcare system.

It’s a gender-blind condition, but are there differences in how men and women receive diagnosis and treatment?

When a man complains, he’s generally evaluated sooner than a woman [with similar complaints]. Women are often told their symptoms are anxiety or stress, so it’s not uncommon that they’re diagnosed later, when their symptoms have become more serious. Women are more likely to be given Xanax and antidepressants when men get cardiac catheterization.

Women and men have different kinds of chest discomfort. In men, it can be pain in the left arm or the feeling of an elephant on the chest. Women can have pain between their shoulder blades, up their neck and into their jaw. But once HCM is diagnosed, it should just be handled as HCM, regardless of gender.

It’s a genetic disorder; the disease is the disease. But patients should maintain a healthy lifestyle, stay active, stay involved with a high-volume [medical] center of excellence, and avoid developing diabetes and obesity.
Carol Lippert Gray is an award-winning public relations professional and longtime freelance writer and editor. She has been published in fields as diverse as crafts and corporate finance, parenting and philanthropy. She is also a regular contributor for Sanctuary.