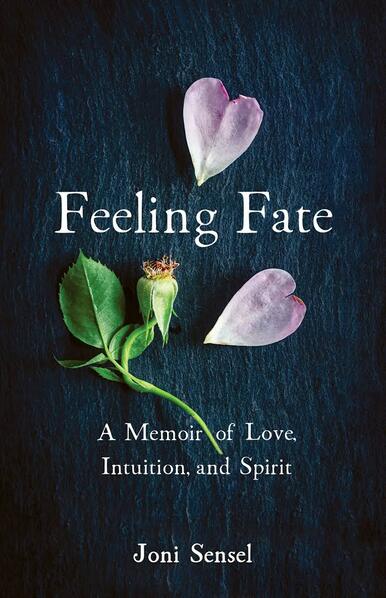 You’d been gone a couple of hours, but your body was still here. All six-foot-two of you stretched out on the living room floor on the sheet the paramedics had used to carry you downstairs. They’d banged your big feet and shoulders against the wall and balustrade. As I followed them, I’d looked away. Pretended not to hear that clunking. Now I was crouched on the step stool in the kitchen, clutching my robe around me and trying not to see your husk from the corner of my eye. Your essence clung more to the kitchen cabinets you’d installed, the slate gray appliances we’d picked out together, the wood grain flooring you’d removed and replaced. But it’s a small house we shared, so your face loomed pale in my peripheral vision.

I hunkered over my knees, my position upright but fetal. I needed to be close to the floor. Where it’s hard to fall down. The floor your body was laid out on. It kept us together. I considered slipping down to the cold laminate and curling into myself there. Its chill seemed inviting. But I didn’t want to make the volunteer EMTs, mostly strangers, any more uncomfortable than they already looked.

They’d tried hard. For an hour. After my own thirty minutes of CPR on your chest. They were kind. Several lingered until Mom or the medical examiner could arrive so I didn’t have to wait by myself. You were gone. In the meantime, I had to make myself small, low to the ground, so the Universe wouldn’t notice me there. It had made a bargain with me, and the price had come due, but the real pain hadn’t hit yet. If I stayed small, maybe I could keep the pain smaller, too.

Mom and Dad arrived, sliding open the door. A puff of cold came in with them, the air chilled by the two feet of snow on the ground. I looked up but stayed down, my wrists pressed to my chest.

Mom bent toward me. “I’m so sorry, honey.” She probably put an arm around me. I don’t remember.

Tears choked my voice. “I’ve always known I wouldn’t have him for long.”

She straightened. “How did you know?”

She probably expected to hear of some illness, some diagnosis you’d had. There hadn’t been one. The paramedics had not wanted to believe the bottle of aspirin in the kitchen windowsill was there for our two arthritic dogs, not so you could thin your blood or treat splitting headaches. They asked over and over when I told them the truth.

Their persistence stirred a childhood wound—aspirin and I have an ugly history—but I understood why they kept asking. Nobody likes the grim fact that a strong, athletic man of fifty-nine might die in his sleep, without the slightest warning, at 4:45 in the morning. Your only health complaints were knees worn down by football and an old shoulder injury stirred by the lifting you’d done to single-handedly build dormers onto our house. You didn’t even carry the typical American’s spare twenty pounds. We’d pumped iron at our local gym twelve hours earlier. We’d made love in front of the fire before heading upstairs to bed.

But when Mom asked how I knew our time would be short, I shrugged through my tears. “I don’t know. Pre-birth contract?” The truth was too complicated to push out while weeping.

So I’m telling you instead, sweetheart. We never talked about this, though it was on my mind often. I tried once to share this secret. But my bargain with the Universe was hard to bring up. It seemed presumptuous to suggest I’d made a divine bargain for you as though you had no say in our love. You were too self-possessed, too powerful a man for me to claim such a thing. Even if I knew it was true.

More importantly, I was afraid to give my intuition weight. To put it in words. If I never said what I knew, maybe it wouldn’t come true. Better yet, perhaps I was wrong, a kook for believing divine forces made bargains.

Your death three years later confirmed my worst fears . . . while sliding rebar into the intuitions that form my spiritual faith. I’m put in the strange position of having lost the one thing in my life—you—that had convinced me of a benevolent Universe of wonder and love. And yet your loss and our fairy-tale romance are also my best proof of spiritual truths—a capital-I Infinite, divine forces of fate. If I’m to survive, I have to cling to that rebar. Searing or not, it reminds me that a grander reality exists. My heart knew the truth, and I have to keep trusting it. Through and beyond the despair of my grief.

I can no longer touch you or smell your scent on your pillow. My intuition, that most maligned of the senses, is the only one I can lean on to keep your love close. As far as I know, there were no other secrets between us. Please let me share this one with you now: all the hints that accumulated on my big premonition, like coral building a reef. They added up to my knowing. You gave me evidence you knew it, too, which kept us honeymooning for nearly four years. That internal wisdom deserves to be honored. I have to explain what my heart knew, and how.