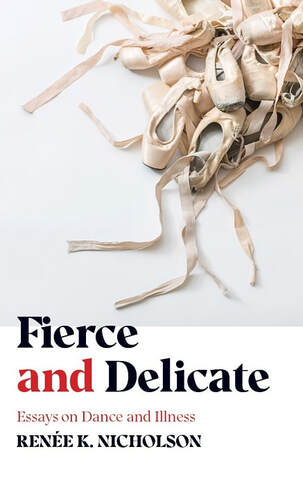 When I Was a Mouse

THE YEAR THE SINK FELL in our dressing room, I was the littlest mouse. When the sink fell, water sprayed out into the long room. The sink had been attached to a wall with no pedestal or cabinet underneath for support. Just an old sink with rust stains around the drain. The wall was painted gray, fluorescent lights shone overhead, and mirrors lined the opposite wall. When the sink fell, no one touched it, although the backstage moms in charge of our dressing room had told us to wash our hands.

Instead, we gathered our bags and costumes and marched out—me petrified that I’d be blamed for the sink, because it hadn’t occurred to me that the theater’s backstage was old and maintenance shoddy, because I had complained out loud about the pink canvas shoes we had to wear with our costumes. I figured I was already branded a troublemaker and the fallen sink would be blamed on me. I was sure of it.

Damp and cramped in the hallway, the legion of little mice was quickly divided. All the mice were small; the taller girls our age were soldiers. Many were nice. We rehearsed with them every weekend in Studio B until we moved into the theater. Unlucky me, not sent to the soldiers’ dressing room.

In the Party Girls’ dressing room, the dancers kept their hair gelled around foam curlers so that onstage they all had perfect ringlets. Costumes with petticoats and ribbons, too. The Party Girls smeared crimson over their lips, their backstage mothers coating girlish lashes with mascara. Many begged for false eyelashes, like the ones the company women wore. Chatter was high-pitched and pointed. The Party Girls did not like mice, even though most mice, like me, were also angels in act 2.

“I have been in the party scene for two years,” a red-headed Party Girl said. “I only did battle scene my first year.”

“Stay still,” a backstage mom said, and then swiped a huge blush brush over her daughter’s cheek.

The girl’s friend, a little blond with a head full of pink foam curlers nodded. She waited for her blush and then said, “I’m the youngest of the party scene girls.”

When I was a mouse, I thought as a mouse. I crept around the outskirts of their conversation. Paid attention, looked for cheese and mischief.
​
“Last year there was a ten-year-old girl in party scene,” the redhead said.

“Most ten-year-olds are still in Battle,” the curler-head said.

I smoothed my hands along my pink tights, fresh from the Capezio wrapper. My mother bought them especially for performing. No holes or runs. The Party Girls narrowed their eyes, heavy with mascara and eye shadow. I didn’t need makeup because I wore a mouse head. My face would be done when I morphed into an angel.

Curler-head pointed a slim finger at me. “How old are you?”

“That’s too young,” redhead said, her voice raising an octave so that she nearly squealed it. I’d made her mad.

“I don’t believe you,” curler-head said. She stared down her own reflection in the big lighted mirror on the wall of the Party Girls’ dressing room. Another mouse told her it was true. We were supposed to get a cake the night of my birthday, to have after the performance. We performed until Christmas Eve, my birthday only a few days before.

Many years later, in Studio Nine at American Ballet Theatre, I would be told, half joking, that little girls are evil, that anyone working with children should read The Lord of the Flies.

“They make you wear a mouse head because you are ugly and need to hide your face,” curler-head said. She kept staring at herself in the mirror, fussing with a foam curler near her cheek.

“Only the prettiest girls get party scene. One of us will surely be Clara soon.”

“You might never get in party scene,” redhead said. “Or you might have to play a boy.” Sometimes girls would have to play boys in the party scene because there were never enough boys for the parts. Mice and soldiers were better than that fate.

I looked down at my feet, covered by the wretched canvas shoes. The girls were laughing at me. “You don’t even get a good dressing room,” curler-head said. “Even your stupid sink doesn’t like you.”

I wanted to cry but didn’t. I wanted to take off those canvas shoes and hurl them at the Party Girls. Instead, I fiddled with the elastics, trying to come up with a real good reply, one that would shut them up. My ears filled with the sound of my own blood pumping. Then I heard my name.

“Quick!” said the director of the children. She was a dark-haired woman with slim arms and legs and a long, imperial nose. “We need you for a photo shoot with the Company Mice.”

Within a week, the wall was patched where the sink fell, and the mice got a dressing room again. Over the place where there used to be a sink, my friends taped a copy of the newspaper picture of me and the big mice. They wrote happy birthday and signed their names. They asked the big mice to sign and they did, and on my birthday the little mice and big mice and even some of the soldiers and third act gingersnaps sang to me, and I wished hard and blew out all the candles in one breath.
​