How Do Your Gardens Grow? 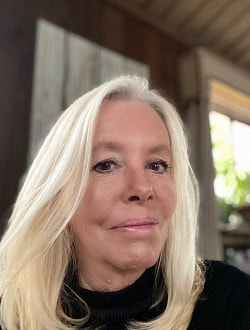 About Wendie:
Wendie Blanchard is the founder and national director of Arthur & Friends, a social entrepreneurial training and employment program that provides meaningful community employment and training opportunities for people with disabilities and individuals with socioeconomic disadvantages who have for many years been considered unemployable. She has successfully developed and directed this program since its initial pilot in 2007. Under her directorship, this program has grown from a small model to a national program for the training and employment of disabled and marginalized citizens.

Prior to launching Arthur & Friends, she worked in public education, providing leadership and administrative support to establish educational programs and manage marketing projects and outreach activities to Sussex, Morris and Warren County communities, businesses and residents. She developed Programs of Study that met the socioeconomic needs of the public and the Carl Perkins Act as well as requests for personal and corporate enrichment programs.

Additionally, Wendie recruited faculty and instructors for workshops and in-services aimed at K-12 teacher training, curriculum development and student achievement. She developed fundraising strategies, wrote grant proposals, counseled teachers, managed staff and assisted with the development of learning communities while teaching several dozen specialized in-services for 21 school districts. She also developed training for 52 nonprofit agencies in Sussex County as well as area business.
Arthur & Friends began in 2008 as a social entrepreneurial training and employment program that provides meaningful community employment and training opportunities for individuals 18 years of age and older with disabilities so that they may live, work, and fully participate in their communities. In 2010, Arthur & Friends expanded to provide these same services to ex-offenders who face many of the same challenges as persons with disabilities. The focus is on creating and expanding employment opportunities, especially for people with disabilities and individuals with socioeconomic disadvantages who have for many years been considered unemployable. These same individuals are often the poorest citizens and the most marginalized in society. This project began as a pilot for a replicable model, which has been adapted throughout the nation.
​Carol Lippert Gray, co-associate editor, spoke with Wendie Blanchard about the inspiration behind the founding of Arthur & Friends and how it has grown over the years to include diverse communities and nurture over 1,000 alumni.

How it all began…

​An impromptu kitchen conversation with her nephew Arthur germinated an idea. The idea led Wendie Blanchard to create a hydroponic greenhouse to provide training and employment to Arthur (who is developmentally disabled) and adults like him, many of whom previously were considered unemployable.
By 2007, she was ready to begin and wrote a grant proposal requesting $50,000 in start-up money. She got it. She called the start-up Arthur & Friends. It became a program of the Northwest New Jersey Community Action Program (NORWESCAP), a private, nonprofit corporation established in 1965 to serve the low-income populations of several neighboring counties. The next year, she requested $500,000. She got it and was on her way to establishing a replicable model.

In 2010, the program expanded to offer the same services to ex-offenders who, Wendie says, “face the same challenges as their disabled neighbors.”

Then there was an appearance on NPR, to talk about hydroponics and creating jobs for marginalized populations. As a result, “The phone started ringing from all over the world asking about replicating the program,” she says. So, she began consulting for other organizations, including conducting feasibility studies and developing training and employment programs.

Fast forward to 2019. Mary Pat Christie, the wife of then-governor Chris Christie, named Wendie the fourth recipient of the New Jersey Heroes Award. “I’m so humbled. This is so wonderful, but I’m not the hero. The heroes are the people who support the program and the people who work the program,” Wendie told the Newark Star-Ledger at the time.
Wendie considers herself semi-retired (which means she’s not taking on full new programs but will provide limited consulting and continues to teach greenhouse management and agricultural marketing at Sussex County Community College in Newton, NJ). She lives in Stillwater, New Jersey with her husband, Brian. Her elder son, Noah, teaches math and physics in New Jersey. Her younger son, Ian, has founded and built four schools in Nepal. She dotes on her three granddaughters. ​​
Do You Have the Seed of an Idea You Want to Nurture?

Wendie’s advice for starting a new venture:
~ Tell everyone you want to do it. Get the word out. Go for it.
~ Talk to people who serve the population you want to serve. Seventy percent of disabled people live at or below the poverty level.
~ You can piggyback on an existing program or start fresh.
~ Do your research.
~ Don’t keep it to yourself because you can’t do it alone. There is a huge population that needs to be served and people care.
~ Develop a brief mission statement.
~ Clearly define the population you want to serve.
~ Crunch the numbers.
~ Break it all down into ten steps and work on them every day.
TO DONATE:
​
For additional information or to make a donation to an affiliate in your area:
Contact Wendie Blanchard

Readers may also donate to Somerset Hills Learning Institute in New Jersey
Please identify the following on any donations: This is for the hydroponics project.