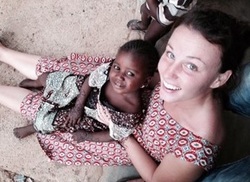 Lainey Heyl grew up in Redding, CT and graduated from the University of Colorado with a degree in geology and environmental studies. She joined the Peace Corps in 2014 and worked in Benin, West Africa as a teacher. When asked why she chose to join the organization, she responded, “There is no why, really. It’s something I’ve always wanted to do.” Her desire was strong enough to see her through the year-long application process required to obtain the necessary clearances. Once “in country,” the volunteers have to undergo an intense three months of training covering everything from food, customs and social hierarchy to gender relations, teaching strategies and language. While French is the official language of Benin, the country has more than 40 indigenous languages.

The Peace Corps (Location of Lainey's service: Benin, West Africa): Established in 1961, the Peace Corps has become our country’s preeminent international service organization, serving 63 countries through its network of nearly 7,000 volunteers and trainees. Of the total, 45% of volunteers work in Africa. Benin is a country of nearly 11 million covering approximately 115,000 square kilometers, bordered by Togo, Nigeria and Niger. Its capital is Porto-Novo, but the seat of government is in Cotonou, the country’s largest city and economic center.

Nancy Burger, Director, Mindful Living & Outreach, sat with Lainey while she was home for a short visit and talked about her life and work in Benin.
What was the first sobering experience you had while traveling to Benin?

For the first three months we lived with a host family in a lush, self-contained development in the capital (Porto Novo) called Songhai. After that time, I left the development with my host family. We left together in a car, which is highly unusual since everyone rides motorcycles. I was stuffed in the back with six other people, not counting children and animals. We were driving over unpaved, mud roads and there was garbage strewn everywhere. It was overwhelming. At that point I said to myself, holy s—t, what have I gotten myself into? How am I going to do this?

When did you finally feel acclimated to your new home?

About a month in, we did a ‘site visit.’ We traveled to the village where we would spend the next 2 years. We made the trip with work partners, but had to return to Porto Novo by ourselves. Once I made it back, I felt like I knew what I was doing. There was no fear. I was confident and understood the ins and outs of life there.

What is a typical day for you?

I usually get up at around 5:30 a.m. to the sound of my neighbors sweeping their dirt floors and pounding yams. I have a bowl of oatmeal that I cook on a small, propane-fueled camp stove, then go to school and start teaching my class at 8am or 10am, depending on the day. We take a break from noon to 3 p.m., and then I teach again from 3 p.m. to 7 p.m. It gets dark at around 6 p.m. and, since there is no electricity in the school, the students will crowd to the front of the dark classroom and huddle around me to see the board. When I go home at the end of the day, my neighbors often give me a dinner (usually rice in a tomato-based sauce with some kind of protein), and then I bathe using a bucket and a bowl that I keep in the back corner of my house. There’s a small enclosure there which is open to the air, kept secure by chunks of broken glass built around the top. There’s a latrine a hundred feet away.

How many students are in your class?

I teach at the 6th and 7th grade level to a class of 60 students, ranging in age from 12 yrs. to 20 yrs. old. It’s common for these kids to take a few years off from school so that they can work and earn money, which is why there’s such a wide age range.

What has been your biggest joy?

Lainey started a girls’ soccer team in her village using balls donated to the Peace Corps by Chevrolet.

Before that, the village had only one deflated ball for the kids to play with. Then they suddenly got 20 brand new, bright orange balls--so I started a soccer team. They loved playing the game, but the experience also provided me a platform to address important topics such as sex education, birth control, AIDS and leadership skills. I’ve watched them grow and learn, and have not only become close to them, but also to their families. And since there was trust, the families were much more comfortable allowing the girls to be part of the team.

What has been your greatest struggle?

I became very close with one of my girls — a fourteen-year-old who, in many ways, reminded me of myself. Unfortunately, she became pregnant, and was therefore no longer allowed to go to school, even though her parents committed to helping her raise her child. We’ll see if this is still the case in the fall. During her pregnancy, I was moved to another village due to a security concern. It was all very sudden, and I was unable to see her through a horribly difficult experience (which included an emergency C-section). She was my favorite, and that was really hard.

How did you handle having to leave your village so suddenly?

She was visibly upset as she described having to leave behind this community of people she had grown to love and care about so deeply. Her expression and body language changed immediately.

They excused the girls on my team from school the day I left so that I could say goodbye. There were about 25 of them. It was the most emotional experience I’ve ever had in my life.

Lainey Heyl is an old soul — wise and intelligent, a natural beauty with a kind and caring heart. To say that her work with the Peace Corps has changed her seems trite and thin. There’s a glow that surrounds her face when she talks about her time in Benin. She sees past the hardship and revels in the changes she has put into motion.

There are days when I’m staring at the chalkboard, mumbling one obscenity after another under my breath. But then there are great days, when I feel like I’m really making a difference. I used to think I was open-minded, but now I’m much more willing to trust people, talk to anyone and eat anything. As many in the Peace Corps say: 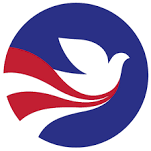 For more information about the Peace Corps and opportunities to volunteer: