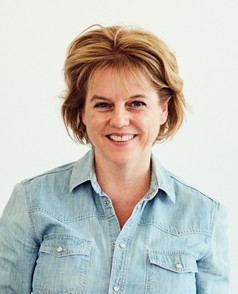 Rachel Kelly is a former journalist with The Times (London) and has since become an international bestselling author and well-known advocate for the mental health industry.

Her mem­oir Black Rain­bow: How Words Healed Me – My Journey Through Depression  (UK: Hodder & Stoughton, New York, London: Quercus) was a Sun­day Times be­stsell­er in 2014, and her second book on well-be­ing, Walk­ing on Sunshine: 52 Small Steps to Hap­pi­ness (Short Books Ltd.), became an in­ter­nation­al be­stsell­er, pub­lished in the U.S., Canada, Poland, Ger­many, Tur­key and Croatia.

The turning point in Rachel’s life and career came when she suf­fered two major de­pres­sive epi­sodes. These two epi­sodes have be­come the de­fin­ing events of her life. Since then, she has written about the con­di­tion and her re­covery and has become dedicated to several charitable organizations that help those dealing with depression and other forms of mental illness. Her personal goals have been to reduce the stigma surrounding mental illness and to help improve treatments so others can find their way to recovery.

Rac­hel now speaks pub­lic­ly about her journey with severe depression and her road to re­cove­ry to help educate her local and global community. She is vice president of United Response and an of­fici­al am­bassador for Re­think Ment­al Il­l­ness, Young Minds, SANE and The Co­un­sell­ing Foun­da­tion. She runs workshops, gives talks about the therapeutic value of the arts, shares research, and writes articles to reach as many people as possible.

More recently, she has written about the link between what we eat and how we feel. The Happy Kitchen: Good Mood Food (Short Books Ltd.) was published in the UK in January 2017. Her latest book The Happiness Diet: Good Mood Food will be released in the U.S. and Canada in September 2017.

Please note: Sanctuary published an excerpt from The Happiness Diet in our October 2017 issue.
Myrna Beth Haskell, managing editor, spoke with Rachel about her personal journey and recovery from depression and how her work as a volunteer and leader for mental health charities has transformed her life’s trajectory.
Can you tell me a bit about your personal story and how you were able to eventually climb out of those devastating and unpredictable years?

My first episode was in 1997. This was the year that Tony Blair was elected Prime Minister of the UK. I was a junior reporter for The Times in London. My husband worked in financial services for Goldman Sachs. We had two small children. I was juggling work and motherhood. Out of the blue, I had this night of alarming physical symptoms and insomnia – my mind was racing with catastrophic thoughts, my heart was racing, I was nauseous, I had this sensation of falling. I was a high functioning person, so I thought if I can just get back to normal…back to a normal schedule and get some sleep…I’ll feel better. So, the next morning, I didn’t go to work, but the symptoms continued. After three days and three nights of this, I went to the hospital. My heart was racing so unbelievably fast, and I felt like I was going crazy. For six months, I was really sick. I took medication for sleep as well as anti-anxiety medication. Eventually, things got back to normal, and I went back to work.

When I got pregnant with my third child, I was worried the pregnancy might trigger another episode. So, I quit working in the mainstream media, and I began doing freelance work at a slower, controlled pace. I felt I was doing well at this point.

Then, I found out I was having twins, and, after I gave birth, it started up again. I crashed this time. I was really ill for two years. It got worse in the hospital, and the acute phase lasted about seven months. My mum came to live with us.

Rachel says depression is an illness and there are classic triggers, such as bereavement, divorce, child birth, etc. There is also a link to major hormonal changes (e.g. menopause or menstruation).
So, I’ve been writing books and working with charities to help people learn strategies for better mental health. I personally learned how debilitating this illness is. I was unable to function as a mother and a professional.
Can you tell me a bit about your role as vice president of United Response?

I wanted to give back, so I offered my advance and royalties from the sales of Black Rainbow to United Response and SANE, two charities that I really believe in.

United Response provides services for mentally and physically disabled people to be treated at home. I know how good it is to be able to recover at home. When you’re in the hospital, you are surrounded by those who are very unwell.

I see my role as an honorary one. I go to functions and share their research and findings. I basically campaign for them.

I campaign for SANE as well. This is an organization that raises awareness about mental illness and is working to reduce the stigma.

It’s transformational. I benefit so much! I also get wonderful feedback. There was a prisoner in one of my workshops who had the reading and writing ability of a nine-year-old. After my workshop, he decided to sign up for the prison’s literacy classes. This made me feel so good! Seeing the changes in peoples’ lives and moods…well, when we give, we receive. And this is really good for anyone’s mental health. I now have a sense of gratitude for my own blessings and focus on what I’m grateful for.

If someone believes a family member’s or friend’s mental health is declining, what is a good first step in helping them seek professional help?

Unfortunately, mental illness is still misunderstood and there is still a stigma surrounding it. The best approach is to try to get the person to talk about one or two physical symptoms, such as insomnia or being unable to get up in the morning, heart palpitations, decline in appetite, etc. Keep away from the psychological stuff and talk about physical symptoms because this will likely be more comfortable. If symptoms last more than two weeks, urge him or her to see a professional.

It’s important to understand that depression looks different on everyone. It can be dramatic like mine or come on more slowly. However, it’s important to know that there is good help out there.  The problem is that a lot of people don’t access that help. I am very positive because I understand that there’s a lot we CAN do. There are really terrific evidence-based strategies that can help people overcome depression and other forms of mental illness.

However, we’re just in the foothills, and so much more needs to be done.
Please see more information about the charities mentioned in this interview below: