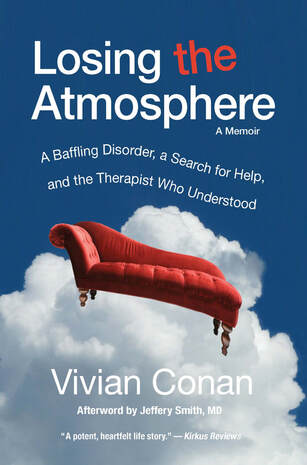 On Friday morning of my first week, I woke feeling overwhelmed. Also scared I would flunk out. I still took my mother literally and was going to school in order to have a place to live. But by the time I got off the train at Pratt, I had a plan. Instead of heading to class, I went to the office and dropped the two courses for which I had to spend long hours in the library. That left me with three classes totaling nine credits.

“How was your first week?” my father asked when I got home.

“OK,” I said, walking through the foyer toward my room.

“What courses are you taking?”

I monitored his voice, the barometer that warned me of impending danger. I recognized that his chattiness wasn’t idle, but he was still in friendly mode. I turned to face him. “Cataloging, Selection of Library Materials, and Function and Management of Libraries.”

“Only three? Is that all they require?”

The barometer flashed a caution signal. Maintaining eye contact, I took a step backward, toward Marvin’s room. “I was taking five, but I dropped two today.”

I took another step back. He took one forward, keeping the few feet of space between us constant. I could tell he did it unconsciously, but it unnerved me.

“What do you mean, you dropped them?”

I stiffened. “I was taking fifteen credits, but now I’m taking nine.” I didn’t move back. I was afraid he’d move forward again. I slipped off my jacket and draped it over one arm. My bag and books were in the other.

“Why did you drop them?”

“They were too much work.”

I moved back. He moved up an equal distance.

“I’m sure if you go in Monday and tell them you made a mistake, they’ll let you reinstate them.”

“I don’t want to reinstate them.”

I felt the doorsill with my foot, the beginning of the accordion divider passageway alongside Marvin’s room. If I could get through it to my room, I would be safe. My father rarely came in.

“I’m still going to be a librarian.”

I moved. He moved.

His voice got suddenly gentle. “If you tell them you want those courses again, I’m sure they’ll say OK. Anyone can make a mistake.”

“It wasn’t a mistake.” When I moved back, I felt the doorsill to my room. I was both glad and afraid. I had to work it so I got in but he didn’t.

“Viv, you want to be someone. A librarian is someone. You don’t want to be no one.” His pleading was desperate, almost a threat.

“I am going to be a librarian.” I stepped back and into my room. He stepped forward, still in the passageway.

“You drop another three credits, and you’re only taking three!” He was yelling again.

“I’m taking nine credits, and I’m not going to drop any more.”

This time, when he stepped forward to match my movement back, he stepped over the doorsill, invading my sanctuary. With a thud, my center of gravity shifted. I grabbed the edge of the desk to catch my balance as my body rearranged itself—the connection my feet made with the floor, the way my arms attached in their sockets. He changed, too. His face became larger, grotesque. Wild energy streamed from his eyes, flowing over me.

“You drop those three, and you dropped out altogether. You’re taking nothing!
NOTHING!” The huge face was between me and the door, blocking any chance of escape.

“You’ll have no profession!” the face screamed. “You’ll be a nobody and no one will respect you.” The lips got softer. “If you ask them, you can get everything back. It’s not too late.”

I laid my jacket, books, and bag on the desk, then folded closed, leaving an uninhabited body standing in front of him.

Nothing...profession...respect... The words penetrated my empty container. I couldn’t move or speak, but I had my listening look on. It was safe as long as he thought he was getting his point across. Time passed. Five minutes? Ten? ...mistake...EXPLAIN... NOBODY....

Something took over my body. Propelled it toward the closet. I pushed the sliding door open, stepped in, and closed it. Jackets and skirts brushed my face. In the darkness, I moved to the back and crouched on the shoeboxes.

“Answer me! Say something!” I could tell he had walked up to the closet. “Come out of there!”

I was afraid he would open the door, but when he kept on alternately yelling and pleading, I realized he wouldn’t. He was only inches away, but the wooden panel that separated us was like a castle moat. I closed my eyes and curled around the little dot that was left of me, the dot that knew I was taking nine credits.

After a long time, my father’s voice stopped, and I heard him leave. I waited a moment before sliding the closet door open a crack. The stillness was eerie. I let my eyes adjust to the brightness and tiptoed through the passageway. Good—the living room door was closed. He wouldn’t see me. A second later, I was in the hall, the normal world that was always just on the other side of our apartment door. I ran down the stairs and into Nona’s kitchen.