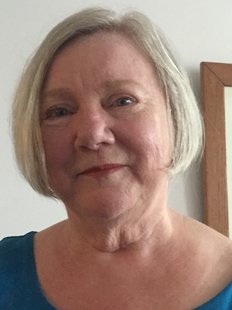 Leslie Erway Wright is the UN Committee Chair for Zonta International. She coordinates the organization's volunteer teams active with UN Headquarters in New York, UN offices in Geneva and Vienna, and Unesco in Paris. Leslie advises the Advocacy Chair and International President about activities that Zonta International should engage in. Before assuming this position, Leslie was a representative of the UN for the World Association for Girl Guides and Girl Scouts (WAGGGS) and the NGO Committee on the Status of Women as well as other leadership roles in the UN. From March 2013 to June 2014, Leslie was the Chair of the 125th Anniversary Committee for the National Council of Women where she spearheaded events to celebrate the founding of the council by Susan B. Anthony, pioneer feminist and activist for women's suffrage.
Myrna Beth Haskell, managing editor, spoke with Leslie about her work as the UN Committee Chair for Zonta International and the organization’s current goals and campaigns.
How long have you been involved with Zonta, and what drew you to the organization?

I joined in 2001 before the towers fell.* I started out at the local level. With me, it usually starts with something piquing my interest. I wanted to do something local, so I went to a couple of meetings. Then, I just volunteered because I believed in what they were doing. It’s a great opportunity to work with people who are different from you, but have the same interests.

After serving as Club President, I moved to the district level. I was then elected as Area Director in New York (Zonta District 3). I conducted workshops and provided advice and counsel to the clubs in the area. Then, I became Chair of the Advocacy Committee. I developed a manual on how to influence state legislatures to support our mission and campaigns, and the manual was distributed to all of the districts.

I was already involved with the UN, having been a representative for the World Association for Girl Guides and Girl Scouts and the NGO Committee on the Status of Women. I have so much knowledge about the UN that I wanted to share it. I became UN Committee Chair for Zonta International in July 2014.

*Leslie is referring to the 9/11 terrorist attacks when the World Trade Center towers collapsed in downtown New York City.
You’re involved with the coordination of Zonta International’s volunteer teams at the UN Headquarters in New York, UN offices in Geneva and Vienna, Unesco in Paris as well as dealing with contacts in Bangkok, Thailand. Could you tell me a bit about what is involved at this level?
Delaying Early Marriage in Niger: Description: Early marriage is a form of sexual and gender-based violence with detrimental physical, social and economic effects. Niger has the highest child marriage rate in the world with 77% of girls married by age 18 and 30% married by age 15. 42% of adolescent girls give birth before the age of 17. A high proportion of school-aged girls are not in school and 73% of adolescent girls, ages 15-19, cannot read or write.

This program encourages families to not have their daughters married as children. Mentors help educate the young girls in “safe spaces” and conduct visits at family homes to help educate their parents.

Addressing Human Trafficking and Unsafe Migration in Nepal: Description: Nepal has long been a country of origin for labor migration and trafficking in persons, particularly women and children, for the purposes of sexual, labor and other forms of exploitation. Trafficking often takes place as part of undocumented migration and is a serious violation of human rights.

We need to provide resources for families so their girls are not trafficked. These families are so desperate and live in such poor conditions. They sell their children because they think they’re going to be educated and have a better life.

Let Us Learn Madagascar: Description: About 90 percent of Madagascar’s population lives on less than $2 (USD) per day, leaving children particularly vulnerable. More than a quarter of Madagascar’s children are excluded from formal education, and one out of three girls will become pregnant before the age of 18. Junior secondary school enrollment fees are prohibitively expensive for families, forcing parents to select one child to continue their education, often leaving girls behind.

This is about helping girls get an education who otherwise would not have the option. UNICEF is also involved with this project.
What’s challenging about coordinating projects at this level?

It’s a little difficult to get your arms around it sometimes. I have 16 committee members and 32 representatives that I have to get information to. Besides our international service projects, we need to focus on our umbrella goal. This is Goal No. 5 of the Sustainable Development Goals which, in addition to eliminating violence against women, is to achieve gender equality and empower all women and girls to see that they have proper health care, access to education, and equal opportunity to hold leadership positions. We need to guide the local clubs to be sure their service projects have this primary focus in mind.

Readers can go to the Zonta International website to look for local Zonta clubs in their area. What should a new member expect? What do Zonta clubs do at the local level?

Hopefully, new members will be involved at the club right away and start participating in an activity. It’s not just about going to meetings. Individual members can suggest new ideas to local boards if they’d like to work on something else. Projects at the local level range from making sure there is easy access to immunizations to establishing battered women shelters.

You know, Zonta has a “Girl Scouts grown up” reputation. There’s a group in New Rochelle that works directly with Girl Scout groups on projects. Zontians also have tremendous support from their husbands. Zonta has endorsed the “HeForShe” campaign at the UN which encourages men and boys to be advocates for gender equality. Zonta welcomes men to its organization.

I would like to start a club in Brooklyn. We have local clubs in and around the city, but not right in Brooklyn. Members love to provide services that directly impact their own neighborhoods.
For more information about Zonta International
and a list of local Zonta clubs
click the logo below: