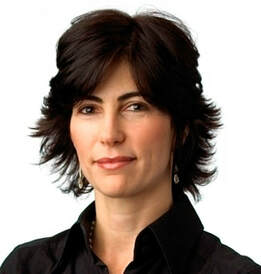 Lesley Goldwasser was born and raised in Zimbabwe and is co-founder and board chair of Zara’s Center, an after-school haven for AIDS-impacted children in Bulawayo, Zimbabwe that has served thousands of children ages 5-18. She is also co-president of the Plutzik Goldwasser Family Foundation which supports wide-ranging causes, including education, African relief, literature, and Jewish communal causes.

Lesley and her family own and operate The Betsy-South Beach, a boutique luxury hotel in Miami Beach known for its community-based philanthropic work and a deep commitment to arts and culture. Lesley is also a veteran Wall Street executive with over 25 years of investment and banking experience and is managing partner of GreensLedge, an investment banking firm headquartered in New York City with offices in London, Tokyo, and Seoul.

Lesley currently serves as lead independent director of Tiptree Financial, and she is on the board of directors of Miami Music Festival and the UJA Federation of New York.
Myrna Beth Haskell, managing editor, spoke with Lesley about the founding of Zara’s Center, her other philanthropic pursuits and her lifelong love of the arts.

You were born in Bulawayo, Zimbabwe. Tell me about your hometown.

It was a beautiful town. My parents moved there from Eastern Europe to escape the Nazis. It was a joyful place…the people…the community. There was a beautiful and eclectic mix of Victorian and art deco architecture.

But there was an all-white government, and only white people could vote, which caused unrest. Then, civil war broke out, and from the time I was about 12 years old and onward, the country started to deteriorate. People started leaving…there were curfews, searches, and mortar attacks. My brothers left just before graduation because my father didn’t want them to fight in the war.

When did you first come to the United States?

I studied at the University of Cape Town in South Africa, and then I left for New York just after graduation.
Please explain the inspiration behind founding Zara’s Center. The website says that there has been an increased number of orphaned children in Zimbabwe due to AIDS and the deteriorating economic situation.
Another thing that drove us was the fact that there were various causes and programs helping in many other parts of Africa, but not in Zimbabwe. I think part of the reason was that there was too much corruption, which made things extremely complicated. But this is where I was from, and we were determined. I’ve always said that if you really want to do something, you need to put your mind to it.

We were starting this from scratch. I won’t lie…there were many, many bumps in the road. There were also times we wanted to shut it down…but we persevered, and I’m proud to say that the center is doing really well today.
*The LIYANA 2009 USA Tour was co-produced by the PG Family Foundation, the John Lennon Educational Tour Bus and The Betsy-South Beach. Liyana (which means "it’s raining" in Ndebele and equals good luck) is an Afro fusion band whose members were born with impaired physical abilities.

**Lalela provides educational arts for at-risk youth to spark creative thinking and awaken the entrepreneurial spirit. Through Lalela's arts curriculum and critical messaging component, it helps ignite imagination and teach children how to map and manifest their dreams and goals, launching the possibility of a different future for themselves and their communities. ​​
Does Zara’s Center rely on volunteers to help with the wide range of activities?

We don’t have a lot of volunteers. This is one of the challenges. It’s complicated in Zimbabwe. For instance, the Internet shut down just two weeks ago. Petroleum costs are up 200 to 300 percent. Security is also an obstacle.

We have a five-acre plot of land across the road from the center where we grow our fruits and vegetables. This is where we have plans to build two guest houses for volunteers so they will have a place to stay.

Note: Most of Zara’s staff consists of trained professionals native to Zimbabwe. These professionals have both cultural and experiential understanding of the needs of the children being served.

How does the Zara’s Ambassador Program work?

My niece and nephew have phone calls with the Zara’s Center kids on a bi-weekly basis. Children are driven to reach out to others their age. It’s inspiring for the kids in Zimbabwe to talk to a student in America, and vice versa. There’s an exchange of ideas and friendship.

Lesley explained that second-hand smart phones and small tablets are needed and easy to transport. However, since taxes and duty charges can be daunting obstacles for getting computers and similar, large items to Zimbabwe, Zara’s Center is always looking for cash donations so that needed items can be purchased locally.

How many children are enrolled at the center? Are there any plans for expansion?

We currently have over 125 kids registered (ages are 5 to 16). About 75 of those children come to Zara’s for breakfast before school because many of them don’t eat anything until they come to the center.

We would take more kids if we could. The number of toilets dictates how many children we can have, and only so many are allowed on the property. There is a huge waiting list. It’s known that Zara’s kids are doing well. At Zara’s, 100% of the poorest children complete lower secondary school compared to the national average of 36%.

We are working on becoming self-sustainable. We are growing our own food, and we have a well on the property (called a ‘borehole’). It’s one of the only boreholes in the area, so we supply water to the community during shortages. [Zara’s Center has the only generator in the area as well, so they provide electricity during blackouts.]  We are also the only school with Wi-fi, and we lend books to other schools because oftentimes the teacher is the only one who has a copy of a textbook being used in the classroom.

One of our objectives is to supply the school with not only fruits and vegetables, but chickens, eggs, and meats and to be able to provide for the community as well.

​My dream is to create little Zara’s across Zimbabwe in needed areas.

Can you tell me about the PG Family Foundation and some of the collaborative projects your foundation works on?

The foundation is a big supporter of Zara’s Center, but we also support a wide range of cultural and educational programs. [The Foundation uses a venture philanthropy framework to collaborate on projects of critical import to under-served and marginalized communities, both domestically and internationally].

I’m interested in hearing more about The Betsy-South Beach. I’ve read that the hotel has a commitment to the arts and cultural activities. It’s also known for its community-based philanthropic work, correct? ​
I feel so lucky to have this beautiful and comfortable space and to be able to sprinkle artistic, happy dust there.

*The Betsy's (mostly jazz) Live Music Series features performances with world-recognized musicians. These informal nights are warm and welcoming with no cover charge and no minimum drink order.

**Since its opening, The Writer's Room has hosted two U.S. Poet Laureates and many other emerging and established writers, all of whom have participated in Betsy-directed community service programming during their stay.
How has your philanthropic work shaped your personal and professional life?

I don’t really think it has shaped me because I don’t think of myself that way. It’s just part of me…what I’m compelled to do. Having grown up in Zimbabwe…I got a different perspective of the world. I feel so lucky to be living in America and to have all these opportunities available to me.

So it makes you want to help others who may not have the same opportunities?

When I’m working on my music with my dog, Katie. [Lesley laughs] Katie is short for Katharine Hepburn. I like to call myself a DJ…really though, curating music is such a love of mine.

I asked Lesley what instruments she plays.