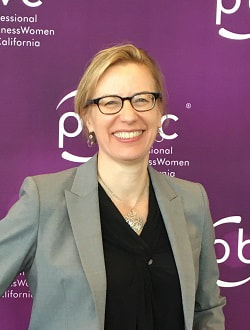 About Cameron:
Cameron Myler’s professional experiences are diverse, but there's a common theme: sport. She is a Clinical Assistant Professor at New York University’s Tisch Institute for Global Sport, an arbitrator with the Court of Arbitration for Sport, an intellectual property and sports lawyer, and a four-time Olympian in the sport of luge.
She is committed to using sport to promote development and social change. Cameron is an Athlete Ambassador for Kids Play International, a nonprofit that uses sport to promote gender equity in countries impacted by genocide, an Olympic Ambassador for Athlete Ally, which advocates for inclusion of the LGBTQ+ community in sports, and a Champion for the Sports Integrity Global Alliance. She also supports Champions for America’s Future, a nonprofit organization that promotes policy solutions for at-risk kids to compete in life.

After retiring from competitive sport, Cameron received her J.D. from Boston College Law School and an Executive Masters in Sports Organization Management from the University of Poitiers, a program coordinated by the IOC. She is currently enrolled in a coaching certification program at the International Coach Academy and plans to coach athletes in their career transitions after she completes the program.

Since the start of the pandemic, Cameron has been living in Woodstock, NY with her chiweenie dog, Flash.
Myrna Beth Haskell, executive editor, spoke with Cameron about her experiences as an Olympic athlete, her arbitration and litigation work, and her varied creative pursuits.

Why luge, and when did you start competing?

When the Winter Olympics were held in Lake Placid [1980 Olympic Games held in Lake Placid, NY], I went with my parents to watch the events every day – they were volunteering. Luge was still very new in the U.S. I was fascinated by it. To get people interested in the sport, the luge association held a two-week camp right after the Olympics. My parents let me skip school to go. I was always studious and did my homework, so they were fine with me going. I loved it so much! I don’t remember this, but my mother claims when she asked me if I was afraid that I told her I was ‘humming and singing all the way down.’ At the end of the two weeks, there was a Junior Olympics race, and I won my age category. I was invited back to a camp that next summer. I was 11 years old, which is a typical age to start in the sport. I made the national team in my junior year of high school. I won nationals when I was 16.

​I always hold my breath when I see luge competitions. Were you fearful at first due to the speeds? Did you ever crash?
I finished 7th in Nagano. I really didn’t think I could have done better. Of course, I would have liked to have medaled at the Olympics, but knowing that you’ve done the best you can do is what matters. [Cameron’s best Olympic finish was 5th in Albertville, France in 1992. She was sick with the flu that year.]
Each sport nominates someone who best represents the Olympic ideal. Then, one person is picked from the selected athletes. I didn’t think I would be picked. It was like the Oscars – it’s an honor to be considered, and you’re included with this amazing group of athletes. [Speedskaters] Bonnie Blair and Dan Jansen were candidates! It was also a very tough year. I had dislocated my shoulder earlier that year, and my brother was dying from colon cancer. Cameron smiles as she remembers her brother. He competed in the luge first, so I kind of stole all of his equipment (he was 13 years older than me, very much my big brother). He was super supportive of me, so it was really tough.

You were elected to the U.S. Olympic Committee board of directors. Did this role inspire you to become a lawyer?
​
Yes. During my time on the USOC, I met a lot of lawyers who were doing work in different capacities. I was on the board from 1996 to 2003/2004. The board was very large (120 people were on it and 20% of the board of directors had to be athletes). There were about 20 on the executive committee. The USOC needed to develop a new governance structure at the time, so a task force of 10 people was chosen, and we proposed that the new board would consist of only 11 people. We had to convince all of these people to give up their positions. I testified before Congress on behalf of the task force during that process.
I’ve been there three times now, but the first time I went to Gatagara [a small, rural community in the hills of Rwanda], I saw a community with no running water or electricity. If you had a goat, you were considered in good shape. These kids literally had one shirt, one pair of shorts and plastic shoes. They would wrap rubber bands around rags to be used for football [known as soccer in the U.S.]. The societal norms were very specific about what it means to be a boy versus a girl. We brought baseball equipment and taught them how to play baseball. It was fantastic to see the change in mindset. We’ve since heard from the community that the boys now realize that cleaning and doing dishes is not just for girls – they’re seeing girls as their equals. The last time we were there, we opened a new community sports field.
​
I can definitely categorize this as one of the best sports-related experiences I’ve had in my life. We have a program in Cambodia now. We’ve done a lot of training with the local coaches. A State Department program brought the Rwanda coaches to Park City, Utah for two weeks to learn the curriculum. Most of them had never been out of their village.
In terms of gender equality, what improvements have you seen since you first competed in the luge?

You’re faculty adviser for the Women in Sports student club at NYU. What does this club offer female athletes?
​
We provide for opportunities for these female athletes to interact with professionals within the sports industry. I’ve organized a variety of panels. It’s valuable for these students to have the opportunity to interact with and to see what women have accomplished at a high level - if you can see it, you can be it.
I’ve heard you also have a passion for photography. When did this interest develop?

My mom was very crafty, so I grew up doing a variety of things. I have this mix of analytic and creative skills.

Dartmouth was on quarterly semesters which worked well with my schedule. It took me seven years to get my degree because I would do two quarters per year. Right after my brother died, I signed up for two art classes in drawing and design. I got citations for extraordinary work and wound up taking additional art classes. I was originally doing a lot of painting – large-scale abstract landscapes.

Cameron said she transitioned to photography after taking a bunch of beach photos with a disposable camera on a business trip to California.

​I realized that what I had been painting was what I was capturing through photography.
​
Cameron is also passionate about weaving.

Several years ago, I made a big loom. I use upcycled fabric to weave rugs - recycled sheets and recycled t-shirts.
Cameron's Website
Kids Play International
Follow the adventures of "Flash" on: