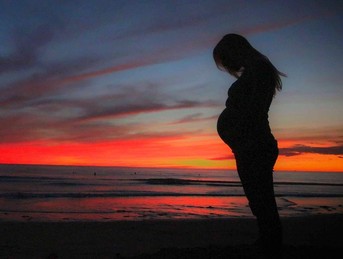 Chris Willhite is Chairman of the Board of Directors for the Neurological Health Foundation (NHF), a non-profit that works with medical doctors, nutritionists, neuroscientists and other researchers to develop specific, evidence-based recommendations that women or couples can follow to improve the odds of having a child free of chronic neurological health disorders.

James B. Adams, Ph.D., is the director of the Autism/Asperger’s Research Program at Arizona State University and Chair of NHF Scientific Advisory Board.

“What we know about foods has not changed too much over the years, but there are some specific things to consider,” explains Dr. Adams. “Prenatal vitamins should be taken even before you plan to conceive. Women who do this have a 40% lower chance of having a child with autism.” The vitamins and minerals present in the prenatal vitamins that doctors prescribe, including folic acid, vitamin D and iron, are crucial for a growing fetus.

Adams says that most women are not getting enough vitamin D and that taking a supplement from the start can cut the number of pre-term births in half. Many women also have iron deficiencies and low iron can increase your chance of having a baby with autism (e.g. a University of California, Davis study found that 40% to 50% of pregnant women have an iron deficiency). However, not all physicians retest for iron levels after the first tests are taken. “It’s very important to test for iron again in the third trimester,” Adams states.

It’s also imperative to have folic acid (the synthetic version of folate which is found in dark green vegetables and citrus fruits) in your system before you get pregnant. The CDC recommends that women take 400 mcg of folic acid every day starting one month before they get pregnant. This is because folic acid helps your baby's neural tube development.

“Folic acid is important in reducing autism because it helps with the methylation cycle (process of turning genes on and off),” says Adams. Studies have shown that impaired methylation leads to increased risk of birth defects, speech delay, autism, ADHD etc.

The Facts on Fish

Pregnant women used to be told to avoid fish because nearly all fish contain some mercury and babies exposed to mercury in the womb can suffer brain damage. “Seafood quality has changed quite a bit. Omega 3 fatty acids are very good for you, but farm-raised fish are fed corn, so you are not getting the benefits, and most shrimp that you find in the grocery store today is farmed,” warns Adams. He advises pregnant women to stick with wild caught fish from clean, natural sources that are low in mercury (e.g. salmon, cod, shrimp, etc.). “Remember, too, that if it smells bad, it is bad,” Adams adds.

More specifically, the American Congress of Obstetricians and Gynecologists advises, “Limit your exposure to mercury by not eating shark, swordfish, king mackerel, or tilefish. Limit eating white (albacore) tuna to 6 ounces a week. Be sure to eat at least 8–12 ounces of low-mercury fish and shellfish per week.”

Staying hydrated is extremely important, but pregnant women need to be careful when it comes to bottled water.

Willhite cautions, “Water bottles sit on trucks during transport and can be exposed to high temperatures. The chemicals released from the plastic in this case can cause health problems. We recommend drinking water from a natural source such as a spring or from a well that’s been tested and deemed safe.”

MarchofDimes.org explains that two chemicals in plastic that may cause problems during pregnancy and early childhood are Bisphenol A (also called BPA) and Phthalates.
Bisphenol A makes plastic clear and strong and is sometimes used in baby bottles, water bottles, and metal cans. Phthalates make plastic soft and flexible. Medical equipment (such as tubing), shampoo, makeup, and food packaging may contain phthalates.

2) Don’t re-use single-use plastics. These are plastics that are meant to be used once and then thrown away, like shopping bags, water bottles, coffee cups and straws. If you re-use them, they can break down and release chemicals. Instead, use cloth shopping bags, glass bottles or cups and paper straws.

In general, eat whole foods (frozen is also acceptable), instead of processed foods.

What you eat pre-conception and during pregnancy greatly impacts the health of your growing baby. The Neurological Health Foundation Scientific Advisory Board has created scientifically-informed meal plans and grocery lists to help you eat the most nutritious, safest food possible for your pregnancy and the well-being of your child.

In addition, readers can request the Healthy Child Guide from NHF’s website. This is a publication based on a wealth of research and clinical experience and is a must read for moms-to-be. The guide provides a step-by-step plan that women and their partners can follow to improve their chances of having a healthy child.

For information about foodborne pathogens/illness and other resources visit FoodSafety.gov.