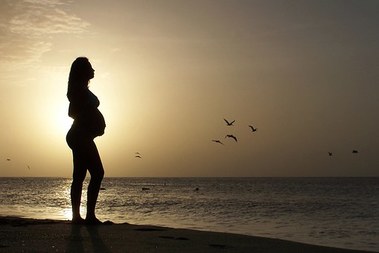 What is gestational diabetes?

According to the CDC (Centers for Disease Control), “Gestational diabetes is a type of diabetes that can develop during pregnancy in women who don’t already have diabetes. It occurs when your body can’t make enough insulin during your pregnancy. Insulin is a hormone made by your pancreas that acts like a key to let blood sugar into the cells in your body for use as energy.”

Research has shown that all pregnant women have some insulin resistance due to the hormonal changes associated with pregnancy.

Gestational diabetes is more common as women get older. The National Institutes of Health (NIH) have conducted research that has shown maternal age, BMI, previous history of gestational diabetes and family history are all high risk factors.

The American College of Obstetricians and Gynecologists reports, “If you are older than 35 years, you also are more likely to develop high blood pressure and related disorders for the first time during pregnancy.”

Due to a number of factors, advanced maternal age is a growing trend, so women should educate themselves on the topic.

“The condition used to be relatively uncommon, but the rate has risen dramatically in recent years,” says Kecia Gaither, MD, MPH, FACOG, a perinatal consultant and double board-certified physician in OB/GYN and maternal-fetal medicine who is based in New York City.

The CDC reports, “Every year, 2% to 10% of pregnancies in the United States are affected by gestational diabetes."

According the International Diabetes Federation, “21.3 million or 16.2% of live births had some form of hyperglycemia in pregnancy, and an estimated 85.1% were due to gestational diabetes.”

Therefore, one of the most important medical tests expectant mothers undergo is one that tests glucose levels during pregnancy.

“To evaluate for gestational diabetes, women between the 24th and 28th week of pregnancy undergo a routine screening,” Gaither explains. This test* is performed earlier in a pregnancy if certain risk factors are present. These include:


“Moms-to-be shouldn’t panic if their blood sugars show they’ve got gestational diabetes,” Gaither stresses. However, “It’s important that the disease is recognized and treated early to afford a good perinatal outcome,” she adds.

*The test involves drinking a bottle of a glucose solution (called Glucola), and having blood drawn an hour later to analyze glucose levels. If a woman’s blood sugar is higher than 135 mg/dL, she’s referred for what’s called an oral glucose tolerance test – a more stringent screening involving an overnight fast, consuming another glucose solution and having blood drawn 4 times over 3 hours. An abnormal result confirms the diagnosis of gestational diabetes.

Gaither points out risks to both the mother and the baby.

Associated risks to the mother include:


Associated risks to the baby include:

“If you or a loved one has been diagnosed with gestational diabetes, there’s a lot that can be done to protect both mom’s and baby’s health despite the condition,” Gaither reports. “Some cases can be managed without prescribing insulin – implementation of regular exercise and dietary changes can effect good glucose control,” she says. “Eating fewer sweets and smaller, more frequent meals can have a positive impact.”

Gaither suggests checking blood sugars regularly and bringing a sugar log to each prenatal visit so your healthcare provider can monitor your progress. “If insulin is recommended by your doctor, make sure you take it as prescribed,” Gaither states.

“Insulin doesn’t cross the placenta, so it won’t affect the baby,” Gaither explains. “It just helps to keep mom’s blood sugars stable, protecting both of them. By taking a few crucial steps, mother and child can both emerge from gestational diabetes in good health.”
Additional Resources: