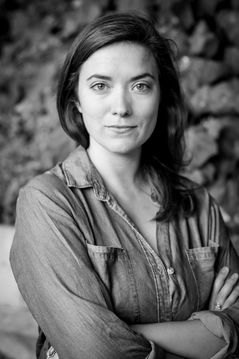 Sophia Kruz is an Emmy Award-winning documentary filmmaker and co-founder of the nonprofit Driftseed, which seeks to empower women and girls in the U.S. and around the world through the art of documentary storytelling. Her work has been broadcast nationally and screened at film festivals and museums around the world.

Sophia is a graduate of the University of Michigan’s Screen Arts & Cultures Program. From 2010 through 2013, she held the position of Video Producer & Editor at UMS (University Musical Society, University of Michigan) where she produced, directed, and edited the EMMY Award-winning hour-long documentary A Space for Music, A Seat for Everyone (2013). Formerly a producer in PBS Detroit's National Documentary Unit, Sophia produced Ride the Tiger (2016), a documentary on neuroscience and bipolar disorder, and Beyond the Lightswitch, Hour 3 (2015) for national PBS broadcast. Her latest film, Little Stones (2017), unites the personal narratives of four women around the world who use art to create positive change in their communities.

Sophia’s documentary work is supported by the following organizations: National Endowment for the Arts, Michigan Council for Arts & Cultural Affairs, Marian Chace Foundation, International Expressive Arts Therapy Association and Womanity Foundation. She was awarded the 2018 Susan B. Anthony Community Award from the University of Michigan for her service and leadership in the promotion of equal rights for women.
About Driftseed:

​Driftseed is a 501c3 organization which aims to educate high school students about the power of documentary film storytelling. The Center for Education Design, Evaluation, and Research at the University of Michigan’s School of Education teamed up with Driftseed to create an educational toolkit to teach students about global gender-based violence and the power of art to create social change. The kit contains lesson plans, workshops, and discussion guides. These lessons and workshops can be used individually in single class periods or combined for a more immersive classroom experience. The lessons are aligned with Common Core standards and are suitable for social studies, art, law, economics, gender studies courses, and more.
Myrna Beth Haskell, managing editor, spoke with Sophia about her film Little Stones, the nonprofit Driftseed and how art can be a vehicle for positive change.

What got you interested in documentary filmmaking and could you tell me about an early project you worked on?

I fell into it in college. I created a film my senior year that portrayed a personal family journey. Ultimately, I wanted to share the story of my dad coming out as a gay man and to convey that it’s okay to have a gay parent. The film wound up going to some small film festivals. After one screening, a woman came up to me and said, ‘I just came out to my sons, and your film gave me hope.’ It made me realize how much of an impact I could have on others through filmmaking.
A quote from your documentary states, “We must fight against traditions and cultures that are hurting women.” By creating this film, you’ve become part of that fight. Why do you think art is such a powerful tool when it comes, not only to personal expression, but in changing perspectives, educating and making a difference?
Have there been other works that you’ve produced that have encouraged change?

I produced a documentary for PBS titled Ride the Tiger: A Guide Through the Bipolar Brain, a one-hour documentary that tells the stories of highly accomplished individuals who have been diagnosed with bipolar disorder. So much still needs to be learned about how the illness manifests itself in our brains. The film stresses that talk therapy is a very positive way to treat bipolar disorder and that drugs, if prescribed, work better in combination with talk therapy and other approaches. Holistic care is a more cost-effective way to treat bipolar disorder. More people need to be exposed to a holistic approach.
Where do you find your joy, peace, strength and fulfillment? In a place, a person, a hobby, or quiet moment alone? What feeds your soul and fuels your fire? (#WheresYourSanctuary)

Lately, I’ve been traveling so much in order to get out there and talk about the film, so I’m exhausted. More and more, I’m finding that being at home with a good book and hot cup of tea is where I find sanctuary.