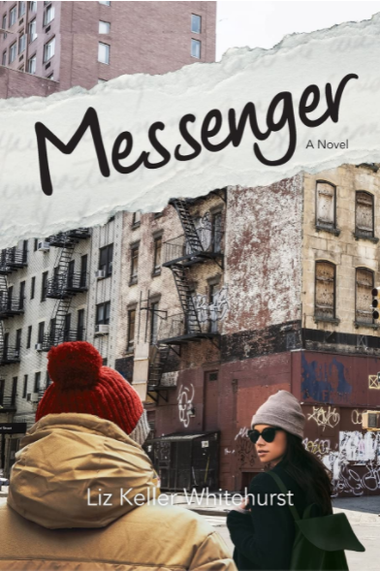 ALANA LEARNS MORE ABOUT THE MESSAGES

“How did the messages start?” Alana asked. She and Messenger had just made a loop, starting and ending at Fifth Street. It took Alana a few blocks to finally get in sync with Messenger’s ancient pace. She’d brought Messenger a whole bag of her favorite chocolates, wrapped individually in red foil.

​“Yum! These are just wonderful!” Messenger exclaimed. She popped another one in her mouth. “You want one?”

“Oh, come on, honey. It’s never too early for chocolate. It always helps!” Messenger unwrapped one for her.

“Okay.” Alana took the small square of dark chocolate and ate it quickly. “Now,” she said.

“Back to the messages? How did they start?”

Messenger nodded, her amber eyes focused on the sidewalk beyond them. “How can I describe it? Um, in the beginning was the beat. This constant beat! I was shocked when it just started inside me. Of course, it had been going on all the time, but that was the first I heard it in my head, my heart, my whole body. It was so strong, like a wave washing over me. It called to me. I had no choice but to answer. It’s been very true to me and never lets me down. Later words, then messages came. Loud and clear—straight down through my arm, out my hand and onto the page. For a long time, messages, messages, messages. Day in and day out. Liked to drive me crazy.”

“So, you just wrote them down? All day long?”

Messenger nodded. “I was shocked at first. I never was too good at writing—for starters. I did my best. Usually, they were short. In the beginning, for the longest time, I thought the messages were for me! Oh, my. Can you believe that, honey? Of course, that was before I realized what it all meant. What exactly was going on.”

“Okay.” Alana scribbled wildly. “What exactly IS going on?”

Messenger stopped, nodded at the empty benches by the school where they often sat. The lady with the Chihuahuas must have already come and gone. They sat down together and she continued.

“I can’t tell you exactly how or from where the messages come. They usually come first thing in the morning, but they can come any time. I grab my pen and look for some paper, or maybe I get lucky and have some stashed. Usually, I have to scrounge. The beat’s insistent. It grows louder and won’t let me be. My eyes start to water. I sit so very still and listen to the beat until words just pour out of me and I obey. I let my hand go with the beat. My poor chapped hands sometimes bleed in the cracks (I try not to get it on the precious paper). I don’t know what the message is going to be or what it says. I just let it all come out. I know when I’m done because the beat stops. Not entirely. Hah! I’d be dead! After the message is complete, the beat lets me go a little and falls back to the normal, calm beat in everything— in everyday life.”

Alana jotted down Messenger’s words, strained to keep up with her. What beat? she was dying to ask but didn’t dare say a word or stop Messenger’s flow. She’d never gotten on a roll like this, no matter how many questions Alana had pestered her with.

“So, out the message comes without me doing anything, really. I just let my hand move. While it’s happening, it’s like time stops.”

“That happens to me sometimes,” Alana said. “When my writing’s going well and just seems to flow.”

Messenger’s face brightened and she smiled so widely, Alana could see all of her teeth. “So, honey.” She paused, as if she was telling Alana something really important.