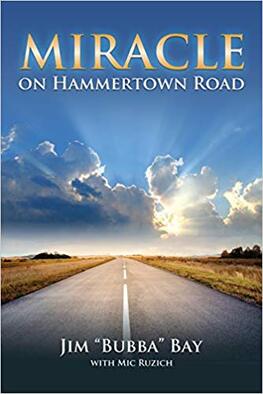 The Fall
November 15, 2009
​
I woke up, had breakfast, got washed up, then went about my day, never stopping for a moment to think that this day might be the most momentous of my life. But it would be. Forever after I would mark my life from this day forward.

I had recently separated from my wife, Yanina, who had brought our two children with her to Maine from upstate New York. Since I was feeling a little down, and with more free time than usual, I decided to get back to my favorite hobby, metal-detecting. I started metal-detecting when I was 22, and through the years I’ve had some great times and some great finds  –  buffalo nickels and Indian head pennies and colonial coppers. Odd though it seems to some, there’s no greater thrill for me than to take something out of the ground that might have slipped out of George Washington’s knickers. I also help people find things like septic systems, property markers, and lost keys and jewelry. I hadn’t been metal-detecting much over the previous year, and so I decided to devote either a Saturday or Sunday each week to my hobby, and planned on packing a lunch and being out all day. I was also itching to go because I had recently found an internet forum on which I could post messages and pictures of my finds and chat with other metal-detecting enthusiasts. That day, November 15, 2009, was a typical November day in upstate New York: sunny but brisk. It wasn’t my best day in terms of finds, but being outdoors with the sun and wind on my face, the promise of finding buried and forgotten coins or rings or Revolutionary War musket shot, was enough to keep me out until twilight. I drove home with some Christian music on the radio, unloaded my equipment, and got washed up for dinner. More or less an ordinary day.

Since I’d been a bachelor again, dinner was usually one of my tuna specials or, to be perfectly honest, not-so-specials. And sure enough, after dinner I felt a little sick. So, in the hope of feeling better, I decided to go for a walk.

I’m a familiar sight in the neighborhood in my sweatpants and sneakers listening to music on my MP3 hoofing it along the town roads. I walk to control my weight, and also to clear my head. There have been times in my life when I’d walk almost every day after work. If it’s dark, I usually drive to my parent’s house, which is in town, and walk around under the street lights. I dress appropriately: sneakers, windbreaker, sweatpants. I walk against oncoming traffic, as you’re supposed to do, or on the side-walks in town. I usually walk for about an hour. But that night I was not doing my usual walk. I’d been out all day metal-detecting, so I’d had enough exercise; all I wanted was to get some air.

At around 7 o’clock I walked out toward the road that runs in front of my house, Route 199. It was dark, but I didn’t bring a flashlight since the Pine Plains Town Hall is right across the street and they keep the lights on all night. A car was parked off the road, and a group of drunken men were stumbling around on the shoulder of Route 199. So I turned around and walked down Hammertown Road, back past my house. I walked down a small hill, then past my neighbor’s house. I started to feel a bit better, so I turned around.

After I turned I saw in the distance the glare from approaching headlights. I crossed the road and started to walk, but the lights still seemed to be approaching. I thought it safer to step onto the shoulder of the road until the car passed. I took a few steps into an ungraded swale, a bit of the shoulder washed out from a rain probably. I stumbled  –  one step and then another – and then was in free-fall head-first, over the edge of some ravine I couldn’t see. Time seemed to slow down: it felt like I was falling into a bottomless pit.

Then came the terrible crunch of the impact as I landed on my head. After that, the crack of my ribs, then my legs. When I came to my senses I was lying on my back as though I were in bed. For a moment I thought I might still be in bed, in the middle of a nightmare. I didn’t know where I was. I didn’t usually walk on Hammertown Road, and I didn’t remember ever seeing anywhere along the road where a person could fall off the edge of a wall or into some ravine. I didn’t know how long I’d been there; it could have been minutes or hours. I was as dizzy as if I’d just stepped off a merry-go-round. I became aware of a warm tickle of blood running down my face. When I reached up to feel my scalp, it felt like my finger went into a hole in my skull.

I knew I was in deep trouble if I didn’t get help. I thought to look for my cell phone, which had been in my pocket, but when I checked it was no longer there.

I was hurting all over, and could feel what I thought were jagged rocks poking into my back. I didn’t know the extent of my injuries, but I was aware enough to know I was hurt badly. I was a sports coach at the high school and trained in first-aid, and I knew that someone who had hit their head like I had shouldn’t be moved.
​
But I thought: move or die at the bottom of a ditch.