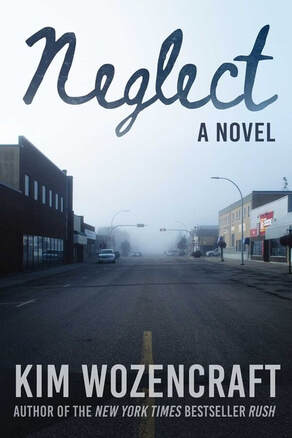 For use only by permission of the author.
Trauma & Anger, courtesy of DSS lead attorney Chrystal McClain, who just last week burst out of the courtroom, chasing after Gavin, yelling, “Wait. Wait a minute!” She grabbed Gavin’s shoulder, announcing loudly. “I’m doing this for her, it’s what she needs.” Erin sat quietly in the waiting area, taking in the scene as if she were in front of a TV, viewing an afternoon soap.

“Yeah right.” Gavin jerked his shoulder free. “Give me a break.” He stalked away, shaking his head with disgust. Erin supposed she should follow as he headed toward a conference room, but like everyone else in the waiting area, she was riveted.

“Oh my God!” Chrystal said. “Oh my God I don’t believe this!” She lunged toward the court officer. “Just, just, give me your gun right now so I can shoot myself!”

The court officer stepped back, his hand on his weapon, uncertain at first whether she was serious. Chrystal whipped her head around, lashing his face with her long curls, and disappeared back into the courtroom. It occurred to Erin that if she had behaved that way, they would have arrested her.

But Chrystal prevailed. Trauma and Anger is the fourth group the court has demanded Erin attend. The program starts tonight. A slender man in a Black Lives Matter T-shirt slouches on a wooden bench just inside the run-down strip mall entry. He nods at Erin and she says hey and continues down the long hallway. Stale, overheated air hangs in the corridor like the odor of burnt bacon.

Three women are there when Erin arrives, one at the large table in the center of the room and two others on a battered couch against the near wall. Erin positions herself at the far end of the table, closest to the room’s rear exit. As women filter in, Erin recognizes some of them from AA and the Women’s Group at Causeway Aftercare. She wonders if, like her, they are here because they have to be. Or maybe they have shifted their dependency from drugs and alcohol to meetings. Surely it’s less harmful. There’s no conversation. Phones are out, everyone is in her own comfortable—or uncomfortable—bubble of technology.

A middle-aged woman in a flowing skirt and colorful silk scarves bustles in holding an overstuffed loose-leaf notebook. Moving quickly around the table, she distributes hand-outs to the class.

“Hello everyone, are we all here for Women’s Trauma and Anger?” This gets a few nods, but nobody says anything. The instructor flutters about the table, chirping “here you are” and “there you go” as she offers the papers. There’s a diagram of the human body and a graphic with three labeled boxes: Emotions, Thoughts, Physical State. There is a page about triggers. Erin wonders if it’s ironic that the word “trigger” is a trigger for her.

Ten minutes into the class, it is clear that the instructor is winging it. She drones on. The room is too warm. Erin fights to stay awake. “Okay then,” the instructor says, “I’d like us all to share why we’re here and how we got here.”

Women take turns telling their stories. Different locations, different characters, different costumes, different words. Some of the women cry as they talk. Others are stoic. Others are pissed off. It is all the same story, really, and the story is this: every day, all over the world, women are getting the living shit kicked out of them. Women are terrified. Stalked. Raped. Murdered. Predators abound.

A woman on the couch is trying not to cry as she tells the story of how her boyfriend almost killed her. She uses her hands as she speaks, her voice barely above a whisper. Her hands swerve and dance in front of her as if she is conducting a string quartet, guiding them through Bach’s Jesu, Joy of Man’s Desiring as she says words like broken arm, six fractured ribs, and ruptured spleen.

Erin follows the woman’s hands, and then all she can see are the hands, fluttering and floating, graceful, gentle. They stop suddenly, and fold into the woman’s lap. At first it is only a trickle, and Erin isn’t sure she’s seeing it. But then the trickle grows, begins to flow, and another appears, and another. The woman’s hands are bleeding, blood drips across her pale white skin, flowing out of her wrists. Erin looks away. She is dizzy and the room is too hot; she squeezes her eyes hard, looks again. It is still there, the blood, trickling across the pale white skin, dripping from the tips of the woman’s fingers. That’s when Erin realizes that the woman killed her abuser. The woman doesn’t have to say it. Erin sees it in her eyes, on her hands.

Driving home, she tries to persuade herself that she didn’t see what she most certainly saw. It was only the medication, a side effect, a chemical illusion. She merges onto the long straightaway stretch of county road that leads toward the winding country lanes in the hills, toward home, keeping an eye out for deer that might jump suddenly into the beams of her headlights. This requires her undivided attention, but she keeps seeing the hands. The blood. She shakes her head hard, shivers in her seat, trying to jar the image from her brain. She focuses on the white painted shoulder stripes as she guides the car along the black road in the black night. To the left and right of the roadway, the cornfields are hidden in darkness.