Is Cosmetic Work for You?
The Trends, the Risks & the Benefits

An Interview with Grace Federman, M.D. 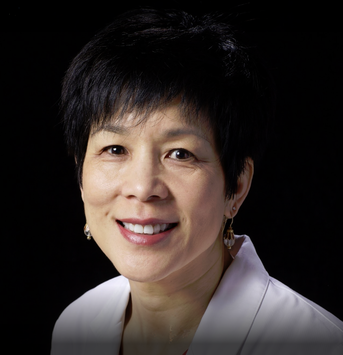 Nancy Burger, senior editor, talked to Grace about ageism, the trends in cosmetic procedures for women, and her views on its growth and prevalence as well as how she distinguishes between appropriate and questionable candidates for procedures.

How much of your practice would you say is dedicated to cosmetic procedures?

Our practice is in Danbury, CT, which is a middle-class area, and it probably has a bit of a lower percentage than areas like Manhattan or lower Fairfield County. I would estimate that about 15 percent or less of what I do is cosmetic. A lot of the women who are looking for these procedures are in our age group (mid-fifties), so the amount I do might be a bit self-selective. Some women will seek me out because I'm a middle-aged woman, but the conversation can come up with patients during skin checks as well. I think 15 percent is typical for derm practices in this area.

Of the cosmetic procedures, what's the most popular?

For me, Botox and fillers are the biggest and the ones I most enjoy doing. I'm comfortable with them, they're low-risk and high-yield from a cost perspective. I'm also spoiled because my partner Dr. Lipper is Harvard-trained in laser, so he does the tough laser cases. Laser is more for blood vessels and brown spots and resurfacing. We also have nurses who do other light-based treatments like hair removal. Our practice is nice because we have many layers of services offered. We have the spa where they do the basic facials, microdermabrasion and chemical peels, for people that want to do maintenance, and then our services graduate to the nurses who do more aggressive procedures, and then to the doctors. So, it's a good continuum of services.

Do you think women are becoming more interested in these procedures?

August 21st was my twenty-fifth anniversary in practice, and, yes, I have seen an increase. Part of it, I think, is because I'm aging myself, but it's also due to the fact that I'm very comfortable with the procedures now - I was less so in my twenties. I'm not sure to what extent it has grown from those factors or from increased public awareness - a lot of companies are now doing direct-to-consumer marketing, whereas you never used to see commercials for things like Botox. People are certainly more aware than they were 15 to 20 years ago.

I'm curious about what you think of women's emotional experiences during the aging process. Do you think they feel like they should undergo cosmetic procedures as they age? If a patient is interested in getting a cosmetic procedure, do you talk to them beforehand to get a feel for why they might be pursuing it?

If I have the time, I'd like to. I think there are many different scenarios. I would say the happiest of those is when someone is curious about it because it sounds like a fun, nice thing for them to do for themselves because they're preparing for an event, such as a reunion or a child's wedding, for example. Those situations are easy because the patient's expectations are realistic. Thankfully, those represent the majority in my practice, which is good. You'll always get the outliers - and my radar for those is pretty good – the patients who are looking at a procedure for the wrong reasons, such as thinking it's going to change their life. It's the minority, but there are those who have just divorced or are in the job market and might have unrealistic expectations as to what these procedures can do.

Would you turn someone away if you thought they were pursuing a treatment for the wrong reasons?

I've turned people away many times. I'll get the eighty year-old women who ask, "What can I do for my wrinkles?" They wouldn't be candidates for fillers or Botox in any case, and plastic surgery wouldn't be appropriate for a person of that age. I have responses ready for those situations. I might say, "Oh, you're better off using that money for a good vacation," or "You're beautiful just as you are." That's my way of telling them, without being dismissive, that such procedures might not be appropriate for them. On the flip side, there's now a feeling among some millennials - because they're reading it in magazines - that they have to start these treatments early as a way to prevent wrinkles. I'm torn about that because there's a school of thought that it might help. But I don't have any of those patients at the moment.

But there's nothing that can stop the aging process, correct?

Botox helps reduce expressive wrinkles, so you can have a twenty-something that has frown lines or forehead lines from expressive muscles, and there's an argument that if you start the procedures early you can prevent those lines from getting etched in. Technically, it isn't aging, it's from expressive muscles. I think everyone should start early with creams and sunscreens, but I also think you can become a cosmetic junkie. If you have the disposable income, then that's fine. But if it becomes a choice between tuition and procedures, then it's not the best choice.

How long does a Botox treatment last?

About four months. The fillers can last for up to a year. Both require maintenance, and I try to be honest with patients that they'll have to keep doing it to maintain the results.

Do you think our society suffers from ageism?

I do think there's an expectation that women keep themselves in a certain way more so than men, and that expectation commands more work than for the average male.

What percentage of your cosmetic treatments are for men?

Probably less than five percent. That may not be true for the male doctors, but in general these procedures mainly attract women.
What are some of the major risks associated with Botox?

The major risk with Botox is getting a poorly done treatment. Of course, it's done with a needle, so you can get bruising and pin-prick marks, but if it's not done well, you can end up looking odd. We've all seen what that looks like. You can get droopy eyelids, you can look quizzical. So, if it's not administered the right way and by an experienced person, you can look off-kilter. But Botox wears off in four months, so the results are not permanent.

The same with fillers, correct? We've all seen celebrities that look over-filled, for lack of a better term.

Fillers have higher risks associated with them. If a filler is put in the wrong place, you can choke off the blood supply. If you get it into an artery, for example, it can cause necrosis of the skin. It's rare, but you have to be very careful about that. The really scary risk is blindness - if filler goes into the ocular artery, it can cause blindness. Our practice doesn't perform any filler treatments around the eyes. The procedure is FDA-approved for around the mouth and the cheeks, and we stick to those areas.

Suppose you get a bad filler treatment? How long does it take to wear off?

Well, the good news is that fillers are reversible. There's an enzyme called hyaluronidase that will dissolve it. Thank goodness, I've never had to use it. I subscribe to a "less is more" philosophy on fillers because I want my patients to look as natural as possible. I'd rather you say "I don't look different" than feel like you look strange. My work is walking around town [laughs], so I want my patients to be satisfied and look good! You can always put more in, but you don't want to overdo it.

What do you feel is the best approach for women to take when it comes to cosmetic procedures?

The best scenario is not needing it at all and being happy in your own skin. The second-best scenario would be to consider it a fun thing to do for yourself while understanding that it's temporary.

With regard to general skin health, are you seeing that women are more knowledgeable and judicious about preventing skin cancer?

Yes, I think people are much more aware of skin cancer risks and the statistics are reflecting that. Over the past eight to ten years, there was a surge in melanoma in young women which was believed to be linked to the increase in the use of tanning booths. Some of the medical societies and dermatology societies in various states began fighting the tanning industry and what they saw as the misinformation they were providing to young women - that you can get vitamin D by tanning and it isn't harmful, etc. Little by little, the states began to regulate the industry in an effort to prevent underage tanning. This year was the first year that the peak incidents of melanoma in women went down - a great example of the benefits of increased public awareness and education. Heightened awareness also leads to earlier detection, which will help the statistics improve.

Physical exercise, both indoors and outdoors. Don't laugh…but I love my Zumba class. I love to sweat it out two or three times a week, so much so that I drive 22 minutes each way for a one-hour class. I love walking and biking, too. That's sacrosanct to me.