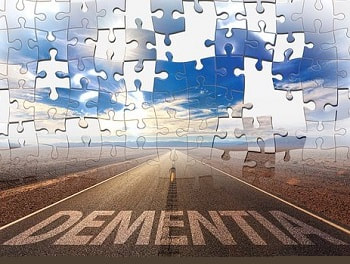 By Carol Lippert Gray
Did you know that…

Someone in the world develops dementia every three seconds. There were an estimated 46.8 million people worldwide living with dementia in 2015, and this number will almost double every 20 years - reaching 75 million in 2030 and 131.5 million in 2050. Much of the increase will be in developing countries.  (Research & Statistics: Alzheimer’s Disease International – World Alzheimer Report, 2015)
Most of us try to maintain peak physical health. But did you realize the things we do - or don’t do - to stay physically healthy and fit also have a profound impact on our cognitive health?

Cognitive health, according to Rebecca Edelmayer, Ph.D., director of scientific engagement for the Alzheimer’s Association, is a “catchall term” that encompasses the biological changes that underlie clinical changes in the brain. “These changes,” she says, “impact not only biology but brain output.”

The Alzheimer’s Association advocates “10 Ways to Love Your Brain.” The following lifestyle habits help to ensure optimal health, both mental health and physical health. These simple activities and habits will help you maintain cognitive health as well as overall wellness:

Establish an exercise regimen. Regular cardiovascular exercise elevates your heart rate, thus increasing blood flow to the brain. However, Edelmayer cautions, “Do it on a routine and regular basis, not for a week and then give up.” She says the World Health Organization recommends 150 minutes a week of fairly high-intensity exercise.

Formal education has value at any stage of life; although, Edelmayer offers a caveat: “It’s not necessarily about the simple. If you speak five languages, learn a sixth, [for example].” What’s important, she says, is "the process of learning, not necessarily what you remember. There is value in formal education at any time in life."

Quitting smoking can reduce the risk of cognitive decline to a level comparable to that of people who haven’t smoked.

The risk factors for cardiovascular disease and stroke - obesity, high blood pressure and diabetes - also have a negative effect on cognitive health. New research says to keep your systolic blood pressure under 120. The Sprint Mind Study, presented in June at the Alzheimer’s Association International Conference in Chicago, found that, "In adults with increased risk for cardiovascular disease but without diabetes, treating to a systolic blood pressure (BP) target less than 120 mmHg, as compared to a target of less than 140 mmHg, may reduce the risk of mild cognitive impairment (MCI) and the combined risk of MCI and dementia.”

Although more research needs to be done, Edelmayer adds, “If we can look at controlling cardiovascular risk factors, that can be impactful.”

Protect your brain from the outside as well as from the inside. Use your seat belt, wear a helmet during contact sports or when riding a bike and try as much as possible to prevent falls.

Give Your Body the Right Fuel

“Consuming nutrients through whole foods is the way to go,” Edelmayer advises. “There is evidence that Mediterranean and Mediterranean-DASH diets [dietary approaches that help to lower blood pressure]* decrease the risk of cognitive decline.”

"Not getting enough sleep due to conditions like insomnia or sleep apnea may result in problems with memory and thinking,” according to the Alzheimer’s Association. Additionally, stress isn’t a friend to either your body or your mind, and there’s some evidence it’s also a risk factor in cognitive decline. “If you have less stress, you’re probably getting better sleep,” Edelmayer says. Better sleep means your brain can make and store memories and clear toxins.

Take Care of Your Mental Health

Some studies link a history of depression with an increased risk of cognitive decline, so seek professional help if you have feelings of depression, anxiety or other mental health symptoms.

*Find a therapist near you by clicking HERE.

Remaining engaged in your family and community are crucial. “Pursue things that are important to you and make sure they’re not a one-off moment,” Edelmayer suggests. Whether that means returning to school, taking exercise classes, traveling in a group or doing volunteer work, Edelmayer strongly encourages, “Do as many things as possible and stay as active and engaged as possible.”

We’ve all heard that idle hands are the devil’s playground, but can keeping your hands occupied make your brain sharper? Challenge, rather than habit, is what will “reinforce those synaptic contacts,” Edelmayer points out. So if you’re a pianist, for instance, learn new pieces instead of playing the old standards again and again, or take up Sudoku if you’re accustomed to working crossword puzzles.

The bottom line: There’s no magic bullet, but simple self-care techniques go a long way toward keeping you fit -  both body and mind.

*The DASH diet is especially recommended for people with hypertension (high blood pressure) or prehypertension. The DASH diet eating plan has been proven to lower blood pressure in studies sponsored by the National Institutes of Health. In addition to being a low salt (or low sodium) plan, the DASH diet provides additional benefits to reduce blood pressure. It is based on an eating plan rich in fruits and vegetables, low-fat or non-fat dairy, and whole grains. It is a high fiber, low to moderate fat diet, rich in potassium, calcium, and magnesium.
Additional Resources:
Carol Lippert Gray is an award-winning public relations professional and longtime freelance writer and editor. She has been published in fields as diverse as crafts and corporate finance, parenting and philanthropy. She is also a regular contributor for Sanctuary.