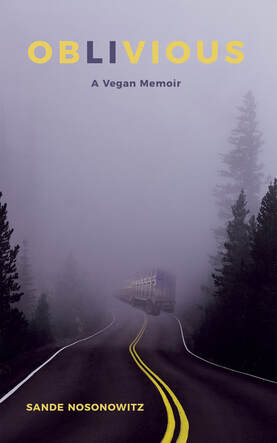 Sometimes when you're in a dark place it feels like you've been buried — when you've really been planted. ~ CHRISTINE CAINE

I had my nervous breakdown in a Chinese restaurant. It was right in front of my new husband's family and patrons and waitstaff and anyone passing by walking their dog along the Hudson River trail next to the China Rose in Rhinecliff, New York. There's a Metro North railroad track right on the riverfront, and I suppose someone on their way up from New York City, head angled in just the right position, could have caught a glimpse of the meltdown that was about to change everything.

My nervous breakdown took on a life of its own. I could feel it traverse its course from my echoing gut, up through my thundering heart, hover over my throat for a good two minutes before making a beeline to my brain, waiting for it like a catcher, opening his mitt, anticipating a fastball.

My breathing was labored and tears had begun to stream down my face without sobs or sound. I looked over at Stevan’s cousin, Susan. She knew that something was about to happen, being a trained psychologist and all. But did I know that every sorrow, every grief, every empty yesterday would erupt through those chakras they talk about in yoga, intensifying as it ascended for release? A volcano of emotions held, something to do with time, so much lost time.

I felt myself cracking open. I could hear my own thoughts: “Not one more day! I am not going to spend one more day unfulfilled, not even one more day.” My heart pounded. My head felt as if it was in a vice. There was a tender voice in me that grew into a raging bellow, screaming: “This is not enough! There has to be a deeper way to live. I should be doing something more meaningful, something bigger than me, bigger than this.” Then, what was borne of silent tears became a broadcast of hyperventilation and cries of unlocked anguish.

There was a dog I used to hear in the distance when I’d take walks near my home. I tried desperately to follow that sound to his (or her) rightful house and save that poor dog from a life of confinement. How could one creature compose such a wild cry for help in the suburbs of Poughkeepsie? Who was allowing that sound to permeate a whole neighborhood? I now had something in common with this imprisoned canine and we were singing in two-part harmony tonight.

Susan, ever empathetic, immediately began to show her calm concern. Kevin, her significant other, was on standby – concerned, but letting Susan take the lead. Stevan was obviously upset and uncomfortable, but dug in to try to comfort me or, more accurately, to fix things. Husbands tend to want to fix things. Luckily, my aging mother-in-law and father-in-law were at the far end of the table and were not aware that their only daughter-in-law was in the midst of a major meltdown.

The agony of being an unfulfilled seeker had reached its peak. I was at a breaking point. As I sat around the table at the China Rose, drinking my mojito, looking around at everyone immersed in their own thoughts, their own dinners, I tried to tune into my breathing, but could only hear the frantic beating of my heart. I looked around the table at these people who already loved me, their hearts beating at their own pace and pattern, while mine was desperate to be heard.

The most telling experience of the evening came when I realized that most of the family and all the servers and other patrons, were oblivious to the whole thing. I felt myself literally and audibly unraveling in front of everyone, and yet all around me laughter and chatter and appetizers were the way of things. Either completely unaware or perhaps unable to process feelings as uncomfortable as these, most of the people around me seemed not to notice anything unusual.

“Guys: I'm practically convulsing. Does this not warrant a brief pause?” I didn’t say that, but how could they not know? Whatever their reasons, I suddenly felt confused about the ability that some of us, maybe all of us, have to ignore another's suffering. This was the first time I’d thought about how the mind deals with the misery of another, and how differently we process it. How are we able to be oblivious to suffering, when we know it's happening right in front of us? My nervous breakdown suddenly shifted to an inversion of perspective, after which nothing would ever be the same.

My heart rate decelerated. My breathing slowly returned to normal. I wiped my tears away with the white linen napkin, took a big sip of my mojito and, in silence, ate my cashew chicken.