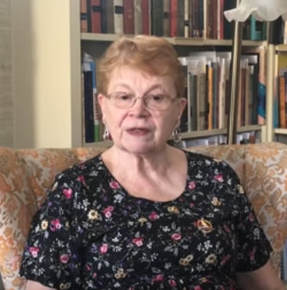 The NLAPW is a not-for-profit organization that was founded in 1897. The first meeting was organized by Marian Longfellow O’Donoghue, a journalist in Washington D.C. and Boston. She invited fellow journalists Margaret Sullivan Burke and Anna Sanborn Hamilton to join her in establishing a “progressive press union” for the female writers of Washington. These three brought together seventeen women: writers, novelists, newspaper women, a teacher, a poet and an artist. They hoped that the group would help these “active pen women” find “mutual aid, advice, and future development” (quotes from The League Minutes, 26 June 1897) for each other and in their careers. Professional credentials were required for membership and the ladies determined that Pen Women should always be paid for their work. Artists and composers were then welcomed by their literary sisters. By September of 1898, the league boasted over fifty members across the U.S. The association became the National League of American Pen Women in 1921.

Today, the NLAPW consists of professional writers, journalists, painters, sculptors, dancers, musicians, choreographers, art teachers, theater directors and many others from all creative fields. The organization consists of more than 1,400 members across the United States, both at-large and in more than 70 branches. The mission of the league is to encourage, recognize, and promote the production of creative work of professional standard in the arts, letters, and music, and, through outreach activities, provide educational, creative and professional support to members and non-members in these disciplines. Many well-known women who have been members or are current members of the NLAPW include Pearl S. Buck, Eleanor Roosevelt, Maya Angelou, Mary McCleod Bethune, Rosalyn Carter and Hillary Clinton, to name a few.
Myrna Beth Haskell, managing editor, spoke with Virginia about the organization’s outreach programs, her role as president, and the future plans of the organization.
Tell me what your organization does to promote and support women in the arts.

The NLAPW is focused on mentoring women. Artists experience rejection and frustration at times throughout their careers. It’s important to understand that members are here to support one another and to offer advice and guidance.

We have lots of programs and scholarships to recognize and support talented women. Our biennial arts competitions award members in the different disciplines (arts, letters, music and multimedia). We award scholarships as well. The Helen Trueheart Cox Art Scholarship is awarded to Native American women who are extremely talented in the arts but lack the financial resources to further their education. Candidates must be ages 18 through 25 and members of a Native American tribe.

Outreach is another important element. Right now we have an initiative called E.A.R.S. – Engaging All Readers for Success. Members go to local elementary schools and listen to children read. The beauty of this program is that individual members can do it on their own. They just need to get permission from the administration at their local school. A member-at-large (MAL) can do this, too, because she won’t need the support of a branch. We’ve had tremendous cooperation from first and second grade teachers. It’s a great way to promote the arts and it brings out the best in all involved. Outreach in local communities is what brings value to membership. People like to make a difference in their very own neighborhoods.
How long have you been a member, and what is your personal passion?

I’ve been a member for twenty years in music and letters. I am extremely passionate about the scholarships we are able to offer women. We’re not just about those who are already successful, but about giving talented women a chance to pursue more education or to reach their goals. I am proud that we offer scholarships to young Native American women. Celebrating diversity is so important. The time my mother spent living on a reservation was a very impressionable period of her life, and her stories made a lasting impact on me.

What does your current role as national president entail?

It’s like being a CEO. It can be an overwhelming job because I oversee more than 70 branches, 1,400 plus members, and 120 members-at-large. I’m there to offer support to the local branches, too. We are a 501(c), and I manage pretty much everything, including finances. We don’t have money for travel, but I’ve visited 19 branches on my own because it’s so important to see what the local branches are doing in person. We don’t want the branches to feel left out or completely on their own.
It’s a long process. Potential members’ work has to be sent to the various credentials chairs (in arts, music, letters) and then their application is sent to the national office. We’re all volunteers, so the process takes time. The good news is that we now have a student membership and a member-at-large (MAL) membership, so that women who live in areas that don’t have branches or cannot participate in branch activities can still become members. We also have an international affiliate membership for women who meet the qualifications for active or associate membership but are not citizens of the United States.