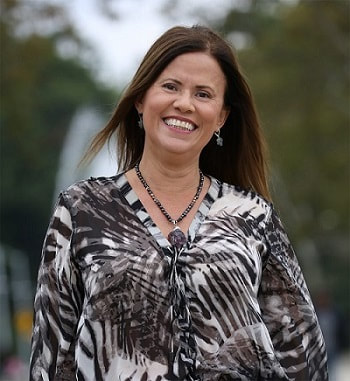 Photo Credit: Richard Simpson
Nancy Burger, senior editor, spoke with Isa about the importance of pelvic health for women, how her practice has evolved, and what she sees as the biggest contributors to pelvic pain.

It seems that there is a wide array of issues and problems women can experience pertaining to pelvic health, but they might not even know that they can address them. Do you agree?

I totally agree with that. You'd be amazed at how many of my new students/clients have been on what I call the ‘doctor road show.’ They didn't even know what they had and trusted what the doctors were telling them. Pelvic health really hasn't been in the mainstream, and women are being told that some of the issues they're dealing with are a result of the aging process, or childbearing, or even menopause. So, I think a lot of women accept these issues as being ‘normal’ because they're common. But common isn't the same as normal. The stats are alarming - over 30 million women deal with pelvic health-related issues. One out of three women experiences pain during sex, 49% have prolapse, at least 50% of women experience some kind of leaking, and 24% of new mothers still experience pain during sex as long as a year after childbirth. It's crazy.

Did you always want to be a healer?

Yes, I knew from the age of three that I was going to be a doctor. I recently found out that my father was a healer, so maybe it's in my DNA. I went to medical school for a year but became very disenchanted with it and left. It was the best decision I ever made.

Have you suffered from pelvic health issues personally?

My gosh, yes. I had catastrophic pain after giving birth to my daughter [who is now in her teens]. Although I had a beautiful labor and delivery, I could barely walk out of the hospital. My doctor told me everything looked good, so I accepted it. One month later, I still couldn't sit and was in awful pain. Again, my doctor told me not to worry, that things would get better. It went on and on, and I ended up experiencing my own doctor road show in an effort to determine why I wasn't getting better - I had nerve pain, incontinence, and prolapse. I began my mission to figure out what was going on because I knew I couldn't be the only one dealing with this. What I found out after talking to other women was that many were having the same issues but were suffering in silence.

And that sent you on this journey to help women?

Yes, I used my suffering as a beginning because I think from our biggest challenges comes our biggest transformations. I decided that if the healthcare system couldn't help me - and it couldn't- I was going to figure out how to help myself. I read everything I could, shadowed doctors, and that changed my life's mission from being a regular physical therapist to being completely female-focused. I took my life savings, liquidated everything and opened up a practice. Many people told me I was going to fail, but I didn't let that stop me.

What do you think is the biggest challenge facing women today in achieving pelvic health?

I would say one of the biggest challenges is the lack of education women experience regarding their own pelvic health. We aren't taught about our vaginas or how to examine them. I think the biggest problem is that women tend to accept what they're told by their doctors because they don't know any better. We don't understand that we can heal ourselves. It seems that women have become disconnected from their bodies. I also think a lot of women don't communicate well with their doctors. We lose our power early on, and we start to think that the person with the white coat holds the code to our healing. We forget that we hold it ourselves, that it's been like that for thousands of years. We need to change that thinking, but change is hard.

Do you think you're making a difference?

Yes, I do. I had 13,000 women sign up for a recent free webinar. Of those, only about half showed up - but 13,000 women clicked on the link because something about it peaked their interest. That means there is awareness, and that's the first step to healing. I have helped over 14,000 in my practice in New York City since 2005.

I really enjoyed sharing my thoughts on your course at your recent webinar event. I was deeply touched by the comments from a husband of one of your patients - that was amazing. It must have been rewarding to hear that from him.

I've never had that happen before. Many husbands come to my practice at their wits' end because they don't know what to do for their wives that are suffering. We sometimes forget how our suffering also affects our loved ones. I can't tell you how many marriages break up because of these pelvic health problems - how many women feel so broken that they can't be in a sexual relationship with their partners. It's awful.

Where do you find your sanctuary? It could be a hobby, a person, a place, or even a dream…we ask this in all our interviews.

I'm a workaholic, but once a year, I go to Peru and hike the Andes Mountains. I find my sanctuary in nature. Any time I can connect to the earth and the water - and I don't have my cell phone with me - that's when I'm the happiest.