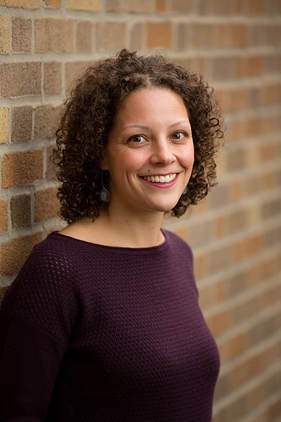 Mary Clementi is the executive director and music director of Highbridge Voices, a nonprofit dedicated to helping at-risk youth through an eclectic music curriculum and an academic component focused on remediation, skill development and sustained achievement. As music director, Mary conducts the Chamber Choir which she has led in several high-profile performances, including a concert for the Justices of the United States Supreme Court and performances of the National Anthem at Yankee Stadium and Madison Square Garden.

She has served as a guest clinician and adjudicator in schools in Virginia, Maryland, and Wisconsin. She is also the Metropolitan Region Representative of the New York chapter of the American Choral Directors Association. She was a 2013 Fellow to the International Conductors Exchange Program in Hangzhou, China.

Before moving to New York, Mary conducted middle school and high school choirs in Fairfax County, Virginia. She received her master’s degree in music education from Florida State University in Tallahassee and her bachelor’s degree in music from St. Olaf College in Northfield, Minnesota.

This nonprofit, extended-day music and academic program was designed to inspire excellence in the lives of children. Founded in 1998, the organization serves the Highbridge neighborhood of the South Bronx, historically part of one of the most impoverished congressional districts in the United States. Using a rigorous choral experience as a springboard, Highbridge Voices fosters a sense of pride and accomplishment in the youth of the community through high-quality musical experiences, academic support and enrichment, and a foundation of values geared to prepare each child for success in grade school, college and life.
Myrna Beth Haskell, managing editor, spoke with Mary about how Highbridge Voices has impacted the community, the future plans for the organization and why the arts serve as a powerful motivational tool for students.

Prior to Highbridge Voices becoming an independent nonprofit organization in 2001, it was a product of the Highbridge Community Development Corporation (HCDC) which aimed to redevelop the Highbridge neighborhood in the South Bronx through affordable housing and support for at-risk families. Could you tell me a bit about how this program morphed into what it is today?

I’ve been here since 2010, but I can tell you what I know of the history. Highbridge has been able to grow in its capacity and has been able to provide a broader spectrum of services to our students. We’ve also stayed very true to our original mission - to inspire excellence and to show these kids what it feels like to achieve high-caliber experiences. We encourage our students to transfer those experiences to every part of their lives. In other words, we encourage them to apply these principles of excellence to grades, finishing high school and other goals. We are still really rooted in that mission.

Before starting your position at Highbridge Voices, you conducted middle school and high school choirs in Fairfax, VA. Could you tell me about some of the differences between your past teaching experiences and working with a nonprofit in a community whose families don’t have an excess of resources and support to draw from?

The Fairfax community is an affluent, suburban community, so that is much different. But I taught in a more mixed-income area of that county. At Highbridge, we’ve created a community-oriented environment. One of the things I see as an advantage is that we get to see these kids every day. They become brothers and sisters – the staff becomes an extension of their family. The parents must be actively engaged in the process. We are asking families to make an eight-year commitment when their children enter the program in late elementary school. This is quite different from seeing students a couple of times a week and maybe for only a year or two.
Since there is a limited number of spots in the choral groups, has the organization found a way to help students who aren’t able to participate in those?

We don’t have the resources at this time to provide a spot for all students. Currently, we have 90 students total – 30 in each choral ensemble. We recently added a 3rd ensemble (an intermediate ensemble). The retention has been very high.

We have responded to community needs by establishing a new summer program [called Summer Voices*] for the younger kids. This is an opportunity for rising fourth and fifth grade students to try our program out – get a feel for what it is like to be a part of Highbridge Voices.

*This is a day-camp experience which includes choir rehearsals, lunch, recreation and academics. To be eligible for Summer Voices, students must have completed third or fourth grade and live in the Highbridge neighborhood.
Do students go on to perform at the college level?

Yes, but this is not our ultimate goal. We want to instill a love of music and an inspiration for the arts. We hope that, down the road, they will make sure their children get to experience music and that many of them will be involved in their communities to help foster the arts.

The arts can be a very powerful and motivational tool for students. What has Highbridge Voices done for this community?

There is an extreme sense of pride in their community. The South Bronx gets a bad rap – as a really tough place to grow up. It’s a neighborhood that has been systematically neglected and maligned. Involvement in our program gives these kids a way to feel really proud about where they’re from – and they proudly represent.
Where do you find sanctuary? (#WheresYourSanctuary)

I grew up in the Midwest. So, going to the north woods to walk with my dog and my husband is a sanctuary for me…when it’s warm, of course.