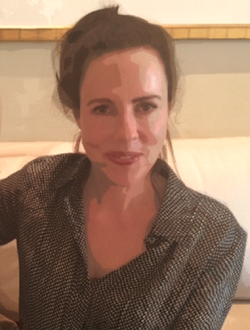 Search for "Pearson" for find her articles:
PEARSON is a writer who divides her time between New York City and Redding, CT. Her first novel, On the Way to the Venus de Milo, was published by Simon & Schuster. She has just finished a second novel (with tentative title The Maid’s Room) which deals with the fantasies and cultural pressures and fears that confine and limit women (and in which women can confine themselves). Her personal essays and interviews have appeared in a variety of publications, including New York magazine, Vogue, and Allure.

In 2013, she started a 501c3 dedicated to rescuing dogs from high kill shelters in multiple states. She named her organization Morgan’s Place in honor of her friend Amy Hempel’s rescued pit bull, Morgan. Amy’s work in dog rescue led Pearson to adopt her first pitbull, Cleo, and inspired her own involvement in this cause.

​#WheresYourSanctuary: For me, sanctuary is what I call “a sacred day.” A day I spend alone in my house in Connecticut, a day when I have no appointments - not so much as a facial scheduled - no errands to run, no pressing obligations, just a thrilling veldt of solitude stretching out before me...a day to spend reading and writing and walking and doing yoga and hanging with my rescued Pitbull, Cleo.