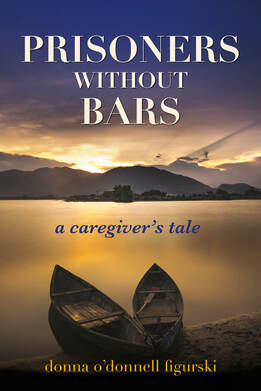 After I settled into the apartment, I began to panic. Although it had only been two hours since I last saw David, it seemed eons ago. With an urgency I could not quell, I threw on my coat. Everyone else put on theirs too, and we hurried the few blocks to the hospital.

I pushed through the revolving door at the Milstein Building of Columbia-Presbyterian Hospital and got directions from a guard named Paris. With passes in hand, we squeezed into an elevator. I pressed the button for the fourth floor. This world - so alien to me then - would become my second home over the next few weeks.

When I stepped off the elevator, I searched for the NICU. The double doors were foreboding, and I pushed them open with trepidation. I walked to the nurse’s station, almost on tiptoe, not wanting to disturb the patients. I glanced into each room hoping to catch a glimpse of David. A nurse looked up from her station, smiled, and directed me to a cubicle. Without my asking, she knew. I was the new kid on the block because David was.

David’s curtain was drawn, and the nurse said that he was still being assessed. I carefully pushed the curtain aside. David was attached to a multitude of machines—unlike at Sierta. After only minutes, the nurse walked me to the waiting room. She promised to alert me when David could have visitors.

The waiting room was huge. There were couches in clusters—some small, some large, each with a table in the middle. The groupings reminded me of The Clan of the Cave Bear by Jean Auel that I read many years ago. Auel wrote about prehistoric man, the Clan people. She told how each family gathered around its hearth at night. The hearth was a private place. It was considered impolite to peer into someone else’s hearth. That’s the way it felt in the waiting room too. Family and friends gathered in a couch section, their hearth, with little awareness of the others. Each group was engrossed in its own troubles. It did seem rude to steal glances into someone else’s hearth, to invade another group’s pain and misery. The waiting room had an abundance of tears and anguish. I’m sure it also saw happiness and joy, and that thought was refreshing. At least there was hope for some of us.

I waited while the doctors poked and probed and tested and did whatever they do when a new patient becomes theirs. Periodically, when my patience wore thin and I wondered if the nurses, with all their duties, had forgotten me, I’d peek through the double doors. David’s curtain remained drawn.

The waiting room emptied as the night wore on. Weary visitors went home, expecting to return the next day to continue their vigils. I needed to escape too and curled up on a couch away from my family. They sat in a couch cluster consoling each other, but I needed space - to be quiet, to think. I turned inward, wrapping myself in a cocoon, hoping to blot out this surreal scene. Tears again slipped down my face. As I wept, I silently begged to know why this was happening. David didn’t deserve this. We didn’t. I remained in a fetal position until the nurse came to take me to David.

Time to brush away the tears and put a smile on my face. Time to pretend that everything would be all right. I took a deep breath, pushed through the double doors, and walked down the hallway. Kiersten and Jared followed. David’s brothers and father waited in the waiting room. They respected our privacy and they would join us soon.

All of the patient rooms were on the left, and David’s was halfway down the corridor. The nurses’ station was directly across from David’s cubicle, and that comforted me. I stood at the entrance of David’s space. That’s all it was - space only for a bed, a chair, and many machines. I stared and drew in a breath.

Machines buzzed. The respirator, also called the breathing machine, hissed - a welcome sound. Its rhythmic hiss was testimony that David was alive. But it also meant that he was unable to breathe on his own - an unwelcome thought. The tube from the breathing machine securely placed in David’s mouth forced oxygen into his lungs and removed carbon dioxide. Ideally the machine is used only a short time - until the patient is able to breathe on his or her own. That the respirator was keeping David alive was a scary reality. I wondered, what if his brain did not remember how to breathe . . . what then? What if he did not get enough oxygen? Is that what Dr. Hulda meant when he suggested David might become a vegetable?