DOMESTIC VIOLENCE:
When Someone You Care About is in Harm's Way 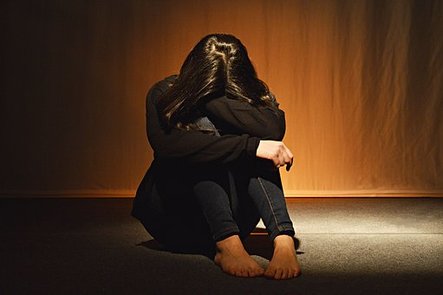 By Carol Lippert Gray
The statistics surrounding domestic abuse are shocking. According to the National Domestic Violence Hotline, in the United States alone, over 12 million people a year - that’s 24 per minute - are victims of rape, physical violence or stalking by an intimate partner. From 1994 to 2010, about four out of five victims were female, and most were previously victimized by the same offender. Statistics also show that 96 percent of domestic abuse victims who are employed experience problems at work because of abuse.

Given the numbers, it’s likely that someone you care about - a friend, relative, colleague, or neighbor - will become a victim of domestic violence.

What should you do if you suspect a friend or loved one is being abused? If you see something, should you say something? The answer: It’s complicated. Every situation is different.

It's important to realize that confronting a suspected abuser is never a good idea because it puts both you and the victim in harm’s way. But should you reach out to the person you suspect is being harmed?

“Yes,” says Jamie Bernard, executive director of DASI (Domestic Abuse and Sexual Assault Intervention Services) in Newton, NJ. “However, it’s with the understanding that the intervention could be dangerous for you and the victim,” she adds. So tread gingerly.

Bernard suggests you learn more about domestic violence before you even broach the subject (see sidebar for resources). Additionally, even though the victim has to remove herself* from the situation, leaving at that moment might not be the safest option. Bernard says victims are often murdered while trying to leave.

What you can do is voice your concern gently and in private, by saying “I’ve seen this” or “I’ve noticed that.” Ask if the victim would like to talk to you about it. However, be prudent about how you make contact. It’s not necessarily safe to text or email information, since many abusers control their victim’s contacts and flow of communication.

After broaching the subject, you may not hear from the victim for a long time. She might not be ready to accept what you’re offering, or the abuser might cut off contact. Be patient, be there, and check in periodically, tactfully and privately.

As a friend, you can listen and believe what you’re hearing. “A lot of people don’t because the stories sound so crazy,” Bernard says. Remember that leaving is a process, not an event. The victim can go back and forth many times. Some victims want to give their relationship as many chances to succeed as they can. So be patient, and move forward on her timetable, not yours.


If She Decides to Leave

Since the victim is the expert on her relationship and knows what her partner is capable of, only she can gauge when it might be safe to leave and when she’s psychologically and/or financially ready to do so. In addition to being terrified of the potential consequences of leaving, many women stay for cultural or religious reasons.

If she does decide to leave the relationship, she’ll need a safety plan first. This includes, but isn’t limited to, having a place to go, finding local resources and discussing timing. You also have to brainstorm what might happen if there’s an incident. The victim will have to gather keys, money, important papers, and other crucial items in a safe place. She’ll have to consider timing if children are involved. Someone should be available to call the police if it comes to that. You have to weigh the likelihood that she or other family members will be harmed. Another thing to consider: Does she have an external support system left? Abusers notoriously undermine those.

“In a time of crisis, a victim needs to depend on someone,” Bernard says.

As a friend, you can be that person. Be patient and nonjudgmental. Help the victim identify her strengths because this will build her confidence. Help her to find a physically safe place to go. No matter how badly you may want to, don’t speak negatively about her partner - only she’s allowed to do that. Respect her choices. She’ll take action when she’s ready. Don’t address her partner in any way. And don’t automatically expect gratitude. The victim may be ashamed of her situation, or she may feel that help was forced on her.

*Use of female pronoun throughout is because disproportionate numbers of women are victims.
Resources:

State Government websites: Search for local agencies that can help in your area.
Carol Lippert Gray is an award-winning public relations professional and longtime freelance writer and editor. She has been published in fields as diverse as crafts and corporate finance, parenting and philanthropy. She is also a regular contributor for Sanctuary.