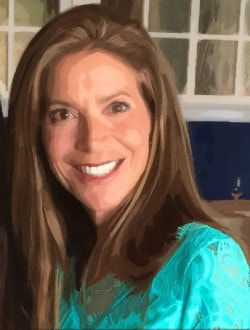 Family Relationships & Crisis Counseling
SHERRY is a Licensed Clinical Psychologist and Clinical Neuropsychologist with more than 30 years of experience in the field of child development. She is the co-chair of the Connecticut Psychological Association’s Child & Family Committee, chairman of the Parenting & Education Group of The Mental Wellness Society, an international nonprofit, and a featured lecturer for Meaningful Paths in the United Kingdom.

Sherry is known for her work with children challenged by learning differences, autism, neurodiversity, anxiety, chronic illness, and developmental delays. Her research focused on hopefulness and resilience.

Her work has been featured in The New York Times, The Washington Post, forbes.com, parents.com, and in past segments on Good Morning America. Sherry and her daughter, Kaitlyn Kelly, founded PositiviTeens® Workshops & Webinars to educate students, parents and teachers about the impact of social media and digital technology on today’s youth. She was a clinician in private practice, a lecturer, and a columnist. Sherry was also founding board member of Autism After 21, a nonprofit program of support, education, and skills training for young adults with special needs. Her office is located in West Hartford, CT.​

Sherry has been a guest on Sanctuary's Coffee & Conversation show and appeared on a two-part Hot Topic conversation titled "All About Alzheimer's" (Part I and Part II).​ Sanctuary is thrilled to have Sherry as a go-to expert.

Statement: I appreciate the authentic curiosity about today’s concerns and change-making opportunities that are covered by Sanctuary. I also appreciate the diversity of knowledge and backgrounds of the people featured.
Sherry's LinkedIN Page
Mind and Heart Coaching
Positiviteens
Team Talk Interview