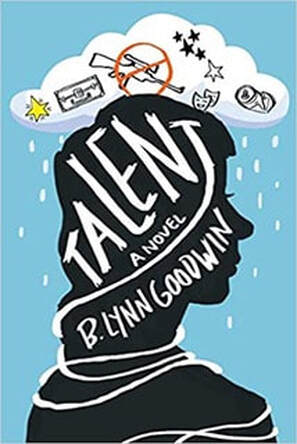 THIS IS THE DAY that could change my life.

I’ve been living in the shadow of my big brother, Brian Mason, all of my life, but in five more minutes, I’m going to audition for San Ramos High’s spring production of Oklahoma! I’m reading for Ado Annie, who sings and dances and flirts, but if I don’t get it, maybe I can play Gertie or Ellen or somebody else with lines.

Across the room, the ugly Senior Sofa is crammed with drama’s elite in skinny jeans and faux fur jackets. They’re hoping for leads too, and they’re seniors. Where does that leave a sophomore like me? I slide my hand into my backpack and pull out two red M&Ms. The chocolate melts on my tongue and soothes my stomach.

Jenn McCall, the best singer in the sophomore class, slips in next to me, drops her backpack on the floor, and says, “How’s your diet, Sandee?”

The scrawny twit speaks. Truthfully, she has an angelic voice inside her sexy body, but sometimes she acts like a diva. I’m about to tell her my diet’s fine, but I never lie. Instead, I smile and say, “I gave it up. I’m a girl, not a stick.”

“Okay, forget your figure. What’s the chocolate doing to your vocal chords? You might as well wrap your instrument in cotton.”

OMG! That’s like hearing Bowen or some other teacher ask me why I’m sabotaging my future. So here’s the whole truth: I eat when I get nervous, and today I’m so nervous I grabbed a whole handful of M&Ms without even thinking.

We take auditions seriously here at San Ramos High. Once you’re in the cast, you’re part of the drama family. Our shows win awards. That’s good for the college resume, but it goes deeper. We’re all a part of one big show, and nobody ever treats a cast member like somebody’s little sister.

Jenn leans over and whispers, “Want to warm up?” She’s inside her sexy body, but sometimes she acts like a diva. I’m about to tell her my diet’s fine, but I never lie. Instead, I smile and say, “I gave it up. I’m a girl, not a stick.”

Mr. Jackson, the music teacher, takes his place at the piano. “On your feet, people,” he says. His sturdy, dark fingers pound out the chords as we sing, “Mee may mi moe moo.” I can’t hear myself, so I touch my vocal chords. They’re vibrating. My voice blends in perfectly, and I know I fit in here. I smile at Jenn as we sing, “Aluminum linoleum,” up and down the scales. Then Mr. Jackson says, “They’re ready, Ms. G.” She’s our director.

“Thanks, Mr. Jackson,” she says like it’s any ordinary day. “We’ll continue with solos for Ado Annie. Jenn McCall, you’re up.” Ms. G taps her pen on her notepad the way she does when she’s waiting for a scene to start in Beginning Drama.

Jenn wears a red skirt, a black turtleneck, and leather boots that fit like gloves. She slinks up the stairs, smiles at Ms. G, and says, “I’m ready.”

Mr. Jackson pounds out the opening chords, and she sings, “I’m just a girl who cain’t say no.” I don’t believe she means it, and that’s pretty sad considering what a flirt she is.

Nicole sits next to the Senior Sofa, staring at the rings that sparkle on her fingers. She’s new, I think, so when Jenn sits down I ask, “Do you know her?”

“She was Rizzo in Grease last spring.”

“She wore a wig, Sandee. Don’t you know anything?”

“I know enough not to insult people when they make a mistake.”

From the back of the room, Ms. G says, “Sandee, you’re not making a favorable impression.”

I clap my hand over my mouth and slowly turn. Her arms are folded across her chest, and she’s giving me the same look she gives the kids who mouth off in class. She says, “Nicole, would you start again, please?”

Mr. Jackson plays the opening chords once more, and as Nicole starts the song over, Jenn whispers, “Great. Like she needs a second chance.”

I don’t know what to say, so I reach into my backpack for another M&M—just one.

Nicole’s lilting voice fills the rehearsal room. It sparkles like the rings on her fingers.

My heart won’t stop fluttering. Calm down and focus, I tell myself, just as Ms. G says the words that could change my life: “Sandee Mason, you’re next.”

I race up the stairs with my blood pulsing in my ears. A voice that sounds like my brother, Bri, whispers, “Go for it, Sandee.” I want to turn around and look, but I know no one will be there.