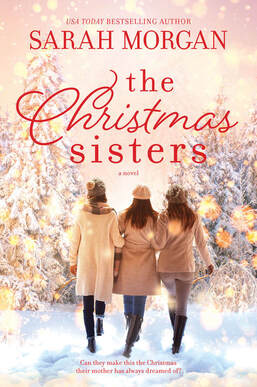 Maybe she should call her sister. Hannah would understand the lure of a career. She worked as a management consultant and seemed to spend most of her life flying first-class round the globe being paid an exorbitant amount to fix corporations unable to fix themselves.

They were due to meet up the following night, and Beth had been meaning to call and confirm.

“Is this an emergency, Beth? I’m boarding. I’ll call you when I land if there’s time before my meeting.”

How are you, Beth? Good to hear from you. How are Ruby and Melly?

Beth had always wanted to be close to her sister, and wasn’t sure whose fault it was that they weren’t. It had got worse lately. Regular dinners had become less regular. Was it her fault for only having the children to talk about? Did her own sister find her boring?

“Don’t worry.” Beth tightened her grip on wriggling, writhing Ruby. It was like trying to hold hands with a fish but she didn’t dare let go or Ruby would end up under the wheels of a cab. “We can talk tomorrow over dinner. It’s not urgent.”

“I was going to call you about that—no champagne, thank you, I’m working. Sparkling water will be fine—” Hannah broke off to speak to the stewardess and Beth tried to suppress the stab of envy.

She wanted to be in a position to turn down champagne.

No thanks, I need to keep a clear head for my meeting where I will say something important that people want to hear.

“I know.” She didn’t need reminding. And here she was, a stay-at-home mom with a growing complex that was fed and nurtured by her more successful sister. She tried not to think about the lamb marinating in her fridge or the extravagant dessert she’d planned. Hannah ate at all the best restaurants. Was she really going to be impressed by her sister’s attempts at Christmas pavlova? Whisked egg whites were hardly going to change the world, were they? And was Beth really so desperate that she needed the approval? “Where are you off to this time?”

“San Francisco. It was a last-minute thing. I was going to text you right after I finished this email.”

It was always a last-minute thing with Hannah. “When are you back?”

“Late Friday, and then I’m off to Frankfurt on Sunday night. Can we reschedule?”

The rustle of papers suggested Hannah was doing something else at the same time as talking to Beth. “We’ll fix another date. You know I’d love to see you.”

What she knew was that she was the one who put all the effort into the relationship. She often wondered whether Hannah would bother to get in touch if Beth were to give up trying. But she would never give up. Even though Hannah frequently drove her crazy and hurt her feelings, Beth knew how precious it was to have family. She intended to hang on to hers even if it meant leaving fingernail imprints on Hannah’s flesh. “Have I offended you in some way? You always have some excuse not to see us.”

There was a pause. “I have a meeting, Beth. Don’t take it personally.”

Beth had a horrible feeling it was as personal as it could get.

Like Corinna, Hannah didn’t do children, but this was more than that. Beth was starting to think her sister didn’t like Ruby and Melly, and the thought was like a stab through the heart.

“I’m not overreacting. You’ve pulled away.” Corinna had been her boss—there was no obligation on her to like Beth’s children, but Hannah was their aunt, for goodness sake.

“We’re both busy. It’s difficult to find a time.”

“We live in the same city and we never see each other. I have no idea what’s going on in your life! Are you happy? Are you seeing someone?” She knew her mother would ask her, so she considered it her duty to be an up-to-date source of information. Also, she was a romantic. And then there was the fact that if Hannah had a partner they might see more of each other. The four of them could go out to dinner.

But apparently it wasn’t to be.

“This is Manhattan. It’s crowded. I see a lot of people.”

Beth gave up trying to extract information. “Ruby and Melly miss you. You’re the only family that lives close by. They love it when you visit.” She decided to test a theory. “Come over next weekend.”

“You mean to the apartment?”

Beth was sure she hadn’t imagined the note of panic in her sister’s voice. “Yes. Come for lunch. Or dinner. Stay the whole day and a night.”

There was a brief pause. “I’m going to be working right through. Probably best if you and I just grab dinner in in the city one evening.”

A restaurant. In the city. A child-free evening.

Beth scooped Ruby up with one arm, feeling a wave of love and protectiveness.

These were her children, her kids, her life. They were the most important thing in her world. Surely her sister should care about them for that reason if nothing else?

The irony was that because Hannah rarely saw them, the girls saw her as a figure of glamor and wonder.

Last time Hannah had visited, Ruby had tried to crawl onto her lap for a hug and Hannah had frozen. Beth had half expected her to yell “get it off me!” In the end she’d removed a bemused Ruby and distracted her, but she’d been hurt and upset by the incident. She’d remained in a state of tension until her sister had left.

Jason had reminded her that Hannah was Hannah and that she was never going to change.

“You mean Mom.” Beth unpeeled Ruby’s fingers from her earring. “Why can’t you ever call her Mom?”

“I prefer Suzanne.” Hannah’s tone cooled. “I’m sorry I’m canceling, but we’ll have plenty of time to catch up over Christmas.”

“If by ‘home’ you mean Scotland, then yes—” Hannah’s voice was muffled as she said something else to the stewardess—I’ll have the smoked salmon and the beef -