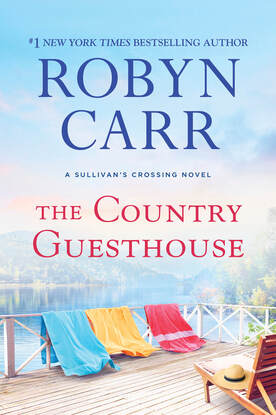 Owen and his Great Dane, Romeo, came around the lake and up the road to Sully’s store. Sully was sitting on the porch with his son in law, Cal. His little granddaughter was sitting on the porch steps. The second three year old Elizabeth saw them, she clapped her hands and yelled, “Womeo!” The Great Dane paused, turned his big head to look up at Owen. “Okay,” Owen said. Romeo took off at a gallop, looking like a pony, loping across the yard to his welcome party. Sully’s lab, Beau, met Romeo at the porch steps and the two dogs treated themselves to a trot around the yard.

Owen leaned his walking stick against the porch, doffed his backpack and ruffled Elizabeth’s hair as he took the steps.

“I only see the good stuff if I leave the camera at home,” he said. He shook Sully’s hand, then Cal’s. “Looks like the campground’s filling up.”

“It’s always spring break somewhere,” Sully said. “At least I get the outdoorsy type instead of the drink till you puke type.”

Owen laughed. “Good planning, Sully. Is it too early for a beer?” he asked, looking at Cal’s beer.

“I hope not,” Cal said. “Maggie’s in Denver. I’m holding down the fort with Elizabeth’s help.”

“Your secret is safe with me,” Owen said.

“That’s nice, but unnecessary. Now that Elizabeth can actually talk, nothing is sacred.”

Owen got himself a cold bottle of beer from the cooler inside, left a few bucks on the counter and wandered back onto the porch. He sat down, stretched his very long legs out in front of him and took a long pull on his beer. Romeo and Beau wandered back to the store porch. Romeo treated Elizabeth to a full face wash, cleaning off her face with a few hearty licks. She said, “Oh-oh-oh-oh Womeo! I love you, too.”

“Why can’t the weather be like this all year?” Owen asked the men.

“Because we need that snow pack,” Sully said. “Don’t need those summer fires, though. You just coming home or you getting ready to go again?”

“I’ve been back a week,” Owen said. “Next is Taiwan in about a month, but they’ve been having some serious weather issues right where I plan to shoot. I’m keeping an eye on that.”

Owen, a photographer, was a freelancer. When he was younger he did a lot of portraits, school pictures, weddings, family pictures for the Christmas card, that sort of thing. When he was in his thirties he began doing more artistic photographs and sometimes more political photos – war ravaged villages, impoverished countries, the poverty or decadence in his own country, as well as interesting or beautiful landscapes, mountains, wildlife. Then he wrote accompanying essays or blogs for his photos and became something of a travel writer, with a twist. He would expose the blunders, chaos, humor and turmoil in his own little world of professional photography and he became reluctantly famous. He snuck into the kitchens of five star hotels, back stage at concerts, into locker rooms and behind the scenes at dog shows – anything that seemed interesting and appeared to hide a secret or insight or revelation. A few books were put together and for some crazy reason, people bought them.

What he was after was art and travel, experiencing other cultures. And solitude – he very much liked his own company. He always traveled alone.

“I’m spending a couple of weeks in Vietnam in July. I love Vietnam.”

“It’s so polite of you to remind me I’m old enough to be your father,” Sully said.

“Some kind of convention in New York.”

“And you never go along?”

“Not to these book things,” Sully said. “She’s better off without me. She and the writer friends whoop it up. I don’t have the wanderlust like you and Helen. And someone has to be around here to mind the store. I can’t see renting out my place like you do yours.”

“That doesn’t always work,” Owen said. “Well, there are times it’s a little awkward. Sometimes a trip doesn’t work out and I end up being on the property. That’s only happened twice before. The Realtor who manages the rentals around here always contacts the guests and offers a refund or another place but if they want the house, I just stay in the barn and they mostly ignore me.” He took a drink of his beer. “I should probably sell the house and move into the barn. It’s really all I need.”

“Why’d you build that big house then?” Sully asked.

The barn was a studio and guest house. There was a bedroom and kitchenette behind the studio. The light was good. He had all his equipment set up there plus shelves for his favorite books. There was a bigger library in the house – Owen loved books. He took people in very small doses and liked being alone. He was drawn to nature, travel, reading, quiet and his work. He blew up and transferred his pictures onto canvases, mounted them himself, carted them around to a variety of galleries and gift shops and the last few years he had been consigned to provide his photos to hotels, restaurants and private buyers.

“I live in a barn,” Cal reminded Owen.

“My barn isn’t as fancy as your barn. It’s a shop. With a bed in it. But my house trumps your house.” Then he grinned.

“What do you do with all those bedrooms?” Sully asked.

“I rent it out as an air bnb. In a few years I might sell it, I don’t know. I like the shop. And sometimes my sister and her kids come. Plus, I have friends…”

“About six,” Sully said, smiling. “And a town. Plus the Jones clan intermarried with some of my friends so now I have a big family, and I never saw that coming.”

“Neither did the Jones clan,” Cal said.

“Is all your family here now?” Owen asked Cal.

“All but my sister, Sedona – she’s still back east, but she turns up regularly for visits. Sierra and Connie are neighbors. Dakota just took a teaching job right smack between Boulder and Timberlake so we see him and Sid a lot. Sid’s brother and his wife are in town. It’s a web. I could make you up a chart.”

“Is there going to be a test?” Owen asked. But he was thinking he had far fewer connections and he wondered if they found him odd. But of course they found him odd – he was six-five and thin, seen wandering around the trails with his backpack full of cameras and his Great Dane named Romeo, his big house full of unused bedrooms that he let strangers borrow, his solitary life that he explained away as a life of art when the truth was he was afraid of close relationships and he distracted himself with art and travel. Women hit on him a lot, they probably suspected he was rich. From time to time he let them catch him, just not for long. He was only a little rich. He made a very respectable living.

“If you met the right woman you could have a mess of kids,” Sully said…