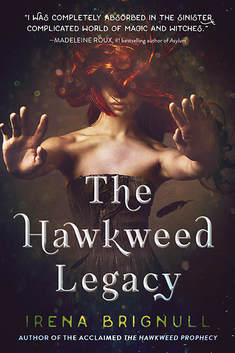 She had been sleeping for months now, stirring only rarely to nibble on nuts and seeds. During her hibernation, she’d hardly woken from the dreams that had drifted her so far from the darkness of the hole in which she lay. But today she felt a shift in the temperature and a warmth on her back. It was spring.

The woman uncurled her drowsy limbs and crawled out from the roots of the tree. The colors were so vivid they hurt her eyes. She blinked, struggling to adjust to the light of day. When she’d taken to her earthy bed, it had been winter, and nature had slumbered with her, suspending all production. But now she could see grasses growing green and tall, and yellow daffodils summoning the sun. The beginnings of blue bathed the sky. The blackthorns blossomed white and she knew the cherry trees would follow soon with their pinks. The woman stretched her arms up high, then wide, relishing the space, lifting herself up onto her tiptoes and tilting her face to the vast expanse above. She breathed in the fresh air, long and deep, exhaling the dank soil scent of the burrow that had entered her lungs and lodged there.

Betony was her name—this she could remember, though nothing else of her younger life. She sensed she had not been born here. She imagined some place far afield, another darker wood, but she could not picture any family there. Someone must have taught her the words that came to her lips and the knowledge that filled her mind. How to forage and plant, to store and cook, to survive. She hadn’t always been alone, that was for sure. Yet, for seventeen years, she had lived this way. On the banks of rivers, in the thickets, pulling her barrow of seeds and clippings, avoiding the people who stared at her and kept their distance.

The lake was cold. Its water was refreshing to drink but bracing to wash with. Betony’s skin prickled as she stepped into the shallows. A speckled fish slid silently around her, its scales slippery on her skin.

“Hello, old friend,” she croaked, sounding like the toads who were leaping onto lily pads to watch through bulbous eyes.

Then, from the lake, appeared another familiar face, this one with black nose, long teeth, and whiskers. It rolled onto its back and waited for her to tickle its tummy.

“Otter.” She smiled, reaching out a hand to stroke its silken fur. “Now let me bathe, for I must stink.”

The otter flipped and dived under the water as she began to splash herself—her legs, her face, under her arms, her belly. Her hands lingered there. This was where she felt it most—the emptiness. Not in her heart or her mind but in her middle. She felt a tear upon her cheek. Then another. She didn’t know why she was crying. She just knew she had good reason. For her tears refused to be forgotten. As they hit the water, they turned to stony beads of white that sank and glinted from the riverbed below.

As a bird, there had been little thought, just instinct. No yesterdays and no tomorrows. No prophecies from the past. No visions of the future. Just the present. And it was liberating— existing in the moment, this second and only this. Poppy Hawkweed had transformed into a swallow to seek freedom and, up there, in the endless skies, she had found it.

Her tiny wings had carried her thousands of miles, so much farther than her human legs had ever taken her. No map—just the setting sun and the night stars and the earth’s pull. No company— the other swallows had left in the autumn while the weather was still mild. Without her magic, speeding her on, protecting her, she would have failed. She was certain of that. First the bitter cold of winter, then the blistering heat of the desert to contend with, as well as the constant threat of hungry predators and thunderous storms. Poppy was amazed that, each year, so many birds survived. Their migration felt far more marvelous than anything she might conjure.

The farther she’d flown, the more the endeavor had taken over all her mind and body. The world was vast and she a mere puny ball of feathers, knocked by gusts and tossed by gales and yet still flying on. So many people below—chaffs or witches, she could not tell. They looked the same from up high. So many forests, rivers, mountains, fields, so many homes to stop and live in. But Poppy had kept on going to where the other swallows had finished their journey some weeks before.

Here, in Africa, beyond the smudge of cities and smatterings of smaller towns stretched a seemingly boundless area of sloping hills and plains where animals, large and small, roamed wild. This land was unscarred by fences or electricity towers, roads or railroad tracks. There was hardly any trace of man at all. Zebras were bending their necks to sun-bleached grass. Beyond them, a vast herd of wildebeest ran, dust rising from their hooves like smoke. And, in the distance, a river curved like a reel of ribbon dropped from above.

Weak with exhaustion, Poppy began her descent. For a moment she felt she might tumble. I can’t die now, she thought. I’ve come so far. And I don’t know who I am yet. Then a breeze, warm and welcoming, came to usher her in, carrying her downward to meet this new earth.