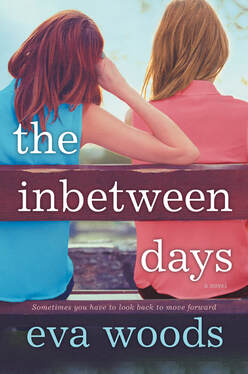 Two hundred and fifty-three. That was how many people heard or saw it when Rosie Cooke stepped in front of the bus on a bright, cold morning in October, as it crossed a bridge spanning the gray, muddied waters of the Thames.

Another ten would have seen it, but they were so engrossed in their phones they didn’t know anything was wrong until the screams started, and the traffic stopped and for a moment in the beating heart of London everything was still and quiet and terrible.

An office worker on the twenty-seventh floor of a skyscraper saw it as he sat at his desk, thinking about leaving his job before it crushed him, but turning over and over in his head the size of his mortgage and the children’s school fees. He frowned at the sound of screeching brakes that carried all the way up to him, and then went back to his spreadsheets.

Three people on the bus that hit Rosie were late for work. Another missed an interview for a recruitment job she hadn’t really wanted anyway, and decided she was going to go travel ing to Brazil instead. There on the beach, caipirinha in hand, she would meet her future husband, Cristiano.

A woman stuck on the bridge, which was closed off for hours, had to stay late in the office to make up the time and cancel a first date with the man she would have married, who six months from that day would have slammed her head against a wall when she shrank his jumper in the wash. Twenty-three people missed their trains. Two got fired. One of the paramedics who answered the 999 call decided this was the final straw, and he was going to quit his job and retrain as an art therapist. In the crowd, a party of hens from Glasgow got entangled with a bachelor party from Cardiff, and went on a riotous night out in the West End, after which more than one monogrammed T-shirt ended up on the floor of a Premier Inn. A small child who saw the accident happen became so afraid of crossing the road that for the rest of his life he’d have to count to three before taking the plunge, and eventually move out of London to that Channel Island that has no cars on it. The driver of the bus would take early retirement, and move with his wife to the Costa del Sol, where he’d never get behind the wheel again. His wife, who’d been thinking of leaving him, would decide to stay now that he seemed to need her more. She’d take her driving test and become very interested in vintage cars. Two young women on a different bus struck up a conversation after one burst into tears, and six months later would move in together. In two years’ time, they’d be happily married and adopting a child from Romania. More than one person went home to their partner that night and held them a bit tighter, spoke a little more kindly, overlooked the dirty socks on the floor. At least one child was conceived as a result. As many as fourteen people decided to abandon their diets and have a biscuit when they reached the office (for the shock). The street cleaner who had to mop up the blood had a flashback to the war-torn country he’d fled, but got on with it anyway, because what choice did he have? The doctor who met the ambulance, newly in post and on hour twenty of a shift, locked herself in the loos to cry afterward. The ripples from the accident spread out, across London, across the country, across the world, far into the future.

And as for Rosie, she knew nothing about any of this, because for several minutes in the ambulance she was actually clinically dead.

But she came back. In a fashion, anyway.

“Stats are very worrying. Where the hell’s Andy?”

“Get the crash cart and page him now!”

How strange, she thought. She’d fallen asleep in front of an old episode of ER. She hadn’t watched that since…she had no idea. What was stranger, though, was that hands were touching her. Gently, but in a professional, distant way. Someone held her wrist, and someone else kept pulling out bits of her hair. It hurt. Ow, she said. Ow. No words seemed to come out of her mouth. She tried to open her eyes but they felt stuck shut. Her face felt…gritty. That was strange. Had she blacked out? What’s happening?

A strange bright light was shining through her eyelids, as if someone was interrogating her. She tried to move away from it, cover her face, but her arms didn’t move. And breathing was so hard. As if someone was sitting on her chest, some small but very heavy person. Danny DeVito maybe. What the hell? For a moment, with great effort, she forced her eyes open a crack. This wasn’t her room. It was too bright, and there were plastic curtains, and on the other side of them another bed and something happening on it. It took her brain a while to figure out what it was. A man in motorbike leathers, but his chest was open and red. People in masks pulling on him, packing things into him, attaching tubes and wires. What’s going on? She thought for a second she could see his heart beating, right there, open to the air, and a surge of panic went through her. Is he…am I watching someone die?

The man had longish fair hair, and just for a split second his eyes, bright green, opened and he looked right at her. Her heart jumped in terror and her eyes fell shut of their own accord, like drawbridges slamming down.

“…responsive. Call Doctor Khan and have her transferred to the ICU.”

Now someone was tapping her eyelids. How very rude these people were. “Rosie? Rosie, can you hear me?”

Yes, Rosie, that was her name. Her name was Rosie and she was…how old?…and…she couldn’t seem to remember any more. Where was she? Why did everything hurt? What the hell’s going on?

“Rosie, you’re in the hospital. You’ve had an accident. A bus hit you but you’ve been very lucky, you’re still with us.”
​
A bus had hit her?