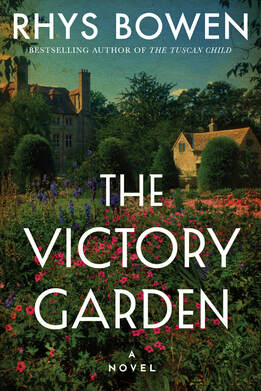 Emily tried not to break into a run as she went up the drive and then hurried down the lane. She didn’t see him at first as she approached the gate, and felt absurd disappointment. But as she looked towards the house, she saw him coming, walking slowly with the help of crutches. He spotted her and tried to hurry. Emily held up a hand. “Take your time or you’ll trip.”

He was quite out of breath when he reached her, with beads of sweat on his forehead, making her realize how much this simple walk was hurting him. “Sorry about that,” he said. “I had to wait for the doctor’s visit. They were concerned about one of my burns not healing properly.”

“You probably dislodged the dressing when you climbed through the hedge,” she said.

“All the better for seeing you.” He gave her a reassuring smile, then looked around. “Let’s go under the trees over there, where we can’t be seen. I don’t think anyone would mind us chatting, but word might get back to your mother.”

“Good idea,” she said, and walked slowly beside him. “My mother has launched herself into planning my twenty-first party. I told her I didn’t want anything special, and I feel it is wrong to hold a big celebration when the country is still at war and so many people are suffering, but she’s determined. She wanted me to be presented at court, you know.”

“My word,” he said. “I didn’t realize you were royal or something. Should I call you ‘Your Highness’?”

Emily laughed. “We’re not royal. We’re not even aristocratic. My father was the son of a vicar and rose to become a judge. My mother is solidly middle class. Her father was a bank manager. But she has grand ideas. She was set on my marrying a title.”

“I’m set on marrying for love. There was one young man I was rather keen on, when I was eighteen. But he was killed in Flanders, the same week as my brother.”

“War’s a bugger, isn’t it?” he said. “All the mates I started out with are gone. And now most of the boys I fly with.” He said it in the most matter-of-fact way, as if it were something quite expected.

She felt a shiver of alarm. “You won’t have to go back, will you? Not after all your injuries. Won’t they send you home to Australia?”

“But I want to go back. I have to. Aeroplanes are making a difference. We’re actually winning at last. I have to do my bit.”

“But you’ve already done more than your bit.” She said it more vehemently than she had intended.

He smiled at her. “Don’t worry about me. I live a charmed life. God doesn’t want me and the devil won’t have me.”

“You don’t want to get too fond of me, Emily. I’m unsuitable, remember.” He finished the phrase lightly and gave her a wink. “Anyway, the war’s going to be over soon. That’s what everyone’s saying. And as soon as I’m released from duty, I’m going back to the farm, to work with my dad.”

“Do you want to do that?” she asked cautiously. “Now that you’ve seen more of the world? You told me I should find the courage to live my own life.”

He was frowning. “Oh, but I want to. It’s a bonzer life. All that open air and freedom to do what you want, and I’ve got grand ideas for making things better. I’m going to have an aeroplane shipped from here. Think what we can accomplish with that! Check the waterholes and for broken fences, y someone to a hospital, even go and visit a neighbour. My word. An aeroplane will change everything. I might even ship more than one and teach other blokes to fly.” He looked so animated, but then his smile faded. “But like I said, the outback’s no place for a woman, especially not a woman who is used to fancy things.”

They chatted for a few minutes longer, then Emily realized she shouldn’t stay out too long.

Emily nodded. She almost skipped like a small girl on her way to the pillar box. It was no good Robbie saying that she shouldn’t get too fond of him. She already was.